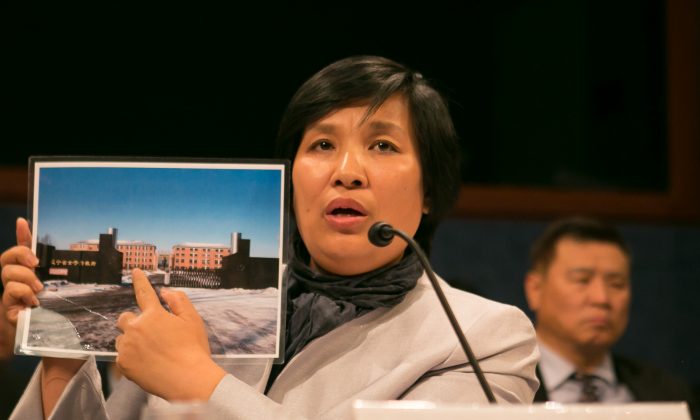 The Chinese communist regime plays a significant role in several types of transnational crimes, according to a report by a Washington-based think tank.

The Global Financial Integrity report has helped to highlight issues relating to the forced labor and intellectual property infringement.

“China is a major source, transit point and destination for narcotics trafficking, with the annual value of the national drug industry estimated at $82 billion”says the report.

This document cites figures from the Global Slavery Index (GSI) regarding human trafficking. The GSI estimated that in 2016 there were more than 3.8 million victims of Chinese modern slavery. Combining these figures with the average annual profit of $5,000 per victim in the Asia-Pacific region, established by the International Labor Organization, the think tank concluded that human trafficking in China generated a total profit of $19 billion. .

The report also named China as an actor “preeminent” in the area of ​​counterfeit and pirated goods.

The United States Chamber of Commerce has estimated (pdf) that 86% of counterfeit goods in international trade originated from mainland China and Hong Kong, worth nearly $438 billion according to the most recent estimate of international trade.

Regarding wildlife trafficking, the report cites an official document published in 2017 by the Chinese Academy of Engineering, which estimates the value of legal wildlife trade at $74 billion. In other words, China is the source of more than 62% of the world market.

“China is thus the biggest player in the legal and illegal trafficking of wild animals”says the report.

Global Financial Integrity noted that the Chinese regime not only condones these crimes, but actively engages in certain types of criminal activity.

“The People’s Republic of China (PRC or China) plays an extremely important role as a source, transit or demand country for many of the most widespread and serious transnational crimes. The country is unique in that the government itself engages in certain types of criminal activity, including forced labor and violations of intellectual property (IP) rights. In addition, the country’s economic and social policies have significant repercussions on the presence and prevalence of these crimes, both nationally and internationally. Furthermore, the country’s willingness to cooperate and act on these crimes in the global context has been relatively limited”continues the report.

Use of labor camps

Political activists as well as members of religious groups are targeted by the Chinese communist regime which subjects them to forced labor “in the context of their detention”according to the report.

Although the CCP claimed at its 2013 National Congress that it had ended the re-education through labor system and closed most of its sites, forced labor continues secretly. The existing establishments simply changed their names and became “drug rehabilitation centers” or “administrative detention centers”.

Channing Mavrellis, director of illicit trade at Global Financial Integrity and author of the report, told Epoch Times that the Chinese communist regime derived two advantages from forced labor: first, it is “the best way to deal with dissidents”then it provides free or low cost labor.

According to Minghui, a US-based organization that collects information about the persecution of the spiritual group Falun Gong in China, prisons and forced labor camps across China were mostly short of funds before the start of the war. persecution. Many were on the verge of bankruptcy, with dilapidated facilities.

When former Chinese dictator Jiang Zemin launched the persecution of Falun Gong in 1999, the CCP pumped huge sums of money into prisons and so-called re-education through labor camps, allowing them to imprison a large number of Falun Gong practitioners. The regime then fully guaranteed funding for prisons and exempted them from corporate income tax and land use tax. These prison companies took advantage of this preferential policy and used land, factories, facilities and enslaved workers without financial compensation, to engage in production and trade activities.

The CCP is also a criminal state that has mastered intellectual property theft. The National Bureau of Asian Research, an American think tank, estimates that China is responsible for 50-80% of international intellectual property theft worldwide. The Global Financial Integrity report points out that the majority of patented technology thefts are sanctioned by the Chinese regime.

Quoting the Chicago Grandstandthe report also said that the regime not only relies on spies to practice commercial espionage, but also encourages and rewards Chinese citizens studying and working abroad to steal technology.

The article of Chicago Grandstand detailed the intellectual property theft lawsuit involving two Chinese nationals working for Apple Inc. These two former Apple employees have been indicted in the United States for allegedly stealing patented material related to self-driving cars, including photos, schematics and manuals. The two individuals were in the process of applying for positions in Chinese companies in the self-driving car sector.

How can you help us keep you informed?

The Epoch Times is a free and independent media, receiving no public support and not belonging to any political party or financial group. Since our inception, we have faced repeated attacks to silence our information. This is why we count on your support to defend our independent journalism and to continue, thanks to you, to make known the truth.