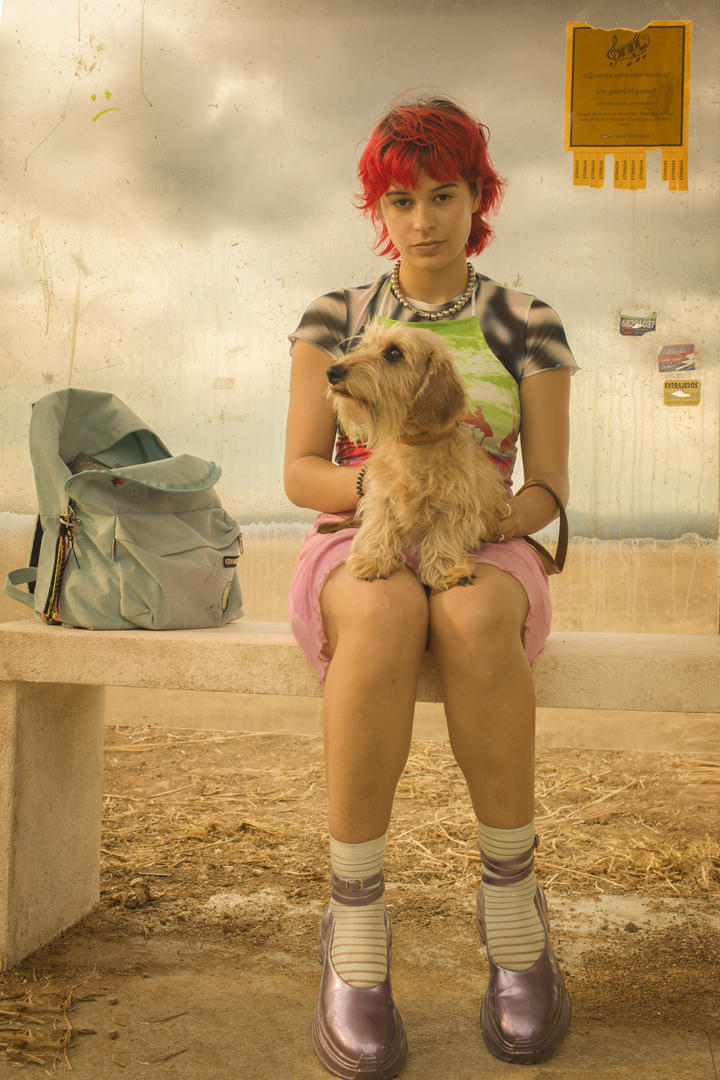 P.aco Leon presents the movie Netflix Rainbowa modern re-reading of Dorothy’s adventures in finding herself and who she wants to be.

Rainbow is the movie that Netflix offers from 30 September exclusively. It is directed and written by Paco Leonactor who went behind the camera. It is a modern tale of a training path loosely inspired by the classic The Wonderful Wizard of Oz.

Among the interpreters of the Netflix film Rainbow we find Dora Postigo, Áyax Pedrosa, Wekaforé Jibril (aka Spirit Disco), Carmen Maura, Carmen Machi and Luis Bermejo. A prolific performer, Paco Leon is one of the most exciting names in Spanish cinema and television. He is remembered in many films in which he starred but his fame has grown exponentially after his participation in the cult TV series, also for Netflix, The house of the flowersnext to Veronica Castro.

The plot of the film Rainbow

At the heart of the Netflix film Rainbow there is the character of Dora, played by Dora Postigo. Dora is a teenager with an extraordinary talent for singing and with an enthusiasm that is difficult to contain. After a strong argument with her father on her birthday, Dora leaves the house in the company of her dog Toto and begins the journey in search of her mother, who has disappeared since she was a child.

Along the way, Dora makes new friends with whom she walks towards Ciudad Capital but with whom she also faces dangerous enemies who try to prevent her from discovering the mystery linked to her past by all means. However, Dora’s vitality and magic will help her reach her destination, an ending that will mark the beginning of yet another journey.

Realize who we are and who we want to be

“After the end of the tv series Madrid burns and with the help of my producer friend Sandra Hermida the need for a change arose in me, to face new territories”, he commented Paco Leondirector of the Netflix film Rainbow. “We were planning to go to Los Angeles to write Rainbow with Javier Gullon but suddenly the pandemic arrived. We then decided to write it remotely, closed in our homes but with the desire to travel, experience adventures, party and let ourselves go to fantasy. And fantasy was needed as an antidote to the moment we were living in”.

So, in the minds of the Netflix film writers, Rainbow was born as a response to the Covid pandemic and its restrictions. “The lockdown has forced us all to great existential reflections on the meaning of life and death. But it also pushed us to seek the roots of who we are and to understand how important it was to know and accept each other. And in this that The Wonderful Wizard of OzL. Frank Baum’s novel, came to meet us,” added Leon.

The reference to Dorothy, her dog Totò and her journey to the Emerald City is evident right from the plot. “Following the novel, Rainbow places the journey as a metaphor for life: we ourselves are the destination, the way we face the journey and who we travel it with”, concluded Leon. “The story tells the initiatory journey of a teenager who becomes an adult, discovers who she is and realizes who she wants to be. But it also pays attention between an old way of seeing things, represented by the previous generation, and the change that a new generation – young, subversive, adolescent or discriminated against – demands”.

Defined by Leon as a musical without being a musical in the strict sense, Rainbow is a Netflix movie populated by different characters. Let’s take a look at the main ones.

She is an intelligent, generous, vital teenager with a great talent for music. She lives alone with her father but, on her sixteenth birthday, she decides to run away from home in search of her roots. She will meet new friends and enemies that will change her life.

Wild and unpredictable, he lives chained in a junkyard until Dora frees him. They immediately become friends but our “scarecrow” has mental problems. However, at the same time, he has an almost Shakespearean lucidity that leads him to always tell the truth.

Free spirit, sensual, fluid and magical. Everyone, even his brother, would like to contain him and curb him. But Akin constantly escapes social chains and stereotypes.

Wife of the billionaire Arturo Weizexk, she owns the W conglomerate. She lives under the illusion of becoming a mother even though she is over 70 years old. Everything she has will be threatened by Dorothy’s arrival.

She went from being Coco’s maid to her best friend. However, things haven’t gotten much better for her. Trapped in a golden prison, she lives a lie that wears her down constantly.

He lives in full emotional and existential crisis. And he is always looking for reasons to live.

Dora’s father, he is completely overwhelmed by his daughter’s adolescence.

Rainbow: Pictures from the Netflix movie

Rainbow: The Netflix film that reinterprets The Wizard of Oz in a fluid and modern key – The Wom