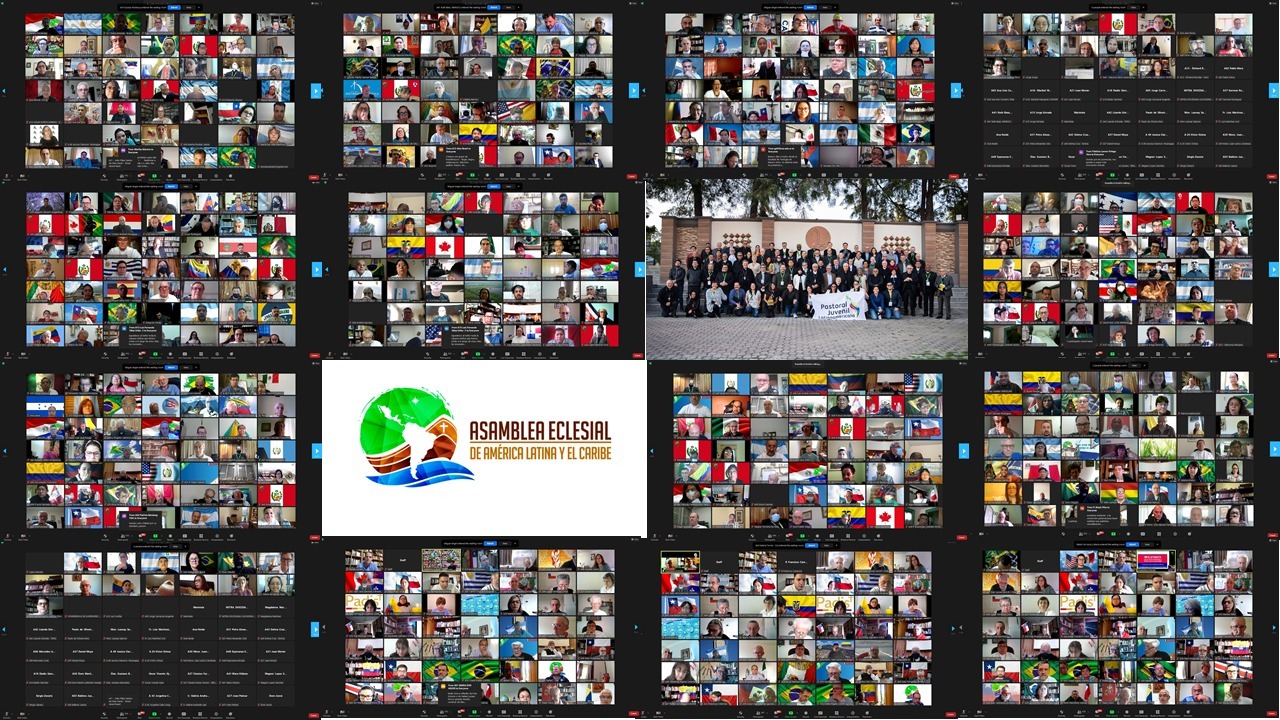 A prophetic and formative dimension that can be considered one of the bases for the transmission of the faith, following the ecclesial Tradition and the guidelines of the Magisterium.

From multiculturalism, it seeks to deepen incarnated spiritual formation, in the culture of care, starting from Baptism and focused on the option of the poor

It is based on the premise that Christian formation must be comprehensive, seeking to contribute to personal and community human development.

Training is a pedagogical option for young people, seeking to give testimony and take it to the peripheries, from an integral formation in their groups.

The first anniversary of the Ecclesial Assembly of Latin America and the Caribbean has motivated the holding of six meetings in which the participants of what they experienced in Mexico in November 2021 are resuming the different dimensions present. This Wednesday November 23 has been the time of the Prophetic and Formative Dimensionseeking to appropriate the text that includes the reflections and pastoral proposals of the Ecclesial Assembly: “Towards a synodal Church going out to the peripheries”, presented to Pope Francis on October 31.

A prophetic and formative dimension that can be considered one of the bases for the transmission of the faith, following the ecclesial Tradition and the guidelines of the Magisterium. The formation was an insistence of the Second Vatican Council, which calls for the formation of young people and adults, something that is assumed by the General Conferences of the Bishops of Latin America and the Caribbean. Thus Medellín calls for an integral and liberating formation, Puebla for a formation to give instruments to a mature laity, Santo Domingo for the integral formation for all pastoral agents, and Aparecida for the formation for the missionary disciples.

On these elements they jointly reflected Father Boris Agustin Nef UlloaPhD in Biblical Theology from the Gregorian University of Rome, and director of the Faculty of Theology of Our Lady of Assumption at the Pontifical Catholic University of São Paulo, and the Sister Ruperta Palaciosfrom the Congregation of Missionary Carmelites of Santa Teresa, which belongs to the Latin American team of Pastoral Afro, and has organized and participated in the five Continental Encounters of Afro-American Pastoral (EPA).

Contributions of the Ecclesial Assembly

In their reflection, they pointed out that the contributions of the Ecclesial Assembly regarding the prophetic and formative dimension can be grouped into four basic pastoral proposals: A comprehensive formation program for the entire People of God; Formation in synodality to overcome clericalism; Formation for social commitment in light of the option for the poor; Promote the renewal of formation in seminaries and religious houses.

It starts from the premise that Christian formation must be comprehensive, seeking contribute to personal and community human development. For this, the need to accompany permanent processes in the path of faith that begin in Christian initiation and require constant updating was highlighted. A formation from the bases and that reaches all ecclesial spaces, seeking to provide means to achieve effective communication, accentuating the ability to listen, fraternal and inclusive relationships, and teamwork.

From multiculturalism, one seeks deepen in the embodied spiritual formation, in the culture of care, starting from Baptism and centered on the option of the poor. To this end, they advocate a progressive, dynamic and comprehensive training itinerary, for new training topics in seminars, for betting on popular education and giving greater importance to education in the proper use of technology.

We cannot forget that the Ecclesial Assembly invites promote and strengthen a formation based on a synodal model, in which the entire People of God participates, overcoming clericalism, the dichotomy between different expressions, cultural and generational, and all kinds of abuse and mistreatment, where we all feel safe and welcomed. To this end, co-responsible participation and the appreciation of charisms, gifts, services and ministries are sought in decision-making in ecclesial spaces. Also a pastoral of the encounter centered on the spirituality of the incarnation and communion.

Option for the poor in a Samaritan and prophetic Church

Based on the Medellín proposals, the Assembly proposes a formation for social commitment in light of the option for the poor, being a Samaritan and prophetic Church, which promotes formation in the Social Doctrine of the Church. For this, generate study groups, interaction and dialogue among all the members of the People of God, articulation of networks for the defense of life, networking and coordination with different actors of civil society.

In view of the renewal of formation in seminaries and religious houses, the aim is to help respond to the challenge of a Church going out to the peripheries, with candidates for the priesthood and consecrated life faithful to Christ, close to the people, humble servants, prophets who announce good and denounce evil. This in search of eradicating clericalism and authoritarianism in the Church, from new institutional, synodal and inculturated models.

Training as a pedagogical option for young people

A theme that was also illuminated from a youth perspective by María José Bolaños, from the Youth Ministry of Mexico, insisting that training is for them a pedagogical option, seeking to give testimony and take it to the peripheries, from a comprehensive training in their youth groups. It is sought from the Gospel and the Magisterium that the young person can have a relationship with himself in order to have a relationship with the family, with society, with God and with Creation.

From there the participants of the meeting discussed in groups, seeking to listen to each other, walk together, share their experiences and enrich each other from the experiences of their communities, the search for processes to assume the lines of action around this pastoral dimension. They were encouraged by Bishop Jorge Lozano, who called continue to grow together in the missionary discipleship of the continent.

We give you ‘Past, present and future of Opus Dei’

Prophetic and Formative Dimension: Integral, overcoming clericalism, from the option for the poor