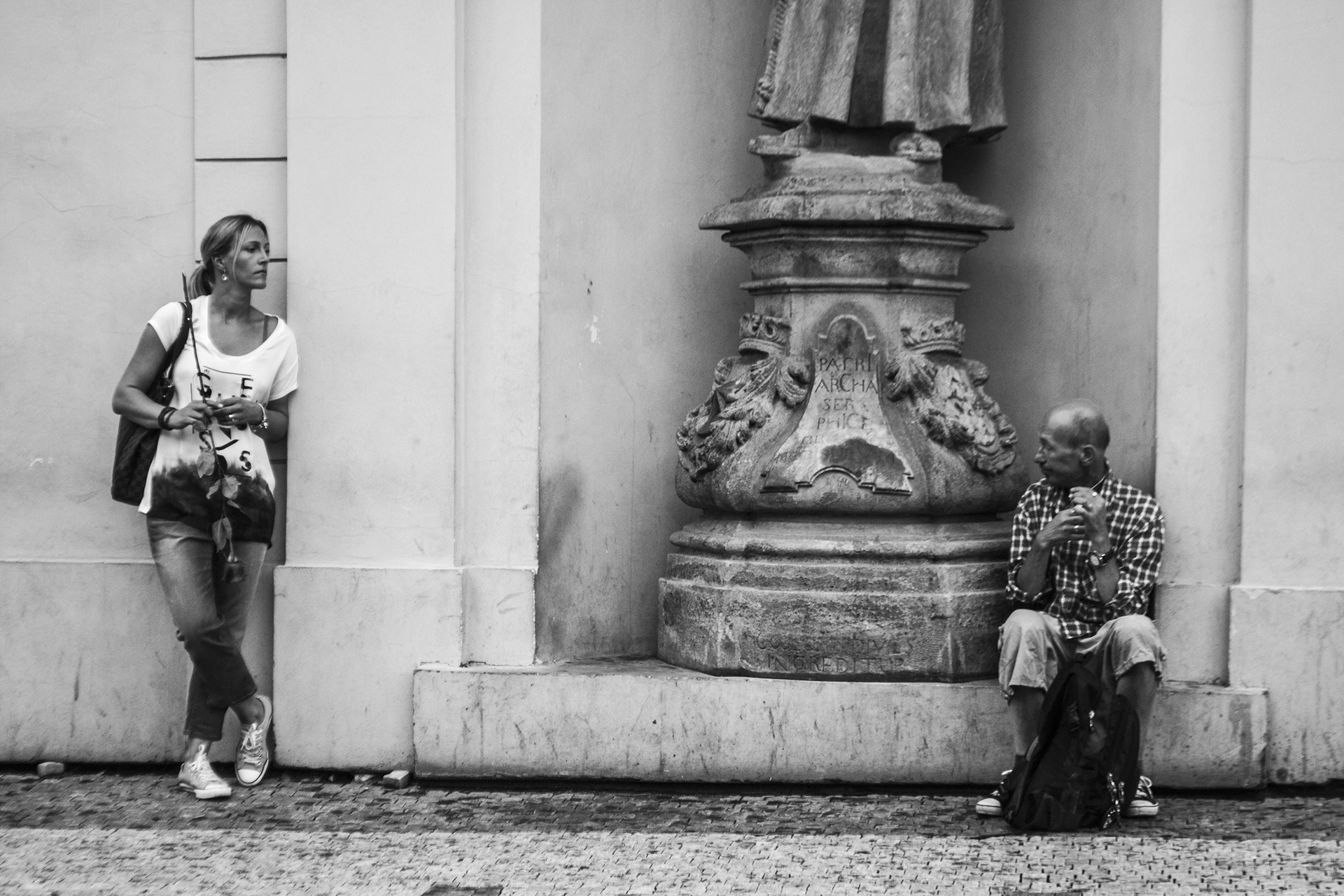 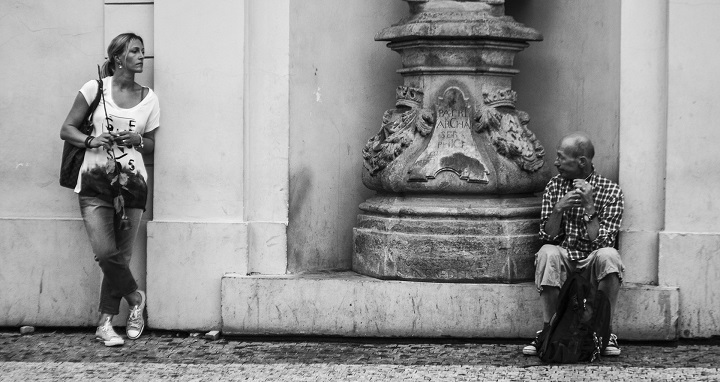 In the program of the Italian Bishops’ Conference, according to the words of Bishop Zuppi, “formation” is foreseen as a central theme. I would like to discuss this topic, which I consider fundamental, starting with a question: which training?

Today is the time for salt

I would like to continue my reflection on the “light and salt” published in WeekNews of 13 December 2021 (here). On that page I tried to imagine the future of the Church as the action of salt, in the sense that she will have to act in a predominantly silent way, without appearances, concrete, driven by profound motivations. This method goes against the trend of the historical phase we have experienced so far: we have privileged light, causing detachment, appearance, exhibition, roles and protagonism.

Returning to “formation”, I believe that until now this essential action of the Church has always been lived with the scheme of “light”, that is, with the scholastic method. A friend of mine told me a nice joke: «The Church, in order to stand, needs to always be seated!». What is the meaning of this joke? We understood “formation” as the education of knowledge to be learned using the didactic method: meetings after meetings, conferences, creation of events, courses and appeals, catechetical years, training evenings, training weeks, spiritual exercises, Bible school, school of the Word…

Behind this method is hidden a face of the Church which – in my opinion – has few prospects and little hope. One thing is certain: it suffices to look at the anguish of those who lead communities and who are forced to measure the ever-decreasing numbers of participants in these appointments and realize, at the same time, that they remain increasingly trapped in a scheme that seems , unfortunately, as the only one still viable.

My experience as a prison chaplain

I came to these reflections after having lived for 35 years in the parish (15 as a chaplain and 20 as a parish priest) and after nine years of holding the role of chaplain in the prison of Vicenza. I asked myself this question: “What is my job as chaplain in a prison institution?”.

According to tradition and canons, it should be that of religious representation as a Catholic Christian, responsible for evangelization and celebrant of all rites.

The more time passes, the more I am realizing that my task has changed: from an action made up of individual or group interventions aimed exclusively at prisoners, to an action towards the entire prison environment, so that it becomes more and more a “training environment ” and not “punitive environment”. My mission is that all those who are interned here can use this break time as a moment of reflection and therefore of restarting.

In fact, I am convinced that prison should be, at least for the majority of internees, an opportunity, especially for those who have never known the good and who, therefore, it is as if they had never been born inside. The time of detention could become like a second womb to be reborn.

Imagine, for example, someone whose parents were drug addicts: how can you expect them to have an ethical basis? When they arrive in prison, they can finally get to know the first positive things in their lives and, in this way, they can start the journey on the path of the “children of God”. Here they can meet the good! At least here! However, the good must be breathed in and not taught with didactics.

To achieve this, the whole environment must become formative: from the agents to the educators, from the director and from the inspectors to the health personnel, from the teachers to the volunteers, up to the chaplain, who can fit into this context with the proposal of the mystery/project called “Jesus of Nazareth”.

For this reason, I don’t relate only with the prisoners, but with all those I have just mentioned, precisely to make the soil fertile in which to be able to place the seed of eternity and thus allow those who have known only evil to encounter the well.

Create a “love relationship” with people

What is true for prison must also be true for every Christian community, large or small. It is necessary to create educational environments where the question of meaning, and therefore of God, arises spontaneously. God cannot be taught! God can only be experienced and, only afterwards, will it also be possible to discover him, get to know him, until realizing the trace of him in everyone’s life.

The key word is “love relationship”.

We live in an age where individualism is spreading like wildfire. This is why there is so much loneliness around us. Not only that: there is also fear and suspicion towards all those who are not perceived in tune.

The love relationship is made up of presence, attentive gaze, listening, knowledge, patience, acceptance. Such a method produces trust, acceptance, integration, to the point of opening the door to an encounter with God, without the anguish of catechesis.

The future lives above all in relationships, in love relationships. Those simple, everyday, seemingly trivial and too often taken for granted, such as educating children to coexistence, rules, respect for each other, to “know how to lose”, to help the most fragile, to wait for the weakest, to welcome as a brother who has a different skin color… All that was taught in the old and now almost forgotten oratory and which becomes an integral part of a “formative community”.

At this moment, the task of Christians is to distinguish themselves not so much with doctrine or with the noisy flaunting of non-negotiable values, but with the relationship of love.

“Within a town and a district, the parish, the Christian community, will simply be the heart!”, we can say paraphrasing Saint Teresa of the Child Jesus. Who can do it, if not us Christians? Whom do we claim to evangelize if there isn’t a climate of mutual acceptance and esteem behind us?

Let us think of the poor catechist, who has to make enormous sacrifices to be present and prepared every week for the appointment with the boys and who, for an hour, has to do nothing but repeat: “Be good!”, “Remain silent!” , “Stay seated!”. At the end of this ordeal, what remains? Only the nightmare of an hour experienced as a persecution. And we call it evangelism!

Wouldn’t it be more appropriate to take that group of boys to the oratory to play and try to share the rules of respect and acceptance? Wouldn’t it be better to have an educator prepared for this and, on Sundays, invite families to church for mass and (not always, but sometimes during the year) dedicate half an hour before or after the celebration for a little catechesis tradition and teach the kids lessons from the gospel? In thirty minutes one could obtain (if the catechist is prepared) what one could bring home in a month with the traditional method.

If you don’t change pattern…

If we look at the proposals that are put forward to try to get out of the comatose state of our parishes, we see that they are all centered on pastoral actors. Thus we focus on the future of priests, on celibacy yes or no, on the role of religious, on the permanent diaconate, on the new catechists…

But the question to ask is more radical: “to do what?”. Never question the current modality, made up only of appointments, meetings, events and empty churches with barred rectory. Canonical canons that risk being handed over to third parties, perhaps to prevent a more appropriate and community-connected use. Rectory houses (where there is a minimum of community) must remain the heart of a parish and fully available to the community.

I gave the example of children and teenagers, but we could widen our gaze on young people, on families that are breaking apart, on elderly people alone…