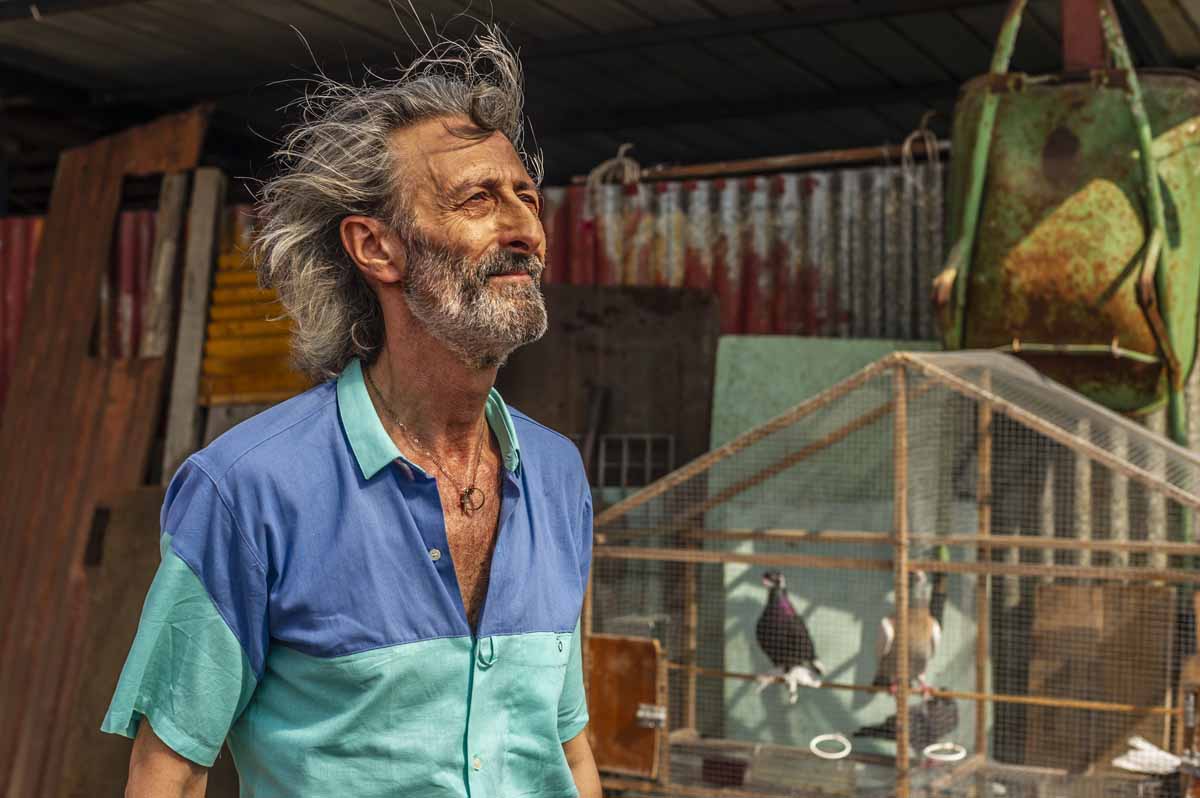 MILAN – From the theaters of Naples to high quality comedy, passing through television and the partnership with Vincenzo Salemme, which began in 1992. Ferdinando Paone, aka Nando Paone, is one of the most popular comic actors on the Italian scene. He today he is the protagonist of The goldfinch thief (arrived in streaming on KILOS), directed by Carlo Luglio and distributed by Bronx Film. A comedy set in southern Italy, between the hunt for goldfinches and a man in search of freedom, for which he was awarded the prize for Best Actor at the Montecarlo Comedy Festival. We contacted the actor to talk about the film, between the hunt for goldfinches and the energies of the supernatural, and his inspirations, between comedy in Italy and the difficulties of cinema.

EASTER – «All the characters, and in particular Pasquale, are a bit of an allegory of the bird in captivity, like the goldfinches. Everyone lives with their own problems, with their own weaknesses and Pasquale in particular we still see him in love with his deceased wife so much that he talks to us. He is taken by the craving for compulsive gambling, he has this daughter who chains him so he lives with deep feelings of guilt. And therefore it is a bird in a cage and coincidentally the discovery of love, or at least of the fact of feeling loved, accepted, by this caregiver who puts herself in the house, makes him discover freedom and in the end, we do not spoil the ending. , but in the end it interpenetrates so much in the spirit of the goldfinch that it metaphorically flies. He becomes a free man ».

THE CARDELLINI – «It is a cross-section of reality, so much so that years ago Carlo Luglio made a documentary on this reality. Because the goldfinch is a little bird, alas, poor thing, much disputed and considered very precious for its song. But he also suffers torture, it is mentioned in the film, there are those who even blind them. So this black market for these birds is really widespread all over Italy. It is a truly terrible thing. So yes, it’s all true ».

SPIRITUAL – «I personally consider myself a very spiritual person. I believe that spirituality is a very important thing and at the same time I also believe in the supernatural. I am not a fervent practicing Catholic but I strongly believe in spirituality and therefore also in everything that gravitates around spirituality, which is a bit pagan, if we want to say. These are theories I believe in, yes. I don’t practice them, but I believe them ».

THE COMEDIES – «I have repeatedly defined The Cardellini Thief a French comedy. The French lately are bringing out some very interesting films where there is also laughter but above all there is reflection, yearning, there are the melancholy, even moving parts. And all of these ingredients I think are in our film. So it is a Mediterranean comedy in terms of perfumes, and from beyond the Alps, in my opinion, precisely because of this somewhat dreamy, somewhat evocative spirit, which are characteristics very often used in France ».

INSPIRATIONS – «I am now considered an elderly actor because I am in my forty-fourth year of activity and I have always drawn a lot from the commedia dell’arte, as far as the theater is concerned, and from cartoons. My light characters, the comedy ones, are inspired by cartoon characters. Not one in particular. I have worked a lot in the past on mime, on the body, because I did a lot of internships as a young man and I feel very comfortable. So the characters that inspire me are those of the cartoons, filtering them very obviously ».

CINEMA TODAY – «Alas, cinema, theater, entertainment in general, have always been in crisis. I was not yet born which was already in crisis. But it has always gone on with great effort, with great courage on the part of the artists. This pandemic has completely knocked us all down. I will also be controversial but I wonder why they allow parties where you can be in so many people, but instead you cannot stay in the theater even if spaced apart. I am finishing the filming of the fiction Mina Settembre for Rai 1 and we are all buffered every week. What has to be done, can be done. But for the future we must all be very good, very careful. It is really up to us to overcome it, the state cannot do anything against the virus, a law cannot overcome a virus, it is we who must fight it “.

Here the trailer of the film:

Nando Paone: “Cardellini’s Thief and the spiritual side of comedy”