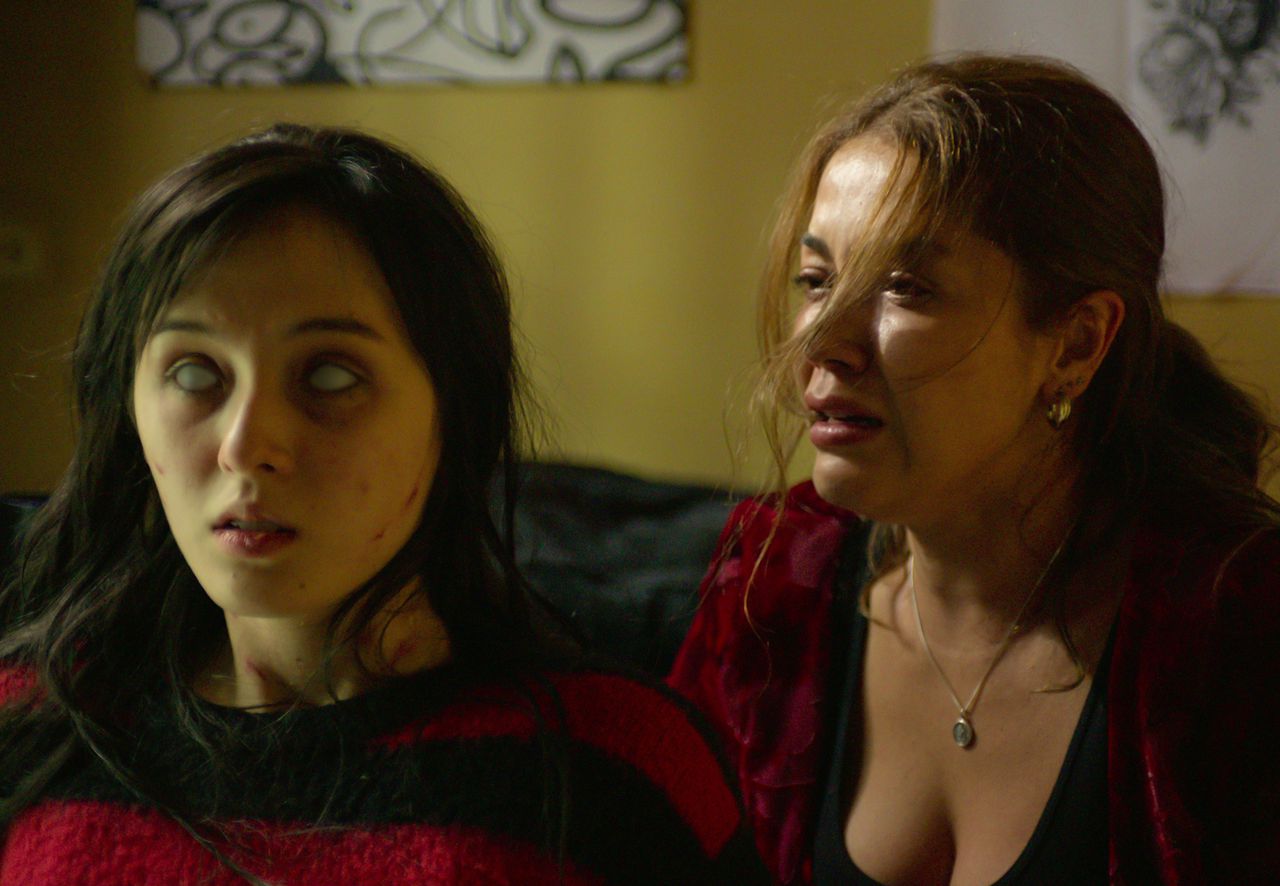 This Friday, October 28, one of the choices to end Halloween and the month of terror is my encounter with evila Netflix docuseries of Mexican stories produced by pure Colombian talent.

This documentary series is directed by directors Ramiro García Bogliano, Adrián García Bogliano and Carlos Meléndez. It has four chapters in which it presents three real histories of Mexican women who were possessed by the devil; known to be an evil being in religions, especially Christianity.

Andres Bardo, the showrunner (series creative head) by my encounter with evil talked with WEEK about the construction from scratch of this docuseries, which includes the testimonies told in the first person by those who lived through these “evil possessions”. In addition, recreations of the experiences of these women are shown where crosses, holy water and cassocks came together to liberate.

“They began to investigate and came up with the initial idea of ​​making a series about possessions. Due to the nature of the project, it was difficult to find the right structure for the series. When I went in, I went in with a half-advanced investigation and I refined that investigation. What I did was give it a thematic axis. My encounter with evil is a reflection on evil. It is a reflection on the nature of evil.” Bard stated.

my encounter with evil It is a production made of Colombian talent in which whoever is possessed or observes from the outside what the “devil” can do, is played by national actors. The filming of the reenactments took place in this territory.

Lina Castrillón, Jesús Forero, Carlos Manuel Vesga, Cony Camelo and Nara Ramírez are the Colombians who, through their performance, make my encounter with evil a space of suspense, screams and the occasional scare for those who are in front of the screen.

Nara Ramírez, who plays Concepción, told WEEK what it meant to participate in this series, especially on a personal level.

“It was a physical challenge, an acting challenge, it is also a spiritual challenge because you play with many things that are dangerous, but I have always said and it is something personal, things move as long as you give power to it. I have always been very professional, I have said: this is a character, I am lending him my body, but I never give him power. I’ve never had any weird experiences or anything. On the contrary, everything was very positiveNara points out.

Another of the challenges for the development of production that Andrés Bardo highlights is the choice of cases. It was a difficult job finding stories in which there were perspectives other than the main character’s: family, friends and other people who told from a different angle what it had been like to witness these experiences with evil.

“Based on all those pre-interviews, it was that I arrived at the structure that the series is currently, where these three stories intersect, but in the end they come together precisely this notion of facing evil. And it’s a notion that’s universal, because at the end of the day all of us face evil constantly, in small moments, in small situations... At the end of the day it is a dilemma with which we can all connect”, says Bardo.

Nara Ramírez explained to WEEK about the woman she plays, who is still alive today, having survived possession by a demon. “Concepción is a real character, a person who is already of advanced age. She had a demonic possession. She blames it on the daughters of their neighbors played the ouija. And she says that they surely playing the Ouija as they made that spirit fall on her.

As each minute of a chapter passes, the viewer will realize that the encounter with evil in these three stories can become a personal anecdote. ‘Based on real events’ and the living image of each one of them, it reminds those who are in front of the screen that evil can jump into their house.

“The series is designed so that when you see it it really disturbs your head for at least a couple of weeks and it has that potential precisely because of the issue of real cases. The fact that there is this constant reminder that someone lived it, well it is inevitable that when you turn off the screen and go to sleep, you have at least interesting dreams”, points out Andrés Borda.

A chilling series about how three women, their families and those close to them face evil in real life; its protagonists testify about their experiences of possession, infestation and exorcisms.

‘My encounter with evil’, the Mexican Netflix series made with Colombian talent that premieres this October 28