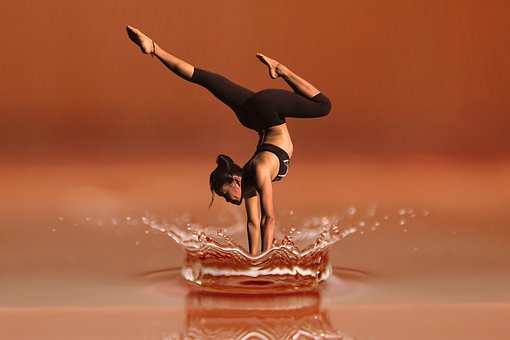 Tweet
Share
Share
Pin
Three concerts and a conference to reflect between music, art and spirituality, in a place that speaks to the soul, the Certosa di Firenze: the Fil_Armonia review, conceived by the young orchestra founded in 2016 and the only under 35 music hub in Tuscany, comes alive , with the artistic direction of Giulio Arnofi and the musical direction of Nima Keshavarzi.

After the opening concert on Sunday 4 September, the next appointment is tomorrow, Tuesday 6 September at 6 pm, in the Sala Pio VI with the conference “Music, Art and Spirituality”, a dialogue between Alberto Batisti, music historian, and Carlo Sisi, art historian. A small aperitif will follow.

On Thursday 8 September the Santa Maria della Certosa Chapel in Florence will host the concert “Towards the light”, in which Alberto Bologni on the violin and Giuseppe Bruno on the piano will perform some of the rarest pearls of the twentieth-century and contemporary repertoire of Arvo Pärt, Franz Liszt, Peter Fribbins, Ildebrando Pizzetti and Valentin Silvestrov, on a journey through darkness and light, action and contemplation, pain and joy, trying to recover a new horizon of meaning.

On Friday 9 September the concert “Rediscovered Places” is scheduled, in which the trio composed by Heita Giacomo Ferracci on the violin, Francesco Canfailla on the cello and Anna Farkas on the piano will investigate the dimension of the relationship, from Thomas Adés’s “Rediscovered Places” – water , the mountains, the fields, the city – to the “Trio for piano and strings N.2” by Dimitri Shostakovich, one of the most touching and poetic testimonies of friendship in the history of music made with a language that admirably blends some elements of classicism with the demands of contemporaneity.

Among the events not to be missed, the new production, in collaboration with the Zera association, “Suite Pasolini”, on the anniversary of Pasolini’s birth, which will be held on Sunday 11 September in the Pinacoteca del Pontormo. Directed by Alessia De Rosa, the actor and playwright Andrea Bruni and the “DUOroboros” line-up composed of Dagmar Bathmann (voice and cello) and Omar Cecchi on percussion, will probe between words and music the strong link between the works of Bach and the life and art of Pasolini.

Conceived to stimulate a reflection on the human being and his relationship with nature, proposing an inner and conscious listening, the Fil_Armonia review consists of eight events in all, including conferences and concerts. To perform them the young soloists of La Filharmonie flanked by artists with an international profile.

All concerts will begin at 9 pm, conferences at 6 pm. Admission to all events is free subject to availability; reservation recommended.

Founded in 2016, La Filharmonie – Florence Philharmonic Orchestra is among the seven youth instrumental ensembles recognized and supported by the Ministry of Cultural Heritage and Activities in Italy, it was also the winner of the Smart & Coop 2017 competition supported by the CR Firenze Foundation and Legacoop Toscana as the best cultural start-up in the area. The Orchestra, with its over forty elements, flexibly deals with symphonic and chamber music, musical theater, opera and ballet and new forms of expression. His Season of Opera, Ballet and Concerts is the result of a constant search for elements of innovation, new sounds and new productions in dialogue with the great lyric-symphonic repertoire. During its seasons, the Filharmonie has established artistic and institutional collaboration relationships with some of the major protagonists of the national territory including the Municipalities of Florence and Campi Bisenzio, the Metropolitan City of Florence, the Camerata Strumentale Città di Prato, the Boccherini Studies Center in Lucca, the Mus.e Firenze Association, the Accademia dei Perseveranti Foundation, the New Ballet of Tuscany, the University of Florence, the Scuola Superiore Sant’Anna in Pisa, the School of Music in Fiesole, the Scientific-Literary Cabinet GP Vieusseux, GAMO, the Music Composers Association for Film and the Summer Regina Festival of Montecatini Terme. The Filharmonie Orchestra is managed by the homonymous Association; Giulio Arnofi is its artistic director and Nima Keshavarzi’s musical director, and enjoys the prestigious collaboration of Maestro Roberto Abbado as guest conductor and honorary artistic consultant.