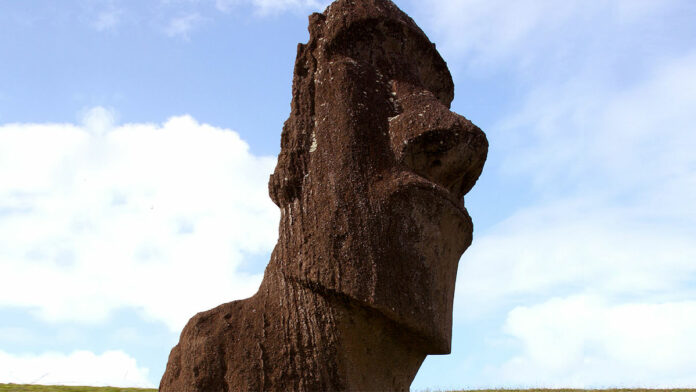 The Premagallania media outlet, focused on disseminating the heritage of the country’s native cultures, has concluded a project financed by the Media Fund of the Ministry General Secretariat of Government that had the objective of disseminating the cultural diversity of Chile, highlighting the work of actors and actresses from the indigenous world as well as the work of institutions that disseminate and protect different expressions of our cultural heritage.

Although it is known that the State of Chile recognizes 10 original peoples, it is less known that different cultures have coexisted in the national territory, as evidenced by the archaeological remains from Acha in Arica to Cueva Fell in Magallanes, as well as the world famous site of Monte Verde near Puerto Montt, with records of human presence for more than 18,000 years.

In this way it is possible to appreciate that Chile is the product of cultural miscegenation, from before its existence as such, which reveals a national identity that is necessarily multicultural, even permeating the arts.

A vision shared by the director of the Folkloric Ballet of the University of Santiago, Luis Maldonado, who refers to his work as a process that seeks “preserve the original identity of what ballet was in its beginnings, rescue that historical value and promote the most original work of our ancestral cultures. This is seen in the scenic proposals and in the inspirations that one has to be able to make a montage of a staging or the choice of musical themes in particular, such as to develop a certain context or certain dances”.

Andrea Tirado, an Aymara storyteller and visual artist, although based in Santiago, persists in preserving and disseminating her culture, and one of her concerns is that Chile be recognized as “a multicultural country, and although it is true, the new Constitution did not come out where we were, we expect from the government that the president recognizes that Chile is a multicultural country.”

He currently teaches Aymara worldview and art to boys and girls at the Ceremonial Center of Original Peoples in the Peñalolén commune, where they have their uta, the traditional Aymara house, indicating that the project arose “because everyone has a place to hold their ceremonies; we are talking about all people having their church, their spiritual place, and we as indigenous people of the Metropolitan Region also needed a place to protect our spirituality and our way of living according to our worldview.”

Lynn Rapu is a manager and cultural ambassador of Rapa Nui, as well as a champion for several periods of the Tapati Rapa Nui -the largest Festival that every February revives and preserves the ancient traditions of the island.

It is precisely after one of these festivals that Lynn shares with his family a recurring dream of building a catamaran according to Rapa-Nui traditions and, impelled by his mother, goes to the continent in search of the wood necessary for the project, since that there are no more forests on the island.

In Chiloé, he got to know the shipyards that manufacture boats, which allowed him to start the construction of the vaka taurua in Quellón, to then sail with the imposing ship to Valparaíso, from where they finally set sail for Rapa Nui, which they reach after 27 days sailing the Kuini Analola, as the ship was baptized, arriving in Rapa Nui in April 2019.

They made the crossing guided by what they call “ancestral navigation through the stars”, which ultimately constitutes a true almost forgotten cultural rescue of a seafaring people. Given this, Lynn Rapu reflects: “Rapa Nui, of all the Polynesian islands, was the only one that had its own writing, but today it is lost. We no longer know how to read it, because when the conquerors arrived, all that wealth was lost, instead of being rescued. So today the importance is that, in all countries, governments respect and take care of what they have, because those are the ancestors. Before everything we have today existed, they were there, so we have to take care of it, respect it.”

Multicultural voices in the development of our identity