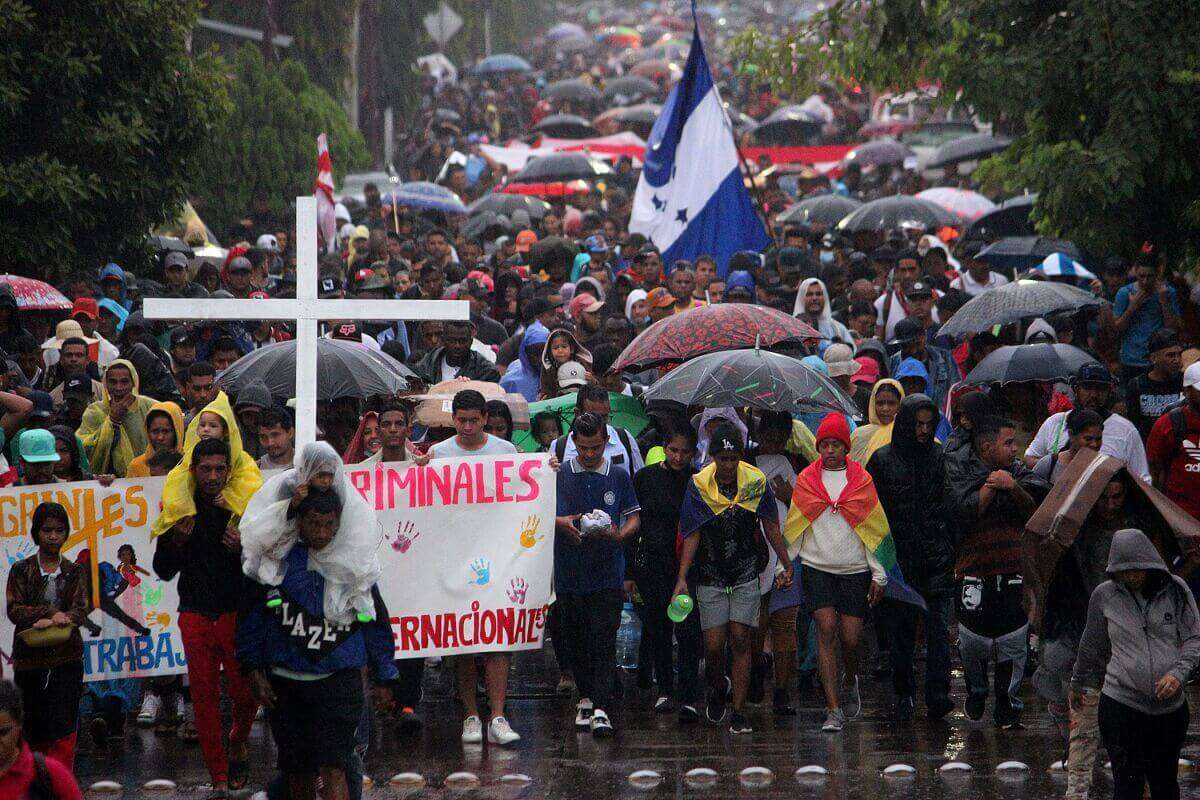 «There is a great deal of misinformation, ideas and erroneous stereotypes about migration and the figure of the migrant», hence the importance of informing the university population more and above all, making them aware; commented Juan Carlos Gazca Muñoz, student of International Relations at UPAEP and president of wings without bordersby participating in the discussion What can be done in migration?, regarding the closing of the Generation 2022 course Training in Migration for Social Transformation.

He commented that the students are at the exact point between being volunteers with civil associations and influencing from the academy, as well as linking up with different actors to be able to influence the reality of migrants. He said that he studied in Jesuit schools all his life, so he had different experiences that allowed him to become interested in social work.

“Meeting with people, hearing their stories was what got me,” he said. Since the missions were a short time to impact, he decided to volunteer for a year in Tijuana, in the Salesian Breakfast Hall of Padre Chava. This experience changed his life and moved him to create the student group wings without borders. “Being in sync with them is my motive,” she concluded.

In his speech, Rossana Beltrán Rojas, president of the House of Care for the Homeless, AC, defined herself as a human rights defender. After thanking IBERO Puebla for her invitation, she commented: “We can always do something for others if we turn around and open our eyes to our environment, in the face of need.” She explained that migration implies a lot of effort, work, suffering and politics.

He asserted that “knowledge commits”, for which he invited the students to think about what commitment they take from the workshop, since it is not just about receiving a degree. Perhaps tomorrow they will have to be migrants when studying a postgraduate course, he said, for which he ordered them to suffer “as human beings, how they would like to be received.”

Subsequently, the mtro. Arturo Gonzalez Gonzalez, S.J., director of the Center for Formation and Accompaniment for Integral Development (CFADI) and coordinator of the Jesuit Network with Migrants, commented that the pastoral care with migrants “is a pastoral care at crossroads,” since they work in the midst of cultural, existential borders , misery, violence, human. The Jesuit Network with Migrants, he explained, is dedicated to providing accompaniment from Canada to Panama to migrants, from country to country.

In turn, they focus on the search for missing migrants and have a shelter service, on the La Bestia train route. There they provide shelter, rest, hygiene and food to all who come looking for help getting off the train. He highlighted that they arrive dirty, beaten and tired: “The road robs them of human dignity, and when people arrive at the shelter, eat, sleep, rest and feel safe, life returns to them.” He said it takes people from all walks of life to go help shelters and give a little of themselves to make a difference in their lives.

Regarding her experience at the La Casita de Nazareth shelter, she commented: “The migrants humanized me, because when they got off the train I was very happy; and when they climbed on The Beast my heart broke, because we didn’t know what was going to happen to them. I learned that that other and that other were my blood brothers and sisters. You grow up and become more human.”

17 young people received a certificate of completion of the course, which was designed and coordinated from the General Directorate of the University Environmentthe Human Rights Institute Ignacio Ellacuria, SJthe Community Development Coordination, Social Service area and the Ignatian University Program (PUI); with the aim of training university leaders in migration from a comprehensive vision, based on the analysis of reality, with a focus on human rights and Ignatian spirituality that generate and promote alternatives for social change.