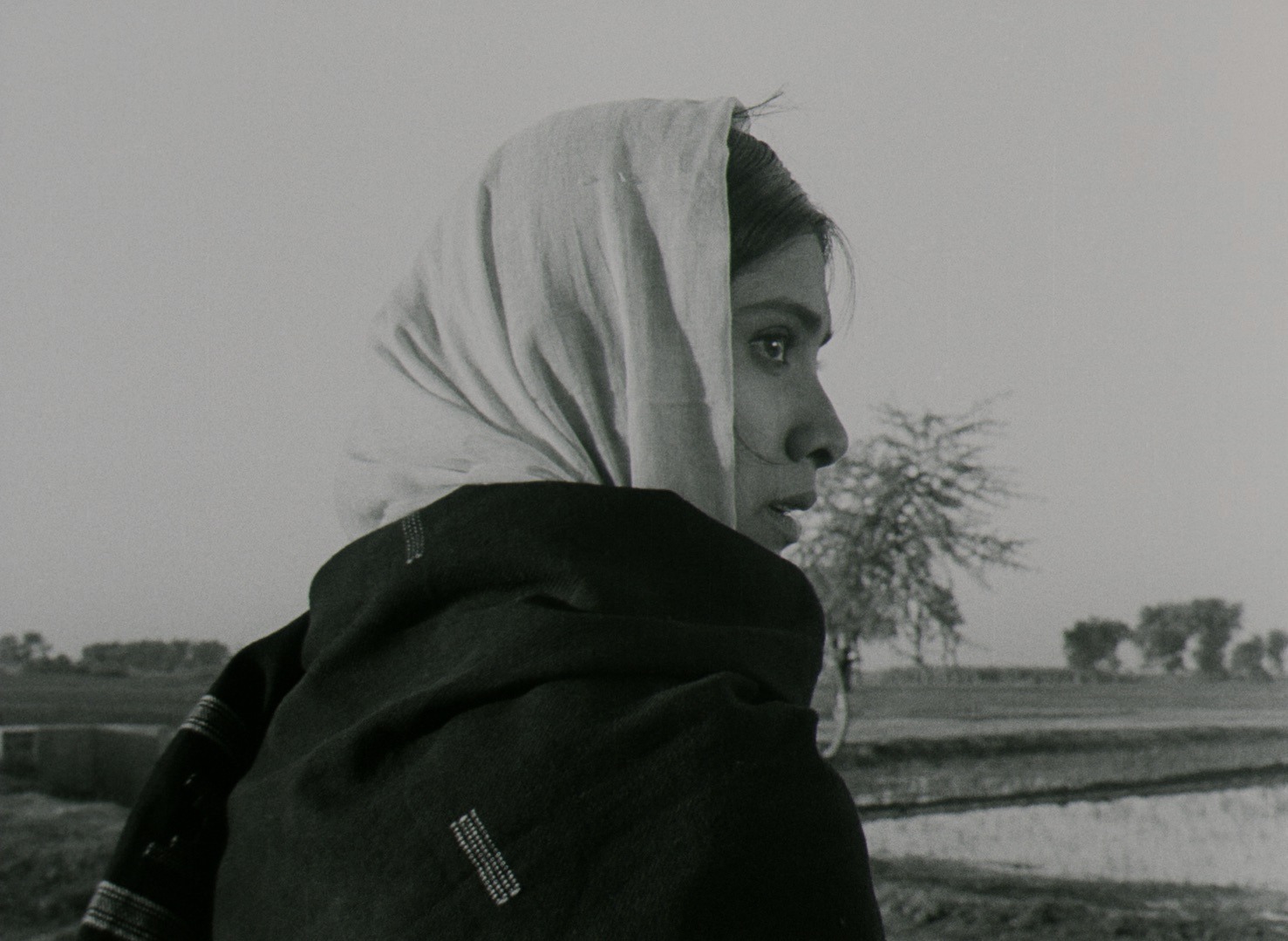 We are going to be able to discover or rediscover four films by this director, less known than Satyajit Ray, but just as exciting to see this selection as varied as it is plastically successful. Born in 1944 and passed away in 2011, Mani Kaul was also a screenwriter and producer and taught filmmaking. He also practiced painting and music, hence the aesthetic and sound care present in each of the works presented in this retrospective of great interest. This formal requirement is, moreover, coupled with spiritual or moral research.

Mani Kaul had vision problems when he was a child and did not see and discover the cinema well until he was around thirteen – hence an aesthetic shock that quickly prompted him to want to make cinema. Initially, he wanted to be an actor, which his father opposed. Then he saw a documentary on Calcutta which marked him deeply. His director uncle, Manesh Kaul who lived in Bombay, managed to convince Mani’s father to send his son to study in a film school: that of Poona. Among the teachers, a filmmaker, Ritwik Ghadak, an author as radical as he is influential. Very marked by Robert Bresson, in particular by his film PickpocketMani Kaul began by directing documentaries, then a first feature film in the late 1960s.

Directed in 1969, adapted from a short story by Mohan Rakesh: a woman, Balo, prepares the meal for her husband, a bus driver. We will learn that the latter only spends one night a week with his wife. Officially, because he’s busy with his job. But Balo will learn that her husband Sucha Singh probably has a mistress. There is an almost documentary aspect to this work: the way the director spends time filming the preparation of her husband’s meal by Balo, a devoted and submissive woman. The violence of men, their selfishness is evoked on several occasions. We will note a lot of fixed shots on the faces of the performers. Mani Kaul works like a painter (which he is also in his life) with small subtle touches. It is therefore a question of the condition of women, but also more broadly of love in general, of that which is without return, of the expectation of the other, of devotion. 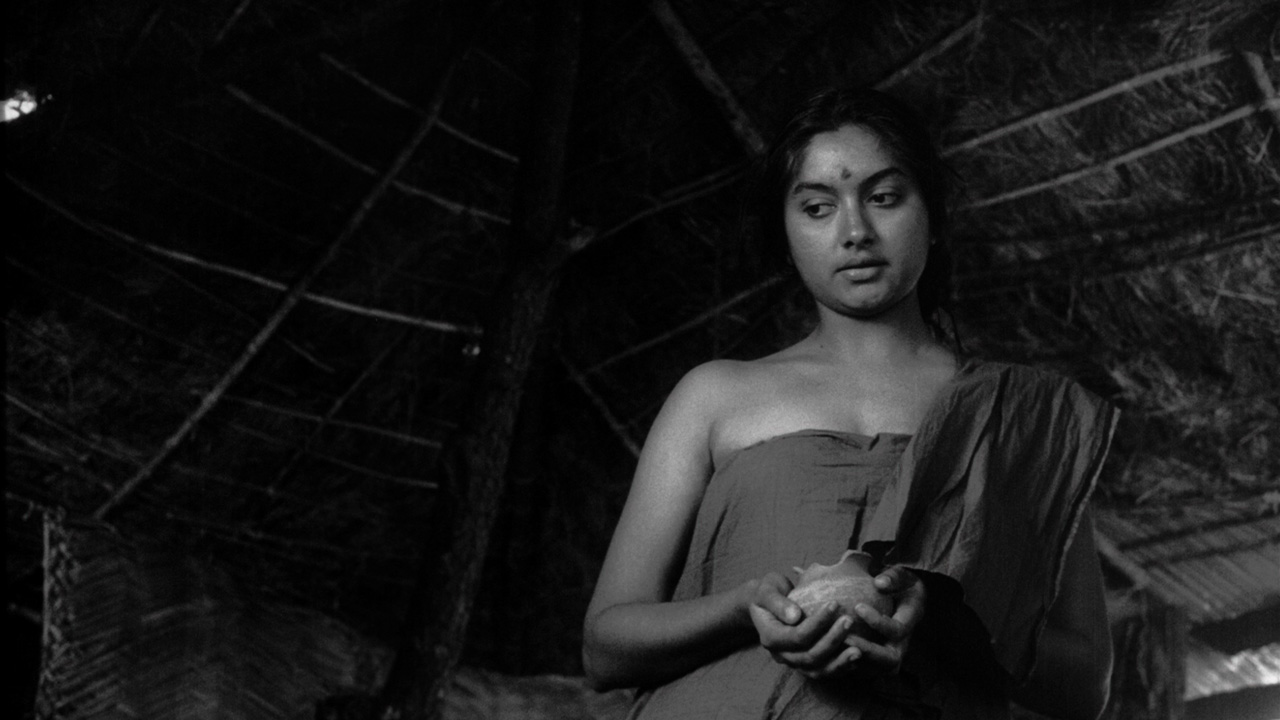 One day before the rainy season

1971 movie, One day before the rainy season is the adaptation of a play by Mohan Rakesh, already the inspiration for His daily bread. This work has as its starting point the love story between Mallika and the poet Kâlidâsa. The latter left for another city and remarried with a princess. He changed his name and found success, glory. It is about loneliness, destitution. As much His daily bread was close to the documentary and included few dialogues, as we are dealing here with a very literary work, without the exchanges seeming bombastic. On the contrary, the text is of great beauty. We can also see a meditation on the passage of time, destiny and once again love and its expectation. A day before the rainy season shows great plastic beauty, and was shot in sumptuous black and white. 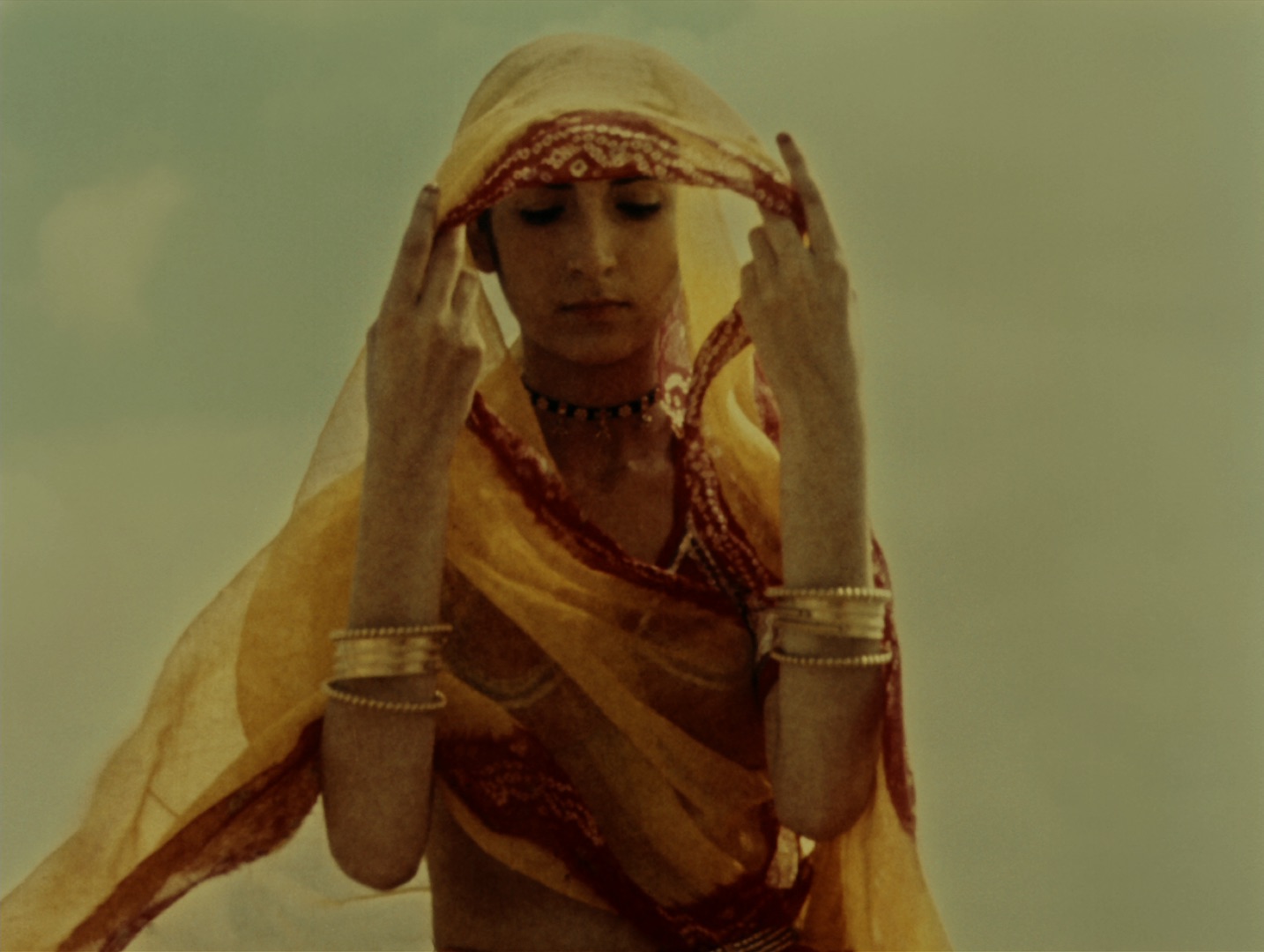 From a Rajastan legend. Feature film from 1973, mainly in voiceover. A young trader must move away from his home so as not to miss business opportunities. But a spirit takes its form and its place with its spouse. Kind of story for all ages, Duvidha constitutes a visual marvel so great and meticulous is the care given to the treatment of the image, of the colors, each more shimmering than the other. 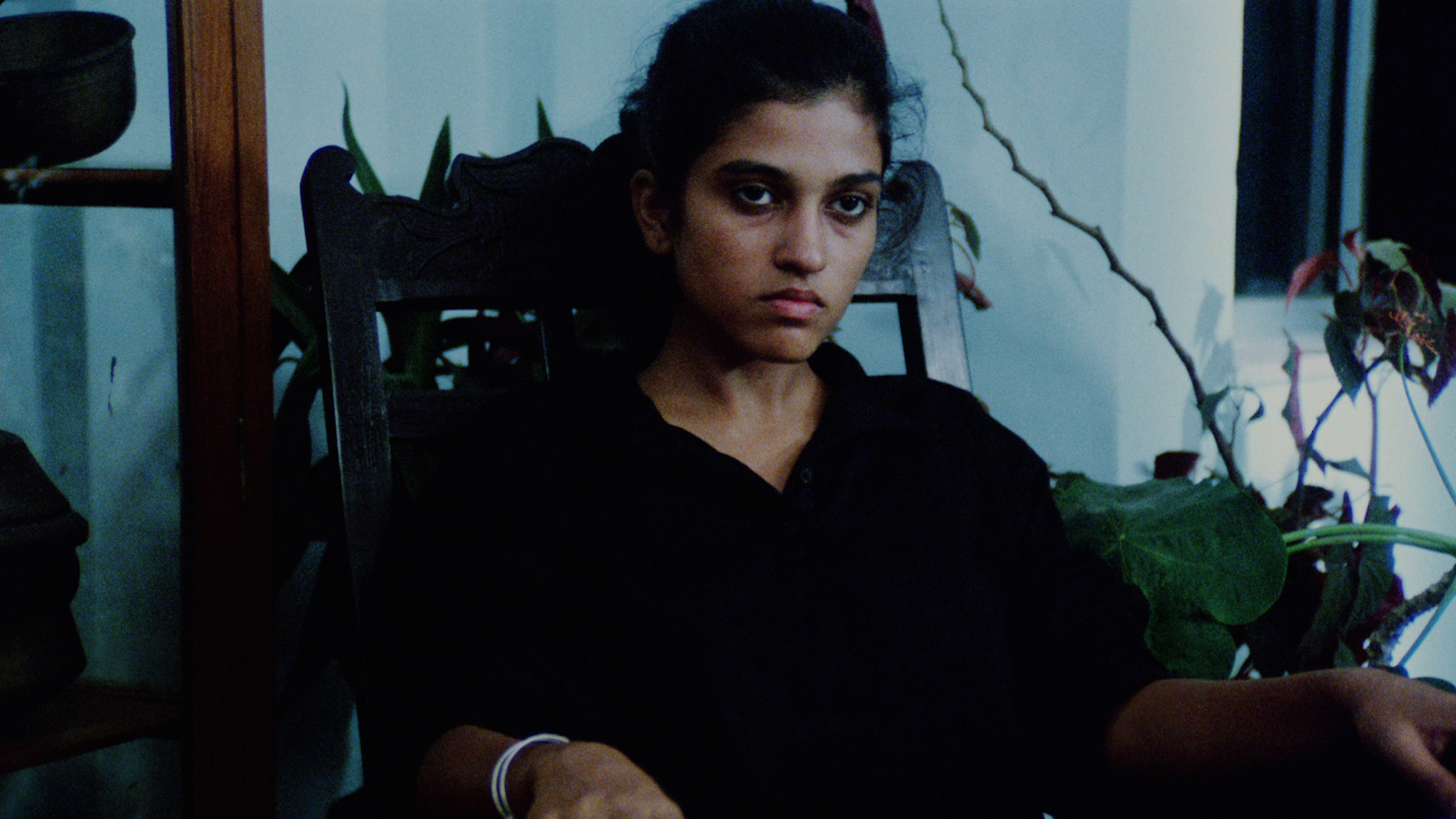 La Douce, a short story by Dostoyevsky, had already been the subject of a film, directed by Robert Bresson, a great reference for Mani Kaul. We see an idyll between an antique dealer and one of his clients disintegrate in a rather cruel vision of romantic relationships.

These four feature films by Mani Kaul, quite different from each other, give us a good overview of the talent of this artist whose other achievements we hope to discover one day, in particular his adaptation, in 1992, of The Idiot, Dostoevsky’s novel. It is a cinema that is both demanding and radical, but also of great richness and wonderful generosity. Plastic beauty, aesthetic research are never in vain but accompany a search for a certain form of truth. Just as the sometimes literary dialogues are never verbose, but restore the inner beauty of the characters.

These four films are therefore to be seen or re-watched from January 4 – for the majority of spectators, it will probably be a first viewing and most certainly the occasion of a cinematic crush. This retrospective orchestrated by EDCast gives us a very good start to this year 2023, which we hope will be rich in such precious reissues.

Demanding but benevolent film buff, preferring to see the image half full than the reverse, passionate about auteur cinema as well as genre films and practicing amateur theater.