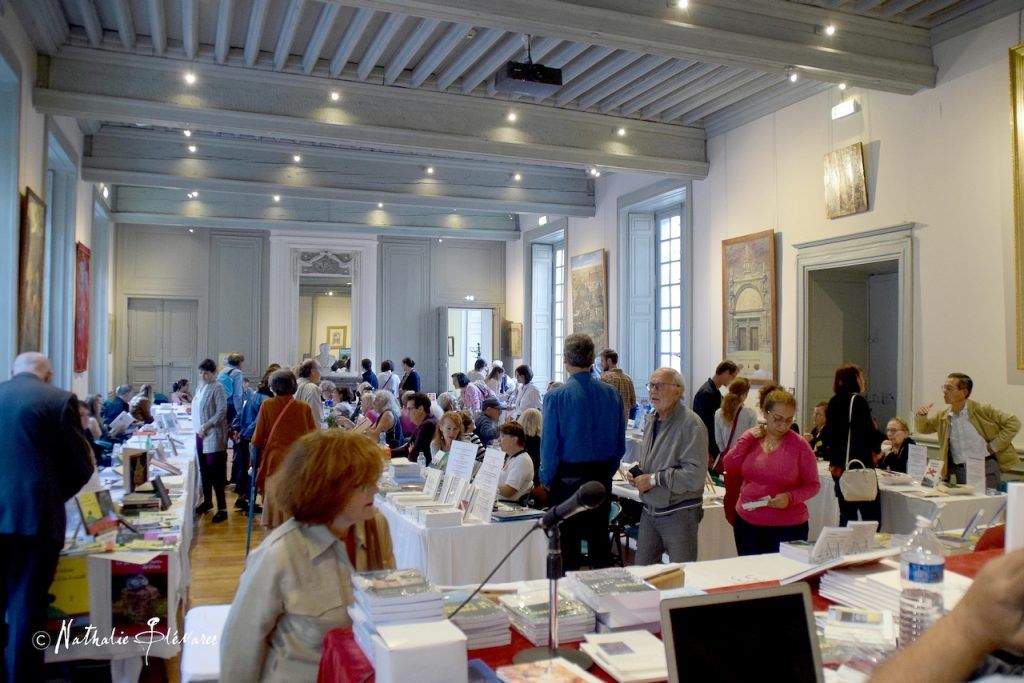 The sixteenth edition of the Gourmets de Lettres book fair will be held from Friday September 30 to Sunday October 2 at the Hôtel d’Assézat. The point with Philippe Berrou, president of the association.

How and when was the association Les Gourmets de Lettres born? What is his calling?

Our association was created on October 27, 2006, and this year we are organizing our XVIth book fair which has almost always been held at the Hôtel d’Assézat, a prestigious place where we are welcomed by theFlorau Games Academyx, the Bemberg Foundation and Learned Societies. It is truly the ideal place to receive such an event which highlights writing, reading and culture as a whole. The primary vocation of our association is to promote reading and literary creation by established authors or young talents, both among its members and the general public. And with this in mind, we organize the show annually and offer monthly dinner-debates throughout the year. As a priority, the authors awarded at the show are invited to come and present their work, and to discuss it. And these evenings are of course open to everyone (1).

Magyd Cherfi is the guest of honor at your next show. Why this choice ?

Our new management team has the will to put forward an author, an artist coming more particularly from our region. It is therefore the first time that we have appointed a guest of honor to energize the show. And our intention is to renew this approach every year. We think it is important to show that Toulouse and its region are rich in their cultural diversity and that a large number of personalities from the cultural world live and are involved not only in associations but also in many other areas. . If this year we invited Magyd Cherfi, it is first of all because it corresponds well to this point of view, and that it has given and still gives its letters of nobility to writing, but also to music and song. He is the author of books including My part of Gauls who ended up in the first selection of the 2016 Goncourt prize. During this fair, we have scheduled a meeting on Sunday October 2 at 3:30 p.m. where he will retrace his life as an artist and a man.

The fair will open with a colloquium “Literature and power” organized with the Académie des Jeux Florals. Can you tell us more?

What other topics will be addressed during the conferences?

During this show, 6 conferences will be offered to the public. I think that given the diversity of themes, everyone will be able to find their account. From poetry to history, via comics and the biography of illustrious or ordinary people, the program of our show is on this point, it seems to me, very varied and very rich (2). This year, we will also have a partnership with an association of Balma “Vent de Mots” which will offer us readings of extracts from award-winning works and also a few lines from the writings of Magyd Cherfi. We are also very happy and very proud to collaborate with this association which throughout the year offers reading activities in the Balma sector.

Then we will also have the intervention of Francis Pornon who will present an extract from his guide published recently Toulouse little secrets and great stories.

Finally, the Saturday evening will end with a concert by Kessy Mac Queen, a blind street artist from the English-speaking Caribbean who enchants Toulouse residents.

How many authors will be present?

This fair will welcome 50 authors and publishers. And this year, we will have the pleasure of having among us the “Le Chameau Sauvage” bookshop.

1) Subject to a reservation for a matter of management with the restaurant. To this end, all the information is on the website of the Gourmets of Letters.

(2) the conferences offered during the show:

“Arthur Rimbaud” with Gerard Pirlot, psychoanalyst, psychiatrist, author of several books related to problems from childhood to adolescence, professor at the University of Toulouse II. He is the author of “The anger of Rimbaud, the sorrow of Arthur”.

“The Venus of Lespugue”, of which it is the 100th anniversary of the discovery this year with Nathalie Rouquerol, prehistorian, graduate of Hautes Etudes en Sciences Sociales (EHESS), specialized in the history of prehistory, long-time CNRS associate member of the TRACES laboratory in Toulouse. Directed for 14 years the Museum of Prehistory of Aurignac. His latest published book is “La Vénus de Lespugue revealed” in collaboration with the Breton painter Fanch Moal for the illustration part.

“Louis Germain, teacher and spiritual father of Albert Camus” with Patrick de Meerleer, writer, man of culture from the rural world, passionate about mountains, nature and literature. Member of the Société des Études Camusiennes and of several literary associations, author of novels and short stories, here biographer of Louis Germain, a work which received a prize at the Académie des Jeux Foraux in 2022.

“Idylls of Toulouse”: the poetic look of the Italian writer Andrea Genovese on the Toulouse of yesterday and today. Andrea Genovese is a novelist, poet and playwright. Like the Latin poet Ennius who knew three languages, Latin, Greek and the Oscan dialect, Andrea Genovese has three strings to his bow as a writer: Italian, French and the Sicilian dialect. Readings of texts from the collection by the author and his Toulouse friends Pascal Papini, François Pic, Francis Pornon, Christian Saint-Paul and Svante Svahnström.

“Comics, from its origins to the Franco-Belgian golden age” with Pierre Arlet.

“Travelling on the Canal du Midi in the 18th century” with Martine Biard. The Toulousaine Martine Biard, modernist historian, author, among others, of Posts and couriers in Languedoc from Louis XIV to the Revolution of 1789, will evoke “the second wonder of Europe”, after the Palace of Versailles. A way to resurrect a time when communication, transport but also celebrations will begin to be organized over time. Here is an opportunity to deepen our knowledge of heritage and to approach a subject that is still topical in a different way.

Reading aloud by “Vent de Mots” – Excerpts from award-winning works and authors present at the show, in particular Magyd Cherfi, guest of the closing meeting of the show. “Vent de Mots”, a Balmanian association for reading aloud, offers readings in public, either within the framework of events that the association organizes, or within institutions, or within the framework of partnerships with actors of the book (media library, literary fairs, etc.).

Presentation by Francis Pornon of a page from his guide Toulouse little secrets and big stories on Assézat and the Floral Games.

Les Gourmets de Lettres are back