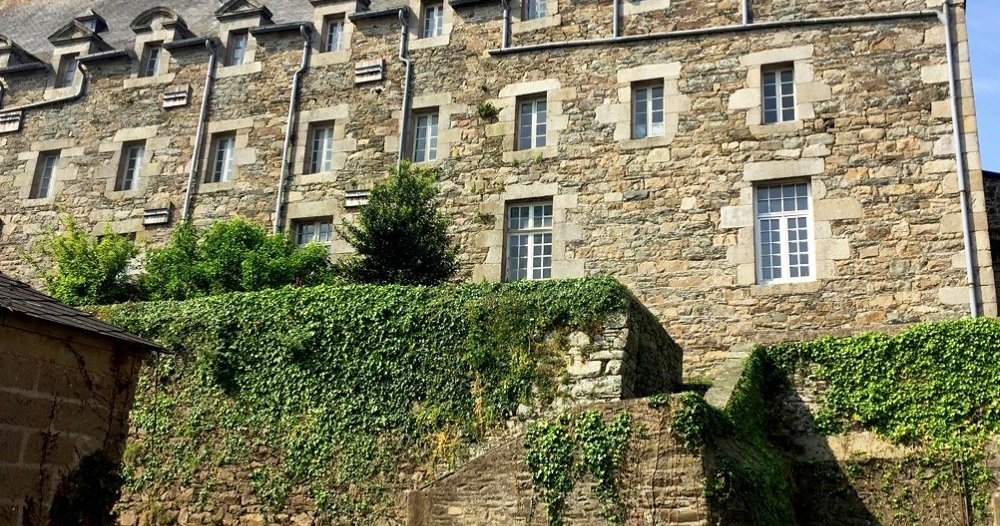 
Located between the cathedral and the Savina high school, the former Augustinian monastery is an exceptional site. Located in the heart of Tréguier, the city of Saint Yves, it is made up of 5,000 m2 of buildings (with a wing listed as a Historic Monument, dated from the 17th century, a listed wing dated from the 15th century and a wing from the 19th century), two chapels and a one hectare garden.

After the departure of the sisters, in 1990, the diocese of Saint-Brieuc became the owner of the site, abandoned, in 1996. It acquired it, at the time, to create a diocesan spiritual center there, whose animation is entrusted to to the community of the Foyer de Charité de Tressaint for ten years. Since 2006, the buildings, unoccupied, have deteriorated, despite preservation and safeguarding work. Only the chapel of the monastery which overlooks the rue Gambetta, continues to live.

To give new life to the place, in 2018, the diocese entrusted a mission of study and prospective on the possible use of the site to the firm Anesti, specialized in the conversion of heritage complexes. “The idea was to create a museum space dedicated to the life of the nuns, in the part classified as Historic Monuments. And to preserve the spirit of the place, linked to the care of people by creating a reception center for carers and carers, a service residence for seniors, or even a third place (artists’ residence, reception of pilgrims and )”, recalls Loïc Blin, the diocesan bursar in charge of the file.

“A project too ambitious for us”

Over the past four years, numerous contacts have been made with the administrative authorities concerned and any

financial partners. “Unfortunately, no sponsor capable of raising funds came forward and we also had no economic player to operate the entire site and bring it to life within the framework of a viable financial model” , regrets the bursar of the diocese who has just announced the abandonment of the project, in a press release. “It was a bit too ambitious a project for us. To renovate the entire site, it took 18 to 19 M€; €6.5 million just for the listed building,” notes Loïc Blin, not without a twinge in his heart.

Forced to abandon this too uncertain project, the diocesan council for economic affairs is looking for another solution. “It would consist in renovating the religious and historical heritage parts (convent chapel, the choir of the sisters, the passers-by room which welcomed Saint Yves and the funeral chapel, etc.) thanks to the sale of the rest of the site to a real estate operator specializing in the rehabilitation of Historic Monuments for housing,” says Loïc Blin, who says that two contacts have been made.

Lannion – Augustinian Monastery in Tréguier: the big project of the diocese falls through