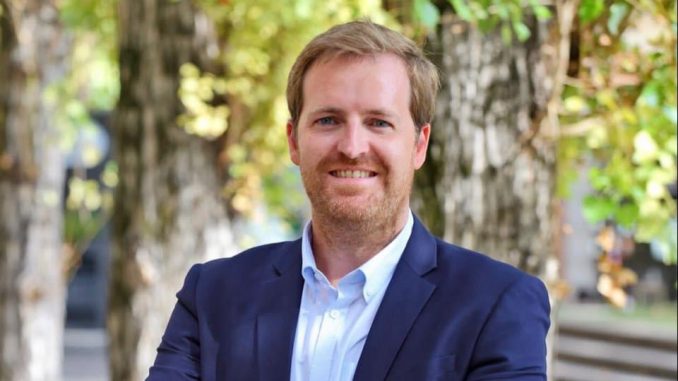 Michele Vanolli is the city secretary of the Parma Democratic Party.

We interviewed him on the main current political issues, in particular on the national primaries in which Bonaccini, Schlein, De Micheli and Cuperlo are in the running.

What is your personal opinion on Elly Schlein’s request to allow online voting in the national primaries of the Democratic Party?

One of the legacies – in this positive case – of the pandemic is the spread of technological means that allow remote work and meetings.

Since 2020, practically every assembly has been held in a “mixed” mode, both in presence and remotely.

All this to say that, if there are the technical possibilities to allow secure online voting, I believe that every tool that guarantees maximum participation should be favored. Sure, I think it’s complicated in such a short time but, in any case, the body in charge will decide, that is the national direction, let’s avoid that our congress becomes only a debate on “procedures”.

How do you see the primary electoral campaign so far?

In fact, the debate has yet to get heated and I hope the candidates do so soon.

Let me tell you that I am among those who think that this congress should have been held differently. Instead, the overlap between the choice of the secretary’s name and the debate on the issues sacrificed the latter in favor of the former. He objected that the times would have been too long, without taking into account that our horizon must be that of the next few years, not pursuing the controversy of the day against the government.

In my opinion, a debate structured in a different way was needed, capable of updating the “source code” of the PD which has remained unchanged in recent years while Italy and the whole world have profoundly changed. Consider, for example, the role of the state: when the Democratic Party was born we were in the era of private domain, but now many are calling for a return to public intervention, such as, for example, the PNRR. We also think of how much the requests, present across society, have grown on environmental sustainability, on civil rights, on the so-called poor work, etc… and not to mention the crisis of democracy, which the events in Brazil in recent days remind us of.

In short, there is a great reflection underway on the current development model and on the future one, I think that a party like the PD cannot stay out of it but rather should immerse itself in it totally, without distorting itself and becoming a “movementist”.

Have you decided who you will support between Bonaccini and Schlein?

And why not De Micheli or Cuperlo?

However, I’m still thinking about who to vote for in Congress and my thinking, of course, is based on what I said above.

What vote (with reasons) would you give to these first 6 months of the Guerra administration?

I give no marks, having no qualification to do so. As a citizen, observer and politician, I note the excellent work, despite the necessary “adjustment” of the first few months, by the entire administration and the entire majority.

I’ve never been a theorist of “discontinuity” because it seemed obvious to me that, by changing the players in the field and the political balance of the majority, the change of vision and approach would have been physiological.

It seems to me that the administration has clear ideas about the future and the main “dossiers” of the city, after all already during the electoral campaign it was decided to speak clearly on the most sensitive and divisive issues. I think we must continue on this path, gradually implementing the coalition’s electoral programme.

INTERVIEW – Michele Vanolli (Pd): “If technically feasible, the online primaries are welcome if they broaden participation, but there is little time. The work of the Guerra Administration has been excellent so far” –