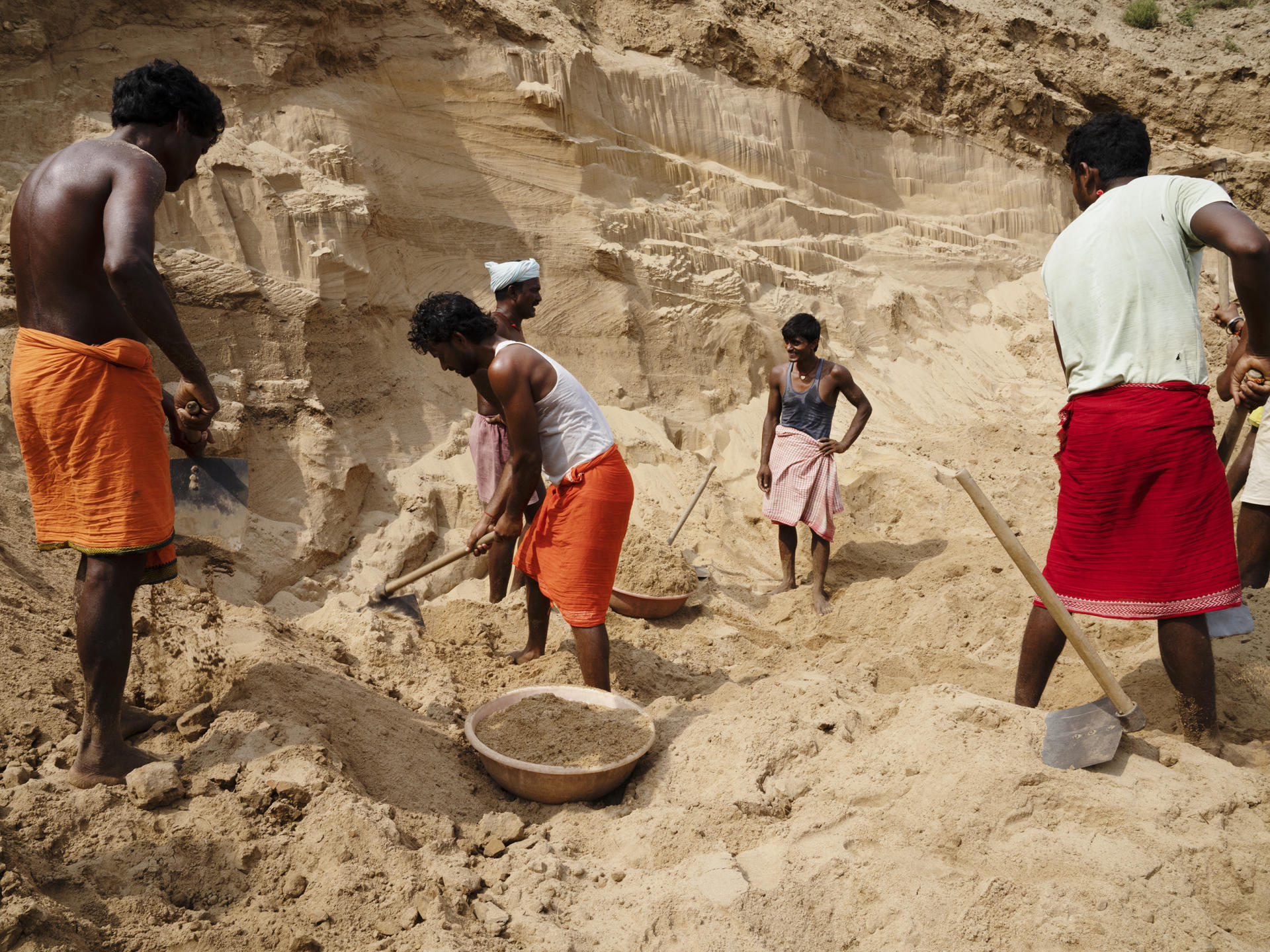 Far out of sight, a good walk from the first road, a dozen men rip open the sides of the Son River. Bare-chested, shovel in hand, they have been digging since dawn to collect the pila sona – the “yellow gold”: the sand of this river, one of the main tributaries of the Ganges, is reputed to be of excellent quality. Above their heads, the shore plunges steeply for about twenty meters. For 400 rupees (about 5 euros) a day, they wear themselves out at the foot of this sandy cliff which risks burying them at any time, under the supervision of young men controlling the area. “I have no other option to feed my family, justifies Bhugar Rai, 25 years old. If I don’t work here, we’ll be hungry. »

For several kilometres, hundreds of long boats wait in the creeks that nibble the river bed like hungry mouths. A few hours later, diggers will come to fill their holds. On one of them, a dozen workers explain that they are buying a shipment by pooling their funds. They will resell it a little further away, making a meager profit that will have to be shared. In their daily hassle, everything becomes more and more complicated.

There is the falling river level, which makes navigation more difficult. There was the Covid-19 pandemic. And now the prohibition of any extraction during the four months of monsoon decreed by the authorities of Bihar. “We can no longer take sand from the central part of the river, we have to hide for fear of the police, explains Doman Rai on the deck of the boat. They arrest us and put us in jail, confiscate the vehicles. “This ban affects the poorest, adds Anil Kumar, at his side. There is no factory here, no industry, how can we survive? »

The rural state of Bihar, located in northeastern India, is one of the poorest and most densely populated. As in the rest of the country, the very strong population growth is leading to a boom in construction, which in turn is generating an explosion in the demand for sand. This resource, the second most consumed globally after water, is the cornerstone of the building sector. India is the world’s second largest cement producer (330 million tonnes in 2021, compared to 260 million in 2014), behind China, and will take first place in terms of the number of inhabitants (more than 1.4 billion) from 2023. ).

You have 87.55% of this article left to read. The following is for subscribers only.

In India, “the sand mafias have the power, the money, the weapons”