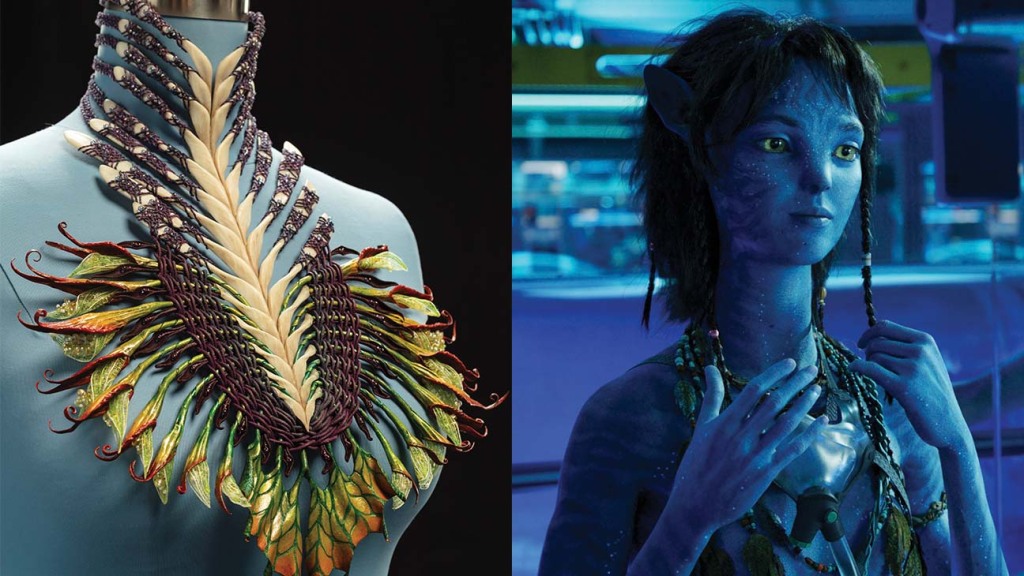 Costume designer Deborah L. Scott loves telling stories with clothes. “It helps the storytelling of the film,” Scott says of her artistry, which is evident in the meticulous detail behind the Na’vi costumes she created for James Cameron. Avatar: The Way of the Water.

An Oscar for the director Titanic and recipient of this season’s Costume Designers Guild Lifetime Achievement Award, Scott worked with his team to create every costume for every Na’vi, even though they would only appear digitally in the finished film. This was Cameron’s directive from the start, as it would provide a roadmap for Weta FX’s digital artists as they planned what the costumes would look like and move through the virtual world of Pandora. The physical costumes were also essential for the actors, who tried them on to give a sense of movement to their performances. Scott also created “reference clothes” that filmmakers could place tracking markers on when capturing performances.

Costume the Na’vi involved two overall approaches: one for the Omatikaya clan, native to the forest, including Jake Sully (Sam Worthington), Neytiri (Zoe Saldaña) and their children; and one for the Metkayina, the Reef Clan, who drew inspiration from the indigenous peoples who live on or near the water, with clothing references from Fiji, Tonga, Samoa, Hawaii and the Maori of New -Zeeland. “For the most part, they use their environment to create their clothing — seashells, in our case,” Scott says of the Reef Clan. “Seashells are very decorative and fun to work with.” Scott and his team also used natural fibers; emulated seagrass, algae and corals; and incorporated feathers and skins into the looks.

The chief of the Metkayina clan, Tonowari (Cliff Curtis), wears what Scott calls a “toa guard”, the piece of leather worn on his chest, which symbolizes the protection of the heart of the Na’vi. “It’s symbolic, but it also provides protection and signifies your stature,” Scott says. “Tonowari’s is much more elaborate, heavier and has more gravity than [those worn by] the rest of the clan. He also has the mantle – the giant chunk of power – with the tooth in the center. It’s extremely presentational, it’s very masculine.

Jake and his sons wear some sort of belt as a symbol of manhood, until they get to the reef. “It’s a symbol of another tribe,” says Scott, adding that they remove them as a sign of respect to the reef dwellers and as a sign that they’re trying to fit in with their new culture.

Neytiri wears a necklace that is more reminiscent of that of 2009 Avatar when the Sullys arrive at the reef. “Neytiri does not want to abandon the forest. That’s where she grew up,” Scott says. “It breaks his heart to leave. So when I did this piece, I put her in this part of the film to symbolize her taking her family, her family life with her.

Scott also used costumes to convey character personalities, including each of Jake and Neytiri’s children. Take, for example, their adopted teenage daughter Kiri (Sigourney Weaver), who is a free spirit, envisioned as a collector. “She’s young. She has a lot of spirituality in her. She was walking around her surroundings, picking up things and adorning herself with them,” says Scott. “Most of his costumes are not very organized. They are meant to look more like a charm bracelet, as it is irregular. She builds her costumes as her day progresses.

The necklace Kiri wears replicates the one Weaver’s human character, Grace, wore in Avatar. “She needed a connection to her birth mother,” Scott reveals.

A version of this story first appeared in the January 11 issue of The Hollywood Reporter magazine. Click here to subscribe.

How ‘Avatar: Way of the Water’ Tells Na’vi Stories Through Its Costumes – GameSpot