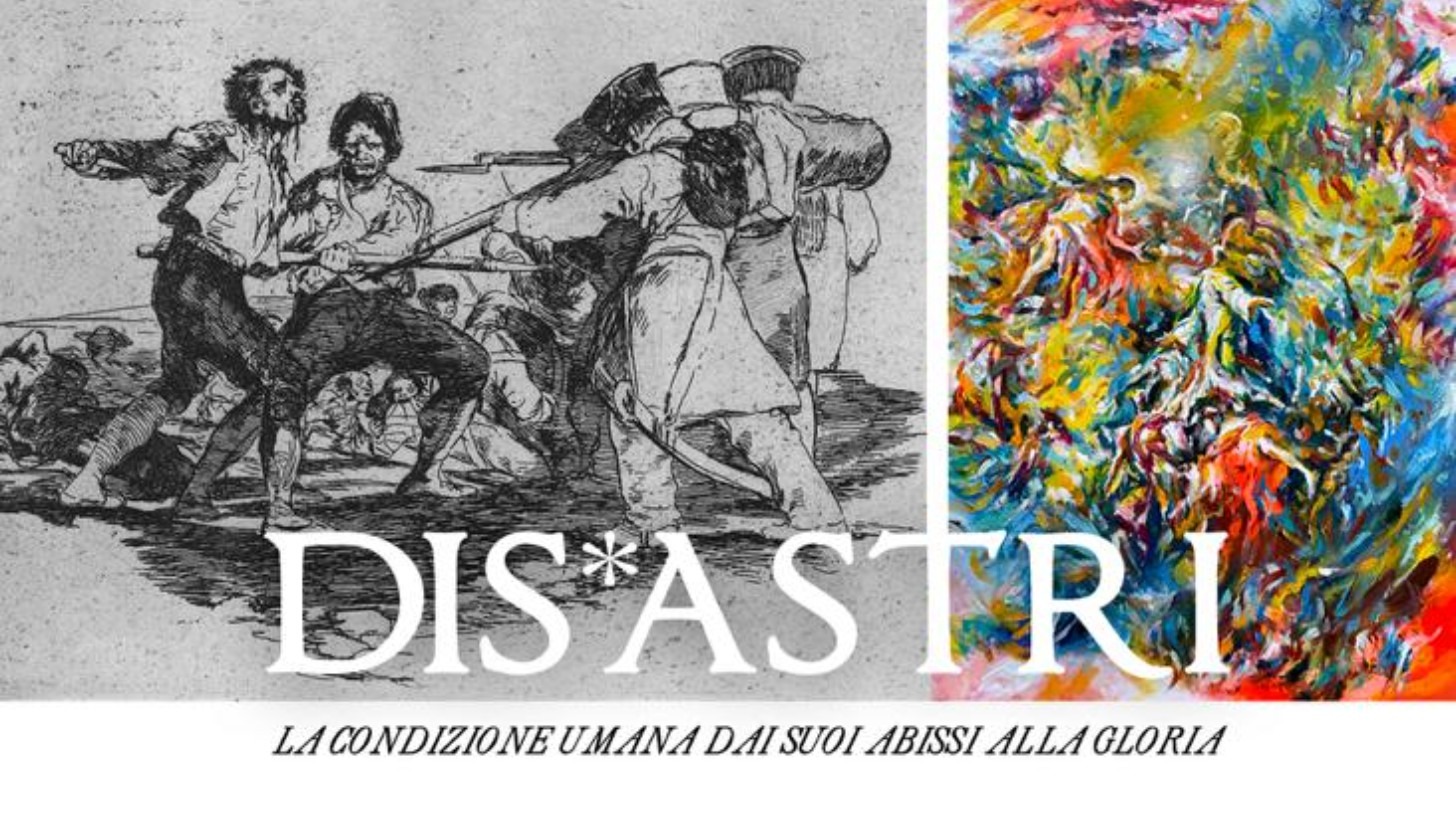 4′ of reading
01/13/2023
– The municipal administration of San Benedetto del Tronto and the University Museum of Chieti-Pescara, given the great response from the public to the exhibition of “The Disasters of War” by Goya, set up in the Palazzina Azzurra of San Benedetto del Tronto, have decided to extend the deadline of the exhibition (initially scheduled for January 15, 2023) to January 25, 2023, giving the possibility, to those who have not yet had the opportunity to do so, to admire the Spanish artist’s engravings.

Endeca Agitatore Culturale, association organizing and promoting the event, for the occasion, Sunday 15 January, at 17:00, will open, with the inauguration of a “new event within the event”, a dialogue between the work of Goya and the “Kingdom of Heaven” series by contemporary artist Mario Vespasiani. Dialogue that will accompany visitors to the exhibition for all these last, further, ten days of exhibition.

This new initiative, conceived and created by the curator Rosalba Rossi, by the architect. Franco Mercuri and Mario Vespasiani, takes the name of “DIS*ASTRI – The human condition from its abyss to glory”, establishes a dialogue between Goya’s disasters and Vespasiani’s saving stars and is thus illustrated by Rosalba Rossi herself: “Much light comes from darkness, much genius from madness. Light of talent and non-approval. Enter, but don’t look for a path, the only way is loss: this is the ideal condition to listen to the intimate relationship between Dream and Vision, in a surprising dialogue beyond time and space. I have always seen art that runs on an infinite thread, in the relationship between past and present, without interruptions, but in a continuous comparison and what we present today is a face to face between the works of Goya and the contemporary artist Mario Vespasiani , a timeless dialogue, full of references and nuances in the space of feeling.

This is meant to be the key to DIS*ASTRI, the human condition from its abyss to glory, i.e. the ability to relate, through processes of antithesis, subtraction, deprivation, as materialized in the prefix DIS, or in languages ​​opposite in terms of colors and techniques, the ancestral yearning and the tension of Man to the Value of Life, to its extensions, creative implications and responsibilities, which nourish and transform it. Mario Vespasiani’s latest recent production is a connection with a powerful evocative and visionary energy, the logos has spanned the centuries and the two messages have begun to dialogue. From the ruthless analysis of the human condition, the deflagration of the star has given life to a message of inner strength, spirituality, connection, research and the path for the Universal values ​​of man. From the point of view of the thought of the exhibition understood as a “living being” that lives, breathes and also evolves from the energies, vibrations, thoughts and inputs received from visitors, the same exhibition calls upon itself the three Kingdom of Heaven works by Mario Vespasian, bright and illuminated, in its deepest sense.

Mario Vespasiani is an incessant experimenter and the chosen works, even if bordering on the abstract, reveal to us with unequivocal signs, the depth of life, the sense of the sacred that surrounds us everywhere and always, a God of and in the little things, reflected from the big ones. Art is a space where productions of reality, real debates, perspectives and changes can be conducted, it is a creative action! Thinking creatively means that the artist is a social actor not relegated to the margins, but a spokesman, an agitator, of the culture which is the most important infrastructure, not the mere surface of society.

Art and Culture are essential accomplishments for the proper functioning of a community, they are communication, interaction, participation and any organization that does not promote this is doomed to failure. Therefore, this does not want to be an aesthetic intervention, but a way of direct communication, reflection, between citizens, the environment and the authorities to enter a transformation process, which first of all means rediscovering the sense of belonging. Goya and Vespasiani have never met, yet listening to their works, it is as if they had done it countless times, closer than one might imagine, because they are inhabited by the same overwhelming passion for the human being and for his adventure .

They are explorers of Life, in the Gift of the missing perspective, making us see what we have before our eyes and we no longer see; in the mysterious labyrinth of life they always know how to grasp the essence. Works that travel beyond the cardinal points, beyond the limits of the understandable and visible. What we have before our eyes is precious because it brings to light an encounter that never took place, a dialogue that never started, but resounds a thousand times. Art creates bridges and unpredictable connections and what has been built does not contemplate the final word. It continues here and elsewhere because the dialogue is incessant, essential, unpredictable. He calls us, questions us, prods us and exhorts us. A thought that walks, that cannot be harnessed, that in this wake shows us the way, whose value is in the sign of the highest of social achievements: Freedom.

Goya, the exhibition “The disasters of war” has been extended. And on Sunday a new event