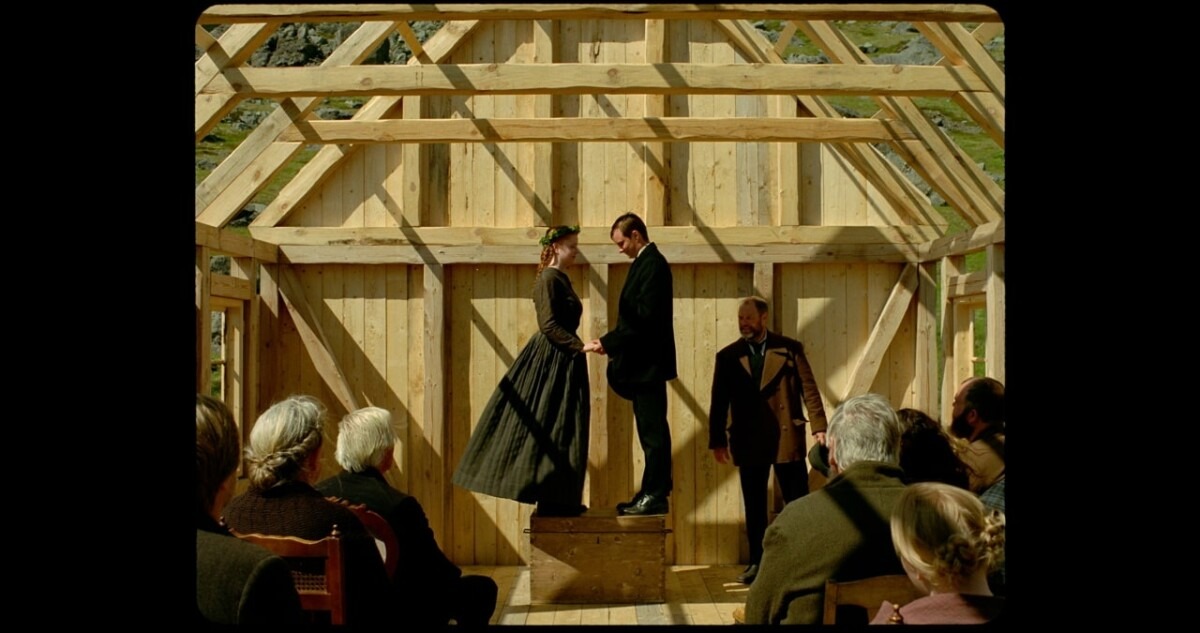 Godland is the new movie of Hlynur PálmasonIcelandic filmmaker former author of A White, White Daywith which he won the 37th edition of the Turin Film Festival and received the Rise Star Award al Cannes Film Festival of 2019. Released in theaters on January 5, 2023, the film tells the story of the journey of a Danish priest (Elliott Crosset Hove) in the harsh and inhospitable lands of Iceland, desperately searching for their faith through constant contact with nature, animals and the rigid local people. Also noteworthy is the important recitative test of Ingvar Eggert Sigurðssonone of the best-known actors in Icelandic cinema, who here performs a brilliant work of connection alongside the protagonist.

Godland premiered at the 75th Cannes Film Festival and subsequently Out of Competition at the 40th Turin Film Festival.

Photographs from a bygone era

The story begins when the photographer and Lutheran priest Lucas he is sent to Iceland with the aim of supervising the construction of a new parish, under the guidance of the grim Ragnar. Well aware of the importance of the mission, he decides to temporarily abandon his native country Denmark to embark on a journey that will put her to the test faithwhich will run the risk of being damaged and corroded by theimpervious And violent Nordic land.

In Pálmason’s mind the film comes to life starting from the discovery of seven photographs dating back to the end of nineteenth century. The link between the essence of a past reality and the purely cinematographic image passes through a visual rendering marked by the use of a 4:3 extremely claustrophobiccapable of giving back the immobility imperious of nature and the fragile silhouette of men in front of him. In Godland each element that appears on the screen takes on a fundamental value, full of an evident one symbolism: nature is creator, bearer of life and deathand the faith of the single individual has to deal with a very different world from the flashy and set one of the Church.

The gaze of the director moves slowly and to 360 degrees on the surrounding area, without losing even the most negligible and insignificant detail; for this the atmosphere you breathe is heavy, oppressivecompressed by the narrow edges of the frame and by the suffocating loneliness which grips the protagonist. A loneliness highlighted by the subtle but insurmountable language barrier – the one between the Dane and a rural Icelandic – which separates him from the people of the village and from Ragnar himself, his guide physics And spiritualwith whom he manages to establish a relationship exclusively confrontational.

The narrative structure makes use of a multifaceted dichotomy, which embraces different aspects of existence. Starting from the incompatible and conflicting relationship between man And environmentup to an insistent and conscious investigation into the comparison between religion And nature: Godland it really is there Land of Goda place where human faith comes verified or thwarted; a desolate land in which nature itself is both divine component and absolute ruler, a cruel combination that pushes anyone who does not possess the ability to to trust of the next, of understand each other.

A collision with the earth itself inevitably leads to a defeatespecially when the struggle is undertaken by the individual and not by the group. The attempts of the supporting actors to establish a relationship are of little use for the protagonist the incapacity of living within a community soon turns into a condemnation, an escape towards the tragic fate that awaits him inescapably.

There meat and the body they are nothing more than mere ephemeral components of existence, symbols of the temporariness that rigidly marks our life and which, with the passage of time, they rotyes decomposeuntil it becomes – or returns – one with the nature of Godland. The cold photographic image, like the filmic one, can prolong the memory of our earthly experience and can lead it through the passing of entire generations; yet only the complexes human relationshipsthe really tangible and concrete ones, can prevent our fragile and inconsistent memory to reach one complete deathinexorable consequence of a spiritual disappearance.