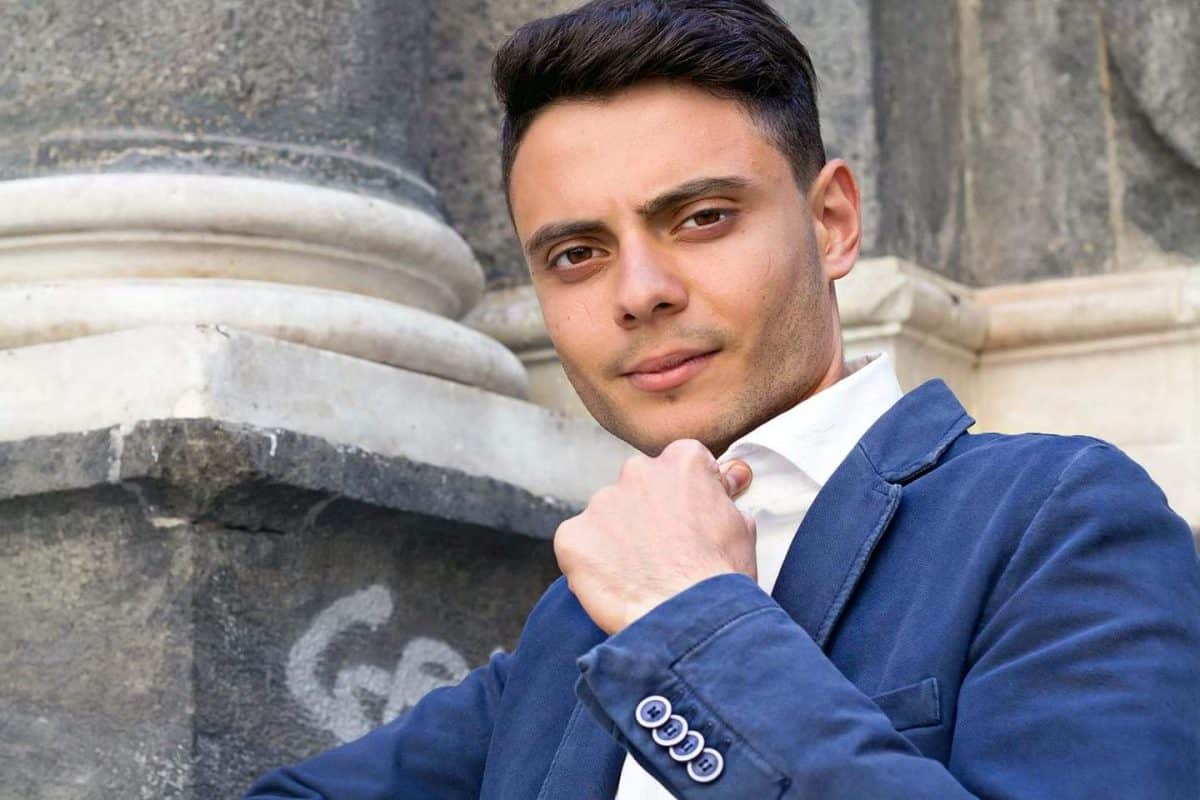 He made his debut at a very young age in shows such as NemoThe Little Mermaid, The Class, The Birds, The Storm, Cyrano De Bergerac.

Since October 2017 it is part of the “New Health Theater “. Many of his film and television experiences, even with special figurations, for example in Wrong or Right, A Place in the SunHigh Infidelity, The Handyman, The Brilliant Friend, The Brilliant Friend, History of the new surname and The brothers de Filippo.

Let’s get to know him better through this short interview

You started treading the stage early. When did you feel that this was your privileged “place”?

I started at the age of six with the theater.

At a certain point you realize that this is our place when you feel at ease on stage and when that fear of going on stage turns into a wonderful energy that you then distribute it to the audience which in turn sends it back to you. twice.

Have you been encouraged in your family?

In the family I was especially encouraged by my mother who loves theater and who also performed on stage several times.

The first shows you did… moments, anecdotes that you like to remember?

The first shows are the ones that make you remember both why you started and why you continued… playing with the characters but above all To live the scene, experiencing the stage, is something that I could define as a game that produces a magic that is the connection between you, your colleagues, the audience and the environment and everything becomes a whole; often before every show, especially when I was little, I dreamed of the scenes I would do on stage on the day of the show.

You have attended workshops and masterclasses with show business greats, such as Giancarlo Giannini. What did those experiences leave you?

I attended some masterclasses where I sometimes performed and I remember with pleasure what happened with Placido: improvising something in Tuscan in a comic key Michele Placido he burst out laughing.

With Giannini in another masterclass where I did not perform but I concentrated on him, on his advice, maybe even asking him specific questions and then after years, exactly in autumn 2020, I had the pleasure of sharing with him the set of “De Filippo Brothers “Directed by Sergio Rubini, where I was able to truly admire his art and then, as they say in the theater,” stealing “a little something of the trade.

Have you studied music and singing? Were there any shows where music played a particular role?

Wanting to be a complete artist, I started singing in 2021, then I stopped for personal situations but I will soon be back. I also do Burlesque, and there I found my dimension and my stamp in the acts and inspired by this art to mime it gives me a greater awareness of acting with the body which is fundamental for an actor. My myth for example ?! Charlie Chaplin!

Do you feel more comfortable in the theater or on a set?

Well, the difference between set and theater is there, but in the actor’s head, when he makes the scene, he manages to cancel it or rather for me it is so even if there are objective technical differences. The theater gives me more adrenaline as the audience is present and then the stage has its own energy while the set forces you to stand in a certain way in favor of the camera and according to the directives of the director, which change often, but to at a certain point you get so much “inside” that that scene is no longer a scene but becomes reality.

Do you have any reference actors?

I have no reference actors but I have actors that I adore like Vittorio De Sica then Antonio De Curtis, Tony Servillo, Carlo Verdone, Jonny Depp, Robert Downey, Jude Law, Leonardo Di Caprio, Pierfrancesco Favino, as well as Charlie Chaplin as I have already said. From these more than anything else I look for the stimulus that is important both to take some details and to be motivated.

What kind of music do you listen?

What are you doing and what will you do in the near future?

I will continue on my way and I will do more Burlesque shows as in June 2022 I did my first individual Burlesque act while the previous years I always worked in pairs and in addition I intend to do more theater dedicating myself more to deepen my sides that I still feel lacking and looking for new stimuli, perhaps writing-screenplay, directing.

How can we track your business?

Well, there are many things done on the net; for example, on Real time “The exams never end“As well as i De Filippo Brothers which can be seen on Raiplay where I play the part of the Actor who plays a Salumaio, a scene shot with Giancarlo Giannini and Biagio Izzo, A Place in the Sun, also on Raiplay, in the guise of an assistant to the Magistrate who discovers the transfer to the protected prison of Vintariello. Having an Instagram profile you can follow me on gianlucacirilloart and there you will find videos and photos related to my work.

Do you want to add something in the final?

Simply that I hope to improve in my acting career and I want to improve more and more, but above all to work a lot both on set and on stage with actors I respect or maybe don’t know, but who can create a further stimulus for me thanks to their characteristics, making me “Live” the SCENE.