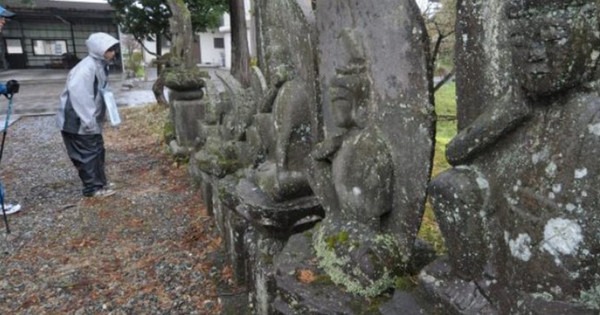 Every year, the Mext, the Japanese ministry of education, culture, sports, science and technology, conducts a nationwide survey on youth issues in all primary, middle and high schools, both public and private, with particular reference to long-term school refusal and absenteeism, severe bullying and violence in schools, and student suicides. The latest results published at the end of October and relating to 2021 have raised concern in all the education departments of the 47 prefectures of the Japanese archipelago

(Tokyo) Every year, the Mext, the Japanese ministry of education, culture, sports, science and technology, conducts a nationwide survey on youth issues in all public and private elementary, middle and high schools. particular reference to refusal and long-term school absenteeism, to the serious bullying and violence that take place in schools and to the number of suicides among students.
The latest results published at the end of October and relating to 2021 have aroused concern in all the education departments of the 47 prefectures of the Japanese archipelago. Two in particular the record data that have sounded an alarm on the creeping situation of hardship in which children and adolescents of the rising sun have been living for some time.

The first relates to elementary and middle school students classified by the Mext as “long-term absentees”.

In fact, compared to 196,127 in 2020 (annual increase of 24.9%) there are 244,940 children between the ages of 5 and 13 who have not attended school for 30 days or more, for reasons other than illness or economic reasons.The second worrying figure concerns the acts of bullying committed in schools of all levels.In fact, 615,351 cases were registered, with significant growth in primary and lower secondary schools. Both data appear to be the highest ever and, as regards school absenteeism in compulsory schooling, they confirm a trend that has now lasted for nine years.On the other hand, conflicting data on the suicide front.In fact, the survey revealed a drop in the number of pupils who took their own lives, going from 415 in 2020, the highest in recent years, to 368 in 2021. On the other hand, the number of suicides rose for the third consecutive year among elementary and middle school students: 117 cases in the last year, more than 100 for the second consecutive year.“Apathy and anxiety” in first place among the causes of absenteeism detected by the survey by the Ministry of Education, followed by “parent/child relationships”, “relationship and friendship problems”,while some experts added “student/teaching staff relationship” not highlighted by the survey.
In the background, pollsters from the ministry also blamed lifestyle changes and the fraying of interpersonal relationships caused by the prolongation of the pandemic as the reason for the decline in motivation in school attendance. Already in a previous online survey conducted by the National Center for Child Health and Development between November of December 2020, on how the social and economic changes associated with the coronavirus were affecting the body and mind of minors,it was found that 15% of students from fourth to sixth grade, 24% of those in middle school and 30% of those in high school had shown medium/high levels of depressive symptoms, while 6% of students from fourth grade up he also declared that he thought almost every day “of suicide or acts of self-harm”, showing increasing states of anxiety and stress.In report card 16 published by Unicef ​​in 2020 on the living conditions of young people in developed countries, it appears that among the 38 industrialized nations, Japan ranked 37th in terms of the “mental well-being” of young people, based on two indicators: percentage of 15 year olds with high life satisfaction and suicide rate among 15 to 19 year olds. The Unicef ​​investigation referred to data collected in 2018, before the coronavirus which may certainly have contributed to exacerbate the reasons for the malaise of the younger Japanese generations, but whose reasons must be sought elsewhere.
SIR asked the father to express his point of view on these issues Masaharu Torigoeprincipal of the “SalesioGakuin” a school that houses 1000 male students, not only Catholics, of middle and upper classes, which is located in the port city of Yokohama, not far from Tokyo.“A poor and dormant spirituality is the profound reason why the Japanese and young people in particular feel alone”,Fr told us. Torigoe, “Living next to our students we perceive how this lack of spirituality, not only of the Christian one, has consequences on their concrete life, making its meaning obscure, preventing the discovery of true values, depriving them of an orientation and reducing their ability to open up and relate deeply to the other”.
“Japan – he explains – is a rich, developed, technologically advanced, but materialistic country in which people are deeply alone and isolated”.
In ‘SalesioGakuin’, as a private school, religion can be taught but, underlines the Salesian principal, “as Christian educators, we are aware thata theoretical study of the Bible if not accompanied by testimony is not enough to reawaken the desire for spiritualitywhich, although dormant, is nevertheless present in these young people as in every human being”.
Finally, a reminder of the role of the family: “Young Japanese have low self-esteem and to help them, they need to experience being loved andfor this reason the family is fundamental as a privileged ‘place’ where one can express and share difficulties,

anxieties, hopes, mistakes, failures and where to feel welcomed, forgiven and loved”.

“As Salesians – concludes Father Masaharu Torigo -, we have a duty to restore attention to families, especially the poorest ones who have no possibility of sending their children to private schools like ours. As followers of Don Bosco it is our job to take care of them”.

Fr. Masaharu Torigoe (Salesians): “The loneliness of young Japanese is based on a poor and dormant spirituality”

Atmosfere Gospel musical review between Pozzuoli and Gaeta
The actors of “The Chosen” speak exclusively at ALETEIA
In Molfetta the "Christmas of wonders": the program of events
Tweet
Share
Share
Pin