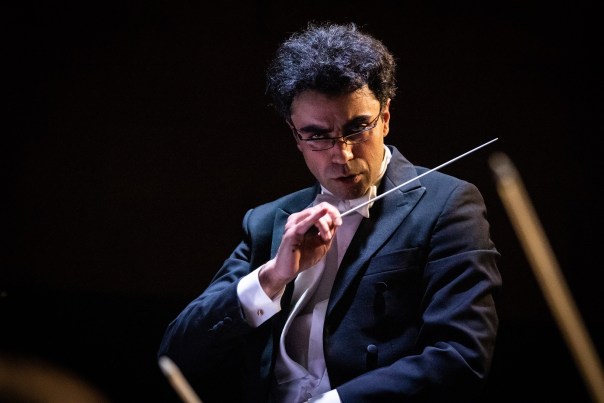 FLORENCE – Eight appointments free admission to “re-tune” the world and learn to listen to it again: from 4th to 16th September the Certosa di Firenze (Via della Certosa, 1) hosts Fil_Armonia, music and spirituality festivalconceived and produced by The FilharmonieTuscan orchestra composed of musicians under 35, with the artistic direction of Giulio Arnofi and the musical direction of Nima Keshavarzi. Six concerts and two conferences designed to stimulate reflection on the human being and his relationship with nature.

Music enters the place of silence: the monumental complex of the Certosa, built in the fourteenth century at the gates of the city, was in fact inhabited for centuries by Carthusian monks who made silence the main method of relating with their individuality, the community and the world. Today the Certosa is guarded by the Community of San Leolino, which promotes cultural and spiritual initiatives there.

In line with the past and present history of the Certosa, La Filharmonie has structured a review of concerts, conferences and multidisciplinary shows which focuses on music and the notion of harmony. This is the beginning of a cycle: this first edition of the Fil_Armonia festival is dedicated to the theme of spirituality, understood in the widest possible sense as a dimension in which to find a new balance with oneself, others and the world we belong to. The conferences will deepen the relationships between music, visual arts, philosophy and spirituality while the musical program is largely dedicated to the twentieth century and contemporaneity and is presented as a journey through songs characterized by very different sensibilities but united by the red thread of the themes of the festival.

The place chosen is quite appropriate for another great theme of Fil_Armonia: acoustic ecology, the cause of proven psychological and physical damage to people and the animal world. Greater awareness of sound can help rethink the design of urban areas. But that’s not all: it can encourage listening to oneself and to the world.

“Fil_Armonia in Italian it is an invented word. The meaning, however, is very clear – declares Paolo Cognetti, one of the creators of the festival – and expresses the love for the classical ideal of a musically ordered world, before the “tear in the sky of paper” of Pirandello’s memory. It is not a question of nostalgia for lost time, but of a search aimed at rediscovering the balance of the human being with himself and with nature, as a profound connection of everything. And really this reconciliation it seems more necessary today, after two years from the beginning of the COVID-19 pandemic, with the resulting economic and social consequences and the uncertainty for the future, aggravated by the war that broke out in Ukraine, on the borders of Europe. Once again we must ask ourselves about the meaning of our identity, not just cultural, we must ask ourselves who we are And who we want to be, under penalty of the definitive forfeiture of our companies. We are convinced that music can contribute to heal our world forgotten with its healing power because it helps to improve the ability to listen and in its being a creative act can symbolically but not only oppose destructive forces – war is its quintessence – and reveal a fertile ground on which to undertake transformation paths “.

Founded in 2016, La Filharmonie – Florence Philharmonic Orchestra is among the seven youth instrumental ensembles recognized and supported by the Ministry of Cultural Heritage and Activities in Italy, it was also the winner of the Smart & Coop 2017 competition supported by the CR Firenze Foundation and Legacoop Toscana as the best cultural start-up in the area. The Orchestra, with its over forty elements, flexibly deals with symphonic and chamber music, musical theater, opera and ballet and new forms of expression. His Season of Opera, Ballet and Concerts is the result of a constant search for elements of innovation, new sounds and new productions in dialogue with the great lyric-symphonic repertoire.

The program will open Sunday 4 September at 9 pm in Chapel of Santa Maria with “The end of times”, In which the quartet composed of Emilio Checchini on the clarinet, Clara Franziska Schoetensack to the violin, Stefano Aiolli on the cello e Marlene Fuochi on the piano he will perform the “Quatuor pour la fin du temps“ from Olivier Messiaenone of the most extraordinary compositions of the twentieth century: written in the prison camp Stalaag VIII-A and directly inspired by the Apocalypse of John in the New Testament, it deals with the problem of time with an extremely original perspective.

Among the events not to be missed, the new productionin collaboration with the Zera association, “Pasolini Suite “on the anniversary of Pasolini’s birth, to be held Sunday 11 September in the Pinacoteca del Pontormo. Directed by Alessia De Rosathe actor and playwright Andrea Bruni and training “DUOroboros” composed by Dagmar Bathmann (voice and cello) e Omar Cecchi to percussion, he will probe between words and music the strong link between Bach’s works and Pasolini’s life and art.

The closure, the September 16 in the Pinacoteca del Pontormois entrusted to “Eternal Music”. The La Filharmonie Orchestradirected by master Keshavarzi, will propose a concert to reread the musical past in a different way. The result of an artistic residency at La Certosa, listening to “Ancient dances and arias for lute“ by Ottorino Respighi, “Cantus in memoriam Benjamin Britten” by Arvo Pärt and the “Serenade op. 48“ by Pëtr Il’ič Tchaikovsky will try to forcefully project us into the interior, for the recovery of a capacity for listening.

Concerts complete the program “Toward the light”in which Alberto Bologni on the violin and Giuseppe Bruno on the piano they will perform some of the rarest pearls of the twentieth century and contemporary repertoire of Arvo Pärt, Franz Liszt, Peter Fribbins, Ildebrando Pizzetti and Valentin Silvestrov, on a journey through darkness and light, action and contemplation, pain and joy, trying to recover a new horizon of meaning (8/09); “Rediscovered places”, In which the trio consisting of Heita Giacomo Ferracci to the violin, Francesco Canfailla on the cello e Anna Farkas at the piano he will investigate the dimension of the relationship, from “Places rediscovered” by Thomas Adés – water, the mountain, the fields, the city – al “Trio for piano and strings N.2“ by Dimitri Shostakovich, one of the most touching and poetic testimonies of friendship in the history of music made with a language that admirably blends some elements of classicism with the demands of contemporaneity (9/09). It’s still: “Meditation in music”in which Paolo Cognetti will perform the new solo piano album “Spring Will Come“: the pieces are presented as meditations, auditory spaces in which to reside with one’s emotions and thoughts, in an attempt to exploit the healing power of music and to acquire greater self-awareness in view of a more authentic, intense and serene life ( 15/09).

Finally, two conferences in the Pio VI Room: “Music, art and spirituality”, A dialogue between the historian of music Alberto Batisti and the art historian Carlo Sisi on the report of the three in the twentieth century (6/09 at 18), and “Music and spirituality”In which the musicologist Daniele Spinithe philosopher Giuseppe Cognetti And Don Carmelo Mezzasalma of the Community of San Leolino they will address the thematic heart of Fil_Armonia, trying to deepen the notion of spirituality and to provide a historical profile of its relationship with the music of the European classical tradition.

Fil_Armonia debuts at the Certosa di Firenze, a festival of music and spirituality with free admission – Firenze Post