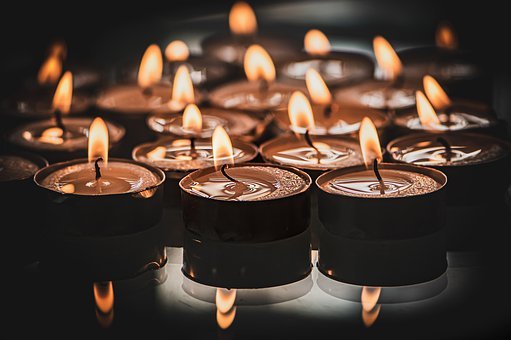 Tweet
Share
Share
Pin
The Circle of Readers inaugurates its new season by drawing a cultural geography that starts from Turin and Novara, and passes through Chambéry, France and Europe. We talked about it with the director of the Circolo dei readers Foundation, Elena Loewenthal, who illustrates the international project Vis-à-Vis, based on the thought of Jean-Jacques Rousseau. The poets Martin Rueff and Valerio Magrelli will discuss the figure of Rousseau in the meeting Our Rousseau (Wednesday 20 October, 6.30 pm). The philosopher Maurizio Ferraris will stage the lectio Walking on all fours: Voltaire and Rousseau (Thursday 27 October, 6.30 pm).

From 29 September to 2 October Turin Spirituality puts the frontier between oneself and the world, the skin, at the center of its XVIII edition. Among the guests, the Nobel Prize for Literature, Orhan Pamuk presents The nights of the plague (Einaudi), Joshua Cohen presents The Netanyahus (Code), Pulitzer Prize 2022, released in September in Italy; and then many actors, thinkers, women and men of worship discuss leather and contemporaneity (among these Fabrizio Gifuni, Luciana Littizzetto, Stefano Mancuso, Massimo Recalcati, Oliviero Toscani, Cecilia Strada, Gherardo Colombo, Vito Mancuso and Alessandro Bergonzoni, Jan Brokken, Frank Westerman, Nicola Lagioia and Valeria Parrella, Luigi Maria Epicoco, Enzo Bianchi).

Among the great Italian and international writers, in autumn Cristina Comencini arrives in Turin with Flashback (Feltrinelli), on 3 October, Marco Missiroli with Have it all (Einaudi), on 6 October; on 4 October, Francesco Costa presents his new essay California (Mondadori), in synergy with the Club, on the occasion of OGR talks, format of OGR Torino; Ernesto Ferrero, historical director of the Turin International Book Fair and Strega Award in 2000 with N. presents on 17 October Afamily album, masters of the twentieth century live portraits out for Einaudi; on 12 and 13 November, as part of the Biennale Tecnologia, the Circolo hosts the Mario Desiati and Francesco Piccolo Strega Awards; David Quammen arrives at the Astra Theater, November 19.

At the Readers’ Club, reading groups are enriched with new proposals, both in person and online. Between October and December José Manuel Martín Morán and the group from Hispánica reread the Don chisciotte and with it the whole modern novel. The reading group Il Comune Sense di una lingua with Andrea De Benedetti, linguist and author of the essay So don’t schwa (Einaudi), offers a reflection on language and on changing Italian. The Book Club is the English group curated by Rosemary Perry Vine with readings by Claire Keegan, Nastassja Martin, Patricia Lockwood and other Anglo-Saxon writers. Roberta Sapino hosts a group to spread the magical world of poetry. Vesna Scepanovic and Irene Zagrebelsky lead the group Girl, woman, other, authors from sub-Saharan Africa, the African diaspora, Afro-descendants, Afropolitans who write because our words are actions, resistance.

Online reading groups are also back: among these Giuseppe Culicchia leads Hey oh let’s go to work! Literature, cinema and work; Paolo Nori explains Russian literature; Loredana Lipperini reads of westerns and fantasy, of Stephen King’s opera world, of Gilead’s Roland, of creating a Ka-tet, of antagonists, men who have fled into the desert, of the language of this and other worlds; Paolo Di Paolo accompanies his group on the rediscovery of Italo Calvino. And there will also be Chiara Valerio on Fleur Jaeggy and Francesco Pettinari.