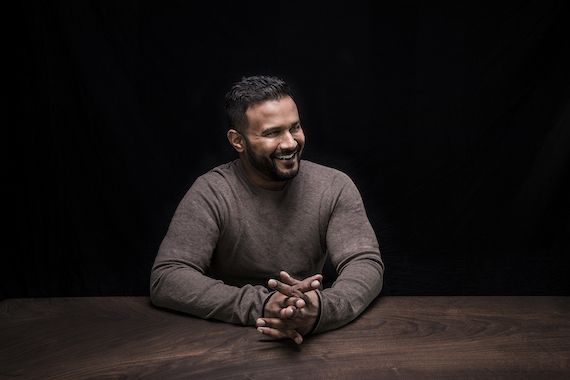 “If you don’t have access to the values ​​of spirituality, you’ll start to believe that everything that’s right — or wrong — is your fault,” according to Dax Dasilva, founder and executive chairman of the board of Lightspeed Commerce. (Picture: courtesy)

GUEST BLOG. In the business world, spirituality is rarely discussed. For Lightspeed Commerce Founder and Executive Chairman, Dax Dasilva, however, it has been a key driver of innovation and leadership.

Maintaining one’s spirituality — which refers to our relationship to the world and self-revelation — would encourage us to become an agent of change in our professional relationships and would promote our development. And that, Dax Dasilva understood very early in his career.

Born in Vancouver, he grew up in a Christian family from Uganda. From the age of 14, he revealed his homosexuality, while attending a Catholic school for boys. He will pursue graduate studies in computer science at the University of British Columbia, before turning to religious studies and art history. Subsequently, he moved to Montreal in 2001 and became one of the spokespersons for LGBTQ+ rights and positive social change.

In 2005, Dax Dasilva created Lightspeed. Founded on the principles of inclusion and diversity, the company is becoming one of the most promising IT companies in Canada. Today, the New York and Toronto Stock Exchange-listed company provides the most advanced e-commerce platforms. Its IT solutions are used by retail and restaurant professionals in more than 100 countries.

It was also in 2005 that Dax Dasilva converted to Judaism. Spirituality played an important role in his business decisions. “The more things evolved at Lightspeed, the more I developed my spirituality. If you don’t have access to the values ​​of spirituality, you will start to believe that everything that goes right — or wrong — is your fault,” he said during our meeting. According to him, an absence of spirituality and withdrawal into oneself would contribute to anxiety, which ultimately affects our productivity.

In 2015, Lightspeed’s significant growth requires ever larger offices. It was during this expansion phase that Dax Dasilva decided to transform its former offices located in Mile-Ex into a non-profit organization, Never Apart. The center is quickly becoming a hub of “unity and social change”, thanks to various artistic, cultural and musical events. “This project wouldn’t have been possible without my background in art history and the effort put into developing that interest as a passion,” says Dax Dasilva.

This year, the organization announced that it will also focus on protecting the environment.

Become an agent of change

Dax Dasilva wants to offer this advice to young entrepreneurs: foster your spiritual awakening and open yourself to new personal experiences. “If you have different interests, cultivate them even if their relevance is not obvious today. They will make you a more fulfilled person in the long run,” he says.

In 2019, he published his first book titled Age of Union. Based on four pillars — leadership, culture, spirituality and nature — it is intended as a guide for anyone determined to become an agent of change. Age of Union therefore provides practical advice for those wishing to start a business or a non-profit organization, while encouraging the protection of the environment. “It’s a toolkit for anyone who wants to make a difference, in any way, and reach their full potential,” he says.

To walk the talk, Dax Dasilva last fall launched the Age of Union Alliance, a non-profit organization that supports on-the-ground projects to protect endangered species and ecosystems around the world. Among its generous contributions, the organization announced at the beginning of the year a donation of 4.5 million dollars to Sea Shepherd to fight against illegal fishing and prevent accidental catches of dolphins.

In early February, Dax Dasilva stepped down as CEO of Lightspeed to focus on environmental projects and achieving corporate equality. He is now executive chairman of the board, while Jean-Paul Chauvet succeeds him at the head of the company.

Dax Dasilva’s atypical career reveals that tapping into our spirituality and our passions can be useful in self-realization. This is how we are likely to not only become better leaders, but also agents of change that we want to see in the world.

Dax Dasilva relies on spirituality to change the world

Interview with Abel Ferrara: "We ended up on the brink of a nuclear holocaust"
Thierry and Martin Sibieude, back from Compostela: “Our march has...
District 10: Sharlto Copley updates on the sequel to District 9
Tweet
Share
Share
Pin