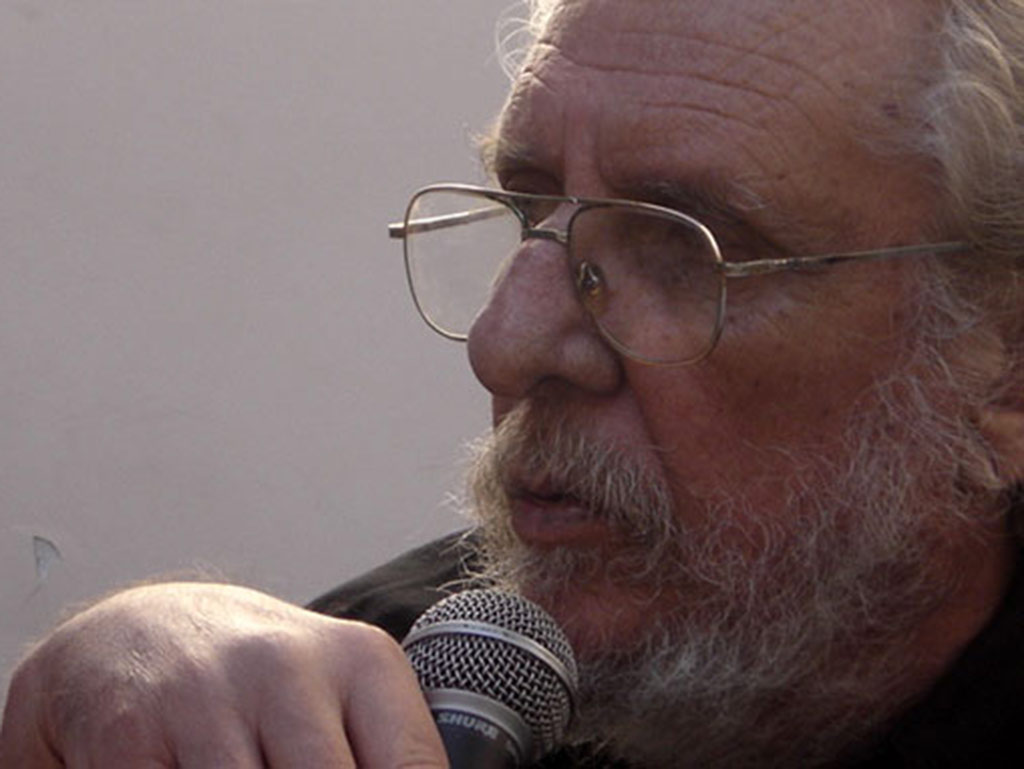 The descendants of Haitians called him “El Barbú”, not only because of his gray and sparse beard, but also because of the boots that always accompanied him on his walk through the steep streets of Santiago de Cuba.

Friends from the eastern mountains and the closest collaborators of Casa del Caribe, who discussed his work at the Joel James In Memoriam International Colloquium, say that both were part of his personality. Those closest to him assure that he did not take them off because he had not yet stopped fighting.

The event, which takes place in the eastern Cuban city until January 13, the 81st anniversary of the birth of the founder of the Festival del Caribe and Casa del Caribe, extols the imprint of his work, recalls his investigative and cultural work , in addition to the values ​​of the root expressions of Cuban identity.

Also an essayist and narrator, he was among the deepest scholars of the Cuban being and spirituality, one of the reasons why he received the National Award for Cultural Research.

Author of numerous works (Los Testigos, Towards the land of the end of the world, Caballo bayo, Shame against money, Cuba 1900-1928: Republic divided against itself), he also received the National Award for Community Culture and the Distinction for National culture.

Born on the outskirts of Guanabacoa, in Havana, Joel James (1942-2006) directed Casa del Caribe from its founding in 1982 until his death, after a past linked to the struggles against the dictatorship of Fulgencio Batista (1952-1958). ).

“I had completed advanced high school studies that were cut short by that fight, and the very family environment in which I had grown up determined a certain accumulation of cultural information,” he told this reporter in an interview in 2003.

“That allowed me to write a satisfactory writing, which made the command understand in the first months of 1959 that it could help to prepare the magazine El Combatiente, which at that time became an organ of the Eastern Army and directed by Jorge Risquet.”

-When did your relationship with the study of history begin?

-My link begins by tracing the origins of Marti’s thought.

Martí, a Havana boy from Paula street, a place almost outside the walls, in a neighborhood of needy, fugitive delinquents, people without jobs, without benefits, who also spent six months in the public jail of Havana, where there was no difference between political and common crime, by force had to make contact with the entities that carry traditional Cuban popular culture.

That is to say, with the santeros, with the paleros, with ñáñigos, abakuás, rumberos… A person who was in the Hanábana, who saw the smuggling and the abuses to which the slaves were subjected, indisputably had to feel that contribution.

It could not happen otherwise in the face of such a clear intelligence, such an awakened sensitivity, which had to face the shocking reality they lived.

This led me to a deep reading of Martí and then to the study of the history of Cuba in its various facets. In addition, the practice as a journalist in the magazine El Combatiente and in the newspaper Sierra Maestra forced me to venture into the Cuban historical event.

– Why this manifest interest in the investigation of the imprint of religions of African origin in the eastern territory of Cuba?

-It begins as a discovery from my work in the theater.

The actors of the Cabildo Teatral Santiago are people who come from the most humble sectors of society -mostly blacks and mestizos-, which is why they bear a culture that, like that of the Caribbean immigrants, was completely buried.

I realize that it was not investigated enough and I dedicate myself to studying it because I recognize that it is a part of the national culture that did not have adequate public recognition.

This search with a group of colleagues led us to the discovery, for example, of the Cuban variant of voodoo, which not even Don Fernando Ortiz had seen. And not because he lacked professional merit or intelligence, but because a Revolution had not occurred in Cuba.

Before, Haitians and Caribbean descendants, in general, were triple discriminated against: by blacks, by poor people, and by Haitians, which caused them to hide their culture, traditions, and, logically, also their religious practices.

By dignifying them, by giving them the status of Cuban citizens, the Revolution created for them the budget that allowed us to work, to investigate the cultural manifestations that they bear.

The same happened with the Cuban magical-religious systems, read Santeria, palo monte, espiritismo de cordon or the Cuban variant of voodoo that we found.

It is very satisfying that this public recognition of their culture led to the Festival of the Caribbean, and we know what it means in our context of blockade and economic difficulties to hold an event with thousands of people from all over the country and from other nations for a whole week.

-Does it mean that the emergence of Casa del Caribe in 1982 was a necessity?

-It was a spiritual need not only mine, but also that of the colleagues of the Cabildo, among other researchers of the territory.

In Santiago there are many communicating vessels between cultural expressions and creators, and this is sustained by the strong cultural personality of the people of Santiago de Cuba, generally from the eastern part of the island, with very Caribbean specificities.

Think, for example, of the presence in history and culture of immigration as a result of the Haitian Revolution at the end of the 18th century and beginning of the 19th century, or the wave of Caribbean laborers who arrived after 1914, as cutters of cane.

That culture deserved the existence of an institution that traced not only the past, but also the reality and perspectives of Caribbean culture based on proposals made from Cuban culture.

-What are those descendants of Haitians, Jamaicans… whose culture you try to defend as part of ours?

-They are my brothers, I live with them on equal terms. I dedicated several books to them. The chances are that none of them will read me and in all probability they will never read me.

Just like the priests of the palo monte or Santeria, with whom I live here in Santiago de Cuba and in other places in the country, do not read to me. Yet they love me and I love them. I believe in them deeply and I am sure that they will never let us down.

-Not being from Santiago by birth, he became one of the most fervent promoters of his culture. Why?

-I feel very identified with Santiago. This city has a force that cannot be discovered at first sight, although there is a kind of magnetism: those who arrive for the first time feel it. There is an element of spiritual telluricity.

In a certain way it corresponds to the tectonic telluricity of its soil, which gives it a very attractive personality. There is magnetism. Santiago de Cuba has what in Catholic and Christian terms is called character, a very strong imprint.

I believe in mystery. I believe that human reason, fortunately, has a limit to penetrate the essential reality of the human being. That limit cannot be crossed. And since I believe in mysteries, I don’t question the mystery that makes Santiago de Cuba possess this magnetic charge that attracts and holds you.

-Which do you consider yourself more: an intellectual or a cultural promoter?

-I am a revolutionary that the only thing that I do since I was 14 years old is to fight. Fight according to the modality of combat that each moment requires.

I think that fighting with intellectual production, with cultural promotion, as a writer and as a rallying point for people, is a way of fighting for independence, for the sovereignty of the country and of the Revolution.

By Mario Muñoz Lozano/Head of the Cultural Writing