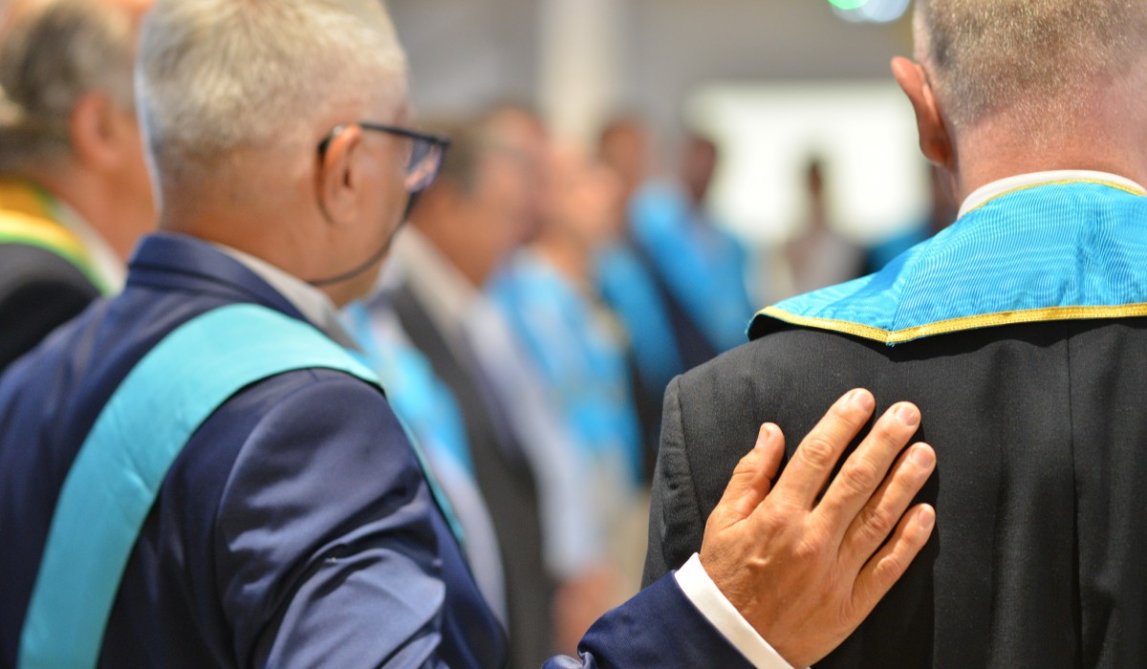 Four dignitaries of Freemasonry: this is the “meeting” which was organized on January 8, for the 185 citizens participating until the end of March in the Convention on the end of life. During their interventions, followed by those of two philosophers defending very similar positions, they each called in turn to legalize euthanasia and assisted suicide, invoking practically identical arguments. While a first high-quality contradictory debate had been organized the day before, the organizers of the Convention thus once again took issue with the reproach that had already been leveled at them during previous sessions: the organization of interventions bringing together people defending a identical position, and not discussions between different or contradictory positions in order to highlight the issues. During the first weekend of the Convention, its organizers held a ” round table “ bringing together two actors of euthanasia in Belgium and assisted suicide in Switzerland sharing an enthusiastic vision of their respective activities without any contradiction or debate.

It would, however, have been easy to find one or two voices to question in depth the assertions of Freemason dignitaries, and thus help the citizens to discern right from wrong, the reasoning of the elements of language, the formulation of principles apparently altruistic and reality hiding behind them. Thus, how can the Economic, Social and Environmental Council claim to shed light on the issues by presenting, without the slightest debate, opinions affirming that euthanasia, punished as murder in French criminal law, would be “a fraternal act to the highest degree” ? that we could “to give death with love as one gave life” ? That the euthanasia of a patient by his doctor could be a “last care”, “a concrete expression of fraternity” and come under a “empathetic, benevolent human relationship” ? Similarly, the four speakers have repeatedly affirmed that the Clays-Leonetti law of 2016 “not suitable”, while caregivers who work with end-of-life patients keep saying the opposite. They also hammered home the idea that euthanasia should not be pitted against palliative care – a well-rehearsed language used by euthanasia activists and periodically challenged by palliative care professionals – and asserted that “fears of drift are not relevant” even though these fears have never been so present, especially among citizens participating in the Citizens’ Convention! One by one, the four Freemason dignitaries have in fact shelled all the elements of language of the militants of the Association for the right to die with dignity and it would have been honest to inform their audience.

“Killing a human being is still a very heavy act…”

Another point on which bringing contradiction would have enabled citizens to better appropriate the issues of the debate: the claim to redefine words and even the reality to which they refer. Thus, while recognizing that euthanasia involves “kill a human being” its followers would like the words “euthanasia” and “kill” to stop being used. “We would like to reform the word euthanasia, misunderstood, poorly accepted by the population”affirmed the representative of the Grand Orient of France, proposing that he be replaced by “medical assistance in dying” and suggesting that, in the Penal Code and the Code of Medical Ethics, euthanasia be treated as a “cause of natural death. »

“In our Judeo-Christian culture, regretted Catherine Lyautey, Grand Mistress of the Female Grand Lodge of France, interrupting life is still a taboo and one of the greatest prohibitions in our society”the philosopher André Comte Sponville, also “resolutely” in favor of legalizing euthanasia, called for renaming it “Voluntary interruption of life” (IVV), in reference to the expression “voluntary interruption of pregnancy” (IVG) used to qualify abortion. “Beware of words, declared in the same direction Marc Henry, former Grand Master of the National Grand Lodge of France. Killing someone is punishable by law, it is murder. An assassination is not nothing. Is it about killing someone or accompanying him in his desire for death? For my part, I would not use the word to kill, I would rather speak of helping those who have this desire”. “Killing a human being is still a very heavy act”had indeed declared shortly before André Comte Sponville, thus affirming ” understand “ the fact that doctors express their opposition to euthanasia to him by telling him that they “did not make medicine to kill people”.

The confusion between Freemasonry and philosophy

Questioned by several journalists on this ” encounter ” and the absence of any divergent opinion, the Economic, Social and Environmental Council defended this choice on behalf of the… “pluralism”. Indeed, during the meeting of the leaders of the religions present in France which had organized for the Citizens’ Convention on December 16, they all had – in the name of Catholics, Orthodox, Protestants, Jews, Muslims, Buddhists – expressed their very firm opposition to the plan to legalize euthanasia and assisted suicide. The organization of the meeting with the Freemasons and the two philosophers was supposed ” compensate for “ the de facto unanimity that had emerged (the same unanimity that subsequently emerged during the intervention of the caregivers) and to present a “different” approach. This has been grouped together by the EESC under the title of “secular spirituality”, bringing together in fact four Freemasons and two philosophers. An astonishing grouping in more ways than one. Philosophy and Freemasonry are indeed two totally different realities: one is a secret organization born in the 17th century, bringing together followers who share certain ideas, the other is a multi-millennium human science taught everywhere in France which is based on the use of human reason. What will the 5000 French philosophy professors think when they know that on a question as philosophical as death their contribution has been reduced to the presence of two of them and associated with Freemasonry?

No space for criticism

Another subject of astonishment: the number of Freemasons invited. During the December 16 meeting, only one religious leader was invited to speak for each religious current. For Freemasonry, the representatives of this worldview were not one but four. Behind the claim to pluralism and equal treatment between the convictions of each other, it is therefore rather an inequality of treatment and a difficulty in responding to the promise of “contradictory debate” formulated by Elisabeth Borne on the first day of the Convention that this second meeting illustrated, fueling the suspicions of which its organizers are the object of trying to make the citizens lean in a certain direction.

Moreover, after the meeting of December 16, a time for discussion and discussion in small groups was offered to citizens, which gave them plenty of time to express their reservations, compliments and criticisms. After the meeting with the Freemasons, nothing of the sort: no place for a collective exchange or a critical distancing had been planned. An absence of space for criticism comparable to that observed on 3e day of the Convention, during the enthusiastic speeches of those involved in euthanasia and assisted suicide from Belgium and Switzerland.

Convention on the end of life: pressure from Freemasons to legalize euthanasia