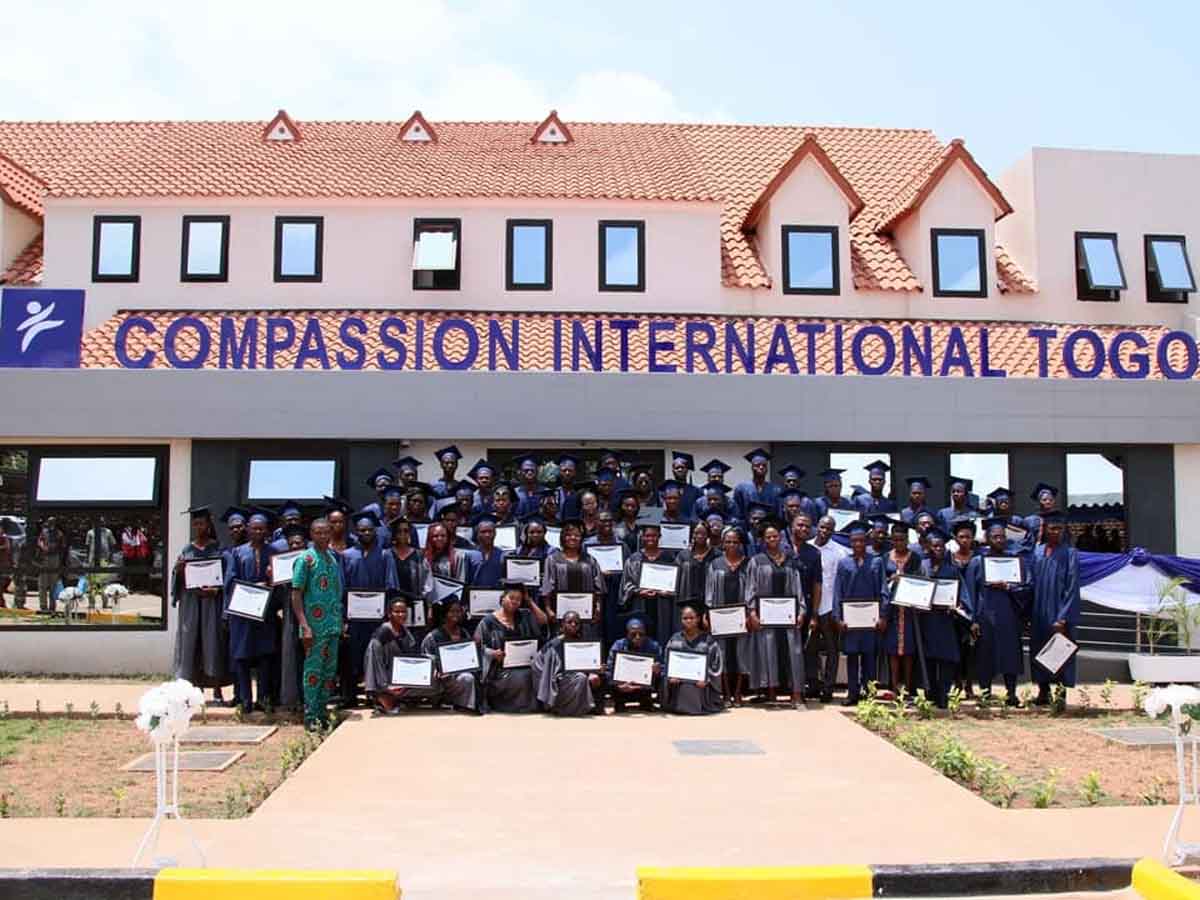 The new headquarters of Compassion International Togo was dedicated on Friday. It was during a ceremony chaired by Adjovi Lolonyo Apedoh-Anakoma in the presence of the Vice-President of Compassion International Africa, Palamanga Ouali and the National Director of the organization, Olivier Koffi Ahonon. The inauguration of the headquarters was coupled with the exit from the program of 65 young boarders.

It is a modern headquarters that Compassion International now has, after more than 14 years of service to the development and protection of children in Togo. The estate covers an area of ​​3 thousand square meters. There are about sixty offices there with 2 large capacity auditoriums for conferences and meetings.

The construction of this headquarters will allow the American NGO to intensify its actions for the development and protection of children in Togo.

The National Director of Compassion International Togo did not hide his happiness for the outcome of the project.

“It is a great joy for us today to dedicate this building which will provide comfort to our staff. We have the necessary equipment today to do the job well and also help the actors throughout the national territory,” said Olivier Koffi Ahonon.

In Africa, the Togo office is thus the second to have its own headquarters after that of Kenya. In this regard, the Vice-President of Compassion International Africa, Palamanga Ouali welcomed the collaboration of the Togolese government and the facilities offered in the realization of the project.

Established in Togo in 2008, the NGO Compassion Internationale Togo is resolutely committed to the development and protection of children in Togo. In 14 years of activity, it has enrolled more than 75,000 children and young people in its holistic care program throughout the national territory. In 2006, there were only 600 children taken care of.

Of the ranks of the first children taken in charge from 2006, 65 reached the age limit set at 22 in 2022 and therefore left the program. They have received the necessary training that can enable them to change their own lives, those of their families, but also to positively impact their communities.

On the sidelines of the inauguration ceremony of the new headquarters, they received their certificates. They took the opportunity to salute the support they received from Compassion International.

“I thank the Lord for the opportunity He has given me to be part of the Compassion International Togo program. 14 years in this program has changed my life. The program allowed me to be where I am today. I have a degree in mechanical engineering and I am one of the young actors who positively impact their communities. Compassion’s support allowed me to develop a solar-powered tricycle for people with disabilities,” said Winner Fandoumi, beneficiary of the Compassion International program.

The organization mainly targets children from the most disadvantaged families. From an early age, it provides them with physical, socio-economic and spiritual support in order to help them get out of poverty.

To do this, Compassion International partners with churches. In Togo, more than 300 churches are partners of the Christian NGO.

“Our development model is unique because it relies on churches in the communities where the children live. Thanks to our interventions, hundreds of thousands of children are developing their God-given potential and many of them are already making a difference in their communities. Young people are equipped to support themselves, their families and members of their communities and also to positively influence those around them,” explained Palamanga Ouali, Vice President of Compassion International Africa.

Founded in 1952, Compassion International operates in the field of holistic care for children and young people. The NGO is present in 26 countries including 9 in Africa where nearly 3 million children are cared for.