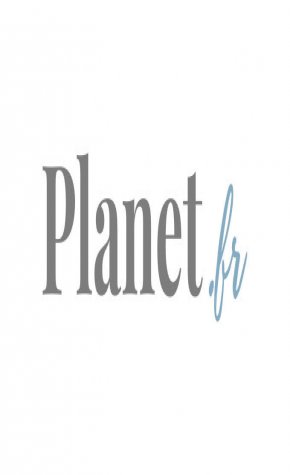 The singer, who was born on January 17, 1944 in Paris, spent her childhood alongside her mother, a bookkeeper and her younger sister. His father, who is the director of a calculating machine factory, leads a double life. The latter is married to another woman and is only rarely present with his daughter Françoise. This absent father is slow to recognize her. The girl is then considered a “bastard” in the eyes of others.

In “Le Divan” by Marc-Olivier Fogiel, in February 2016, Françoise Hardy spoke about her father: “Everything would contribute to my developing the feeling of shame, she confides. When we sent him a card, it absolutely had to be in an envelope and there should be no address on the back. There has always been something hidden, clandestine.”

Complex and sensitive, the young girl at the time also had to deal with repeated bullying from her maternal grandmother: “My grandmother was someone extremely negative, neurotic. I consider that she has done harm to those around her, to myself and to my mother. He is someone who has not stopped suing me at all levels from my most tender age” she explains on France 3 in the program To your loves, in 1991.

Her miscarriage and her relationship with Jacques Dutronc

Françoise Hardy meets Jacques Dutronc as she begins to make a name for herself in the music industry. He quickly falls under her spell but she barely notices him. In 1966, Jacques Dutronc took off thanks to his song And me and me and me. Some time later, they meet again and the singer asks him to become her guitarist, he refuses. The young woman finally takes the lead and invites him to Corsica for a few days. Their relationship officially began in September 1967, but for a few years the couple barely saw each other due to a busy schedule.

From their love born little Thomas, in 1973. A year after the birth of the child, the couple moved in together, but each lived on his own floor. As the singer shoots in the film The important thing is to love, he has a relationship with actress Romy Schneider. The two actors leave at the end of filming and Jacques Dutronc returns to Françoise Hardy. Over time, their relationship deteriorates and the stars leave in 1988. Even if the couple is separated, Jacques Dutronc does not agree to divorce. Since then, the singer has lived with his new girlfriend in Corsica and the two former lovers have remained on good terms.

Jacques Dutronc was delighted with the miscarriage of the singer

On March 28, in an interview with Telerama, Françoise Hardy evokes without taboo the loss of her second child. While she was expecting a baby girl, the young woman had a miscarriage. As the singer explains, Jacques Dutronc would then have had a surprising reaction to the announcement of the news: “”I called him…. and he was delighted. ‘I knew that there would be a problem, I always saw myself with a little boy and not two.’ He had a kind of sixth sense and the news reassured him, in a way,” she explains to the magazine.

His father, a homosexual, was assaulted at his home

Françoise Hardy only discovered her father’s homosexuality when he was 80 years old. A few years ago, the latter was found unconscious in his apartment, beaten by a man he was soliciting.

In The sofa by Marc-Olivier Fogiel in February 2016, the singer spoke on the subject: “It shocks me that when you are old, you solicit young people by paying for their services. It makes me feel ashamed for both people. For my father and the young man who needed this to live. After the term “assassin” is a bit strong. My father was knocked out, not killed. He died some time later in hospital because he was elderly.”

The star also claimed in his book Despair of the Monkeys, released in 2008: “I believe that my father did not have a homosexual relationship until a certain age, because he had several women in his life. It seems to me that he was married several times, at least twice.”

His illness almost cost him his life

At 75, singer Françoise Hardy is not ready to say goodbye to life. In 2004, the star learned that she was suffering from a serious illness: cancer of the lymphatic system. In an unpublished documentary broadcast on France 3 in October 2017, François Hardy confided in this unexpected illness: “When I learned that I was sick, it was a shock all of a sudden”, explains t -she in front of the cameras.

I was told, ‘You have lymphoma (a cancer of the lymphatic system). I barely knew what it was.” Touched by this twist of fate, Françoise Hardy recounts the day she announced her illness to her son, Thomas Dutronc: “There was this dinner with Jacques and Thomas then a friend And then at a certain moment Thomas got up from the table and his friend said to me: ‘He’s gone, he’s gone away because he’s crying’.

In 2015, Françoise Hardy was also the victim of a fall which led her to the hospital where she remained for almost three weeks.

On November 19, 2018, Jacques Dutronc announced in the magazine Ici Paris that the singer was again suffering from cancer. “It is only a small tumor in the pharynx (cavity where the digestive and respiratory tracts end, editor’s note) for which she is currently undergoing radiotherapy sessions. The results are encouraging. She must be treated for another two weeks. Then she will go home to rest. She is a little tired, but nothing to worry about,” said those around her, who wanted to be reassuring, to Gala.

Last June, she spoke on RTL where she confided in her state of health. “I had cancer of the pharynx, apparently the tumor is eradicated but finally, it can always come back, you never know with this stuff. It’s sneaky” she declared, adding that the disease was a sign probably the end of his career because of the consequences of it: an absence of saliva and deafness in the right ear. “You can’t be a singer and be in that state, it’s not compatible,” she said.

She is passionate about astrology

In 1963, Françoise Hardy devoted her free time to psychology courses before finally turning to traditional astrology. She decides to let herself be guided by this spiritual science after having consulted the astrologer André Barbault. The latter would have made revelations to her about his personality which disturbed her and piqued her curiosity. This is how Françoise Hardy began to write several books dealing with astrology. Since 1979, the singer has released nearly five books on the subject: The Big Book of the Virgin, Between the lines, between the signs or Universal Astrology: The Zodiac as You’ve Never Seen It.

This passion does not only make people happy since in an interview given to Current wife in 2012, Thomas Dutronc gave his opinion on the question: “It makes me drunk, I don’t listen, he explains, laughing. Attention, I think there are amazing things in serious astrology books, it’s not just anything! But I never asked my mother to think about my future. My father maybe, but not me!

Cancer, miscarriage and astrology… The secrets of Françoise Hardy