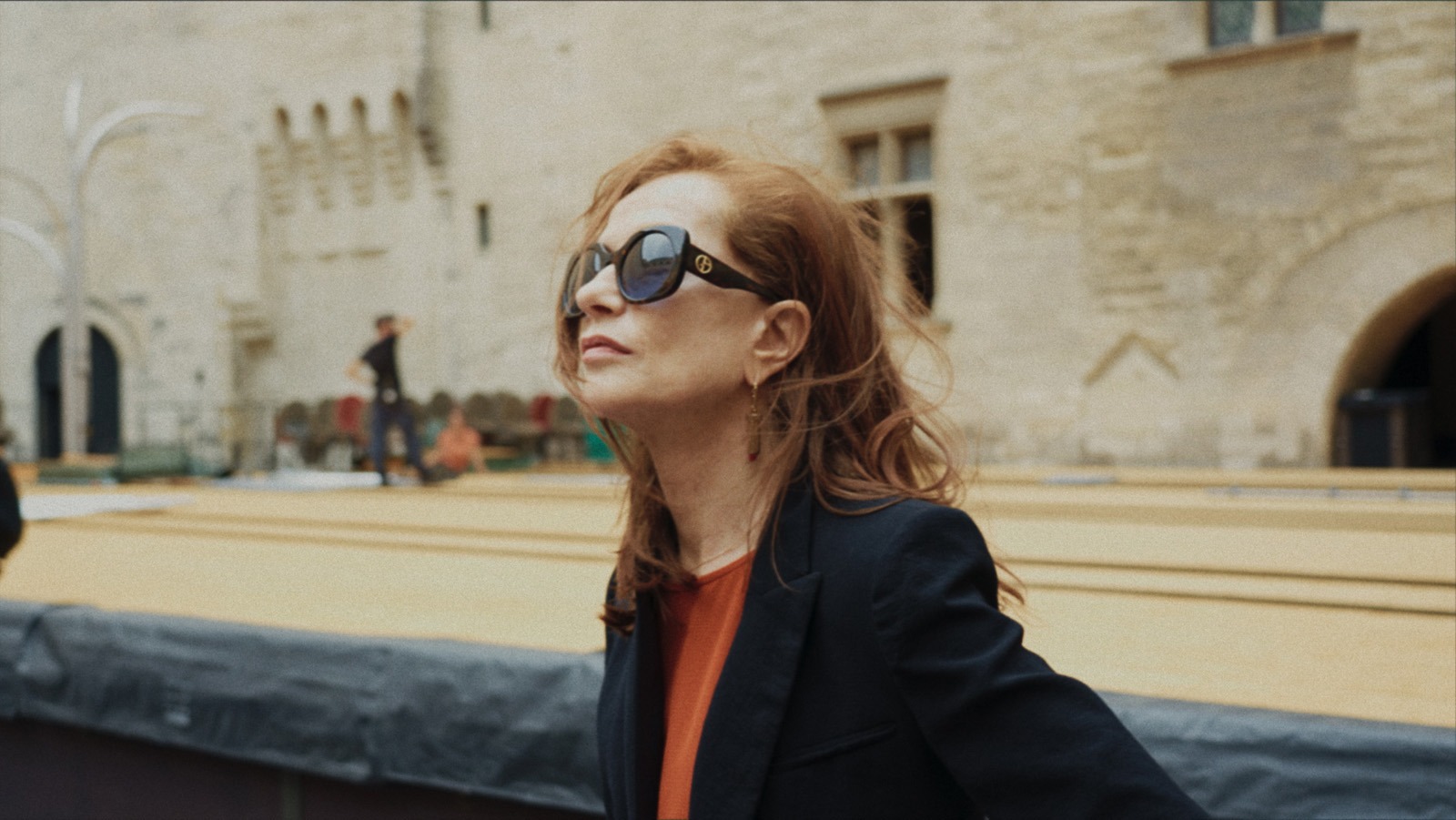 Avignon Festival, summer 2021. An actress, an actor, facing their role, their text, just before the performances. In front of Benoit Jacquot’s documentary camera, Isabelle Huppert and Fabrice Luchini at work.

“A text, you have to know it more than by heart” hammered Jeanne Moreau. The expression, which appeared in the course of the 16th century, has its origins in a belief in ancient Greece, when doctors considered the heart to be the center of human consciousness. Considering that knowing a text by heart refers to our ability to accurately and precisely transcribe a particular piece of knowledge, would the enigmatic affirmation of our late waltzer offer us the key to understanding this magic that only actors know how to invoke, when they give life to words by the sheer force of their interpretation ?

Undeniably, the new film by Benoit Jacquot translated the fascination of the director for the special relationship between an actor and his text. The exercise here is almost a ritual, finding both Isabelle Huppert and Fabrice Luchini twenty-five years later no scandal, and echoing another thrilling, which was already beating to the rhythm of the intimacy of the rehearsals of Fabrice Luchini alone on stage. Thus, a sort of spiritual and plural suite, by heart invites the viewer to a suspended moment, in which two lovers and masters of their art do what they know how to do best: caress the words of their passion that they have for them.

With great generosity, Isabelle Huppert and Fabrice Luchini open almost sacred doors. In this intimacy of the pre-performance, which contains all the doubts and the last moments of the present before leaving the world behind the scenes for those of light, the two actors surrender completely. The meeting, although it never takes place, is that of a duo of ice and fire. One has the elegance of precision, the other the exuberance of passion.. Two actors at odds with each other and yet driven by the same hunger for the word delivered to its truest value – either in its accuracy or in its true meaning.

To all those who don’t know them, by heart is a magnificent introduction to the heart of what Isabelle Huppert and Fabrice Luchini represent in the landscape of the beautiful and great French interpretation. If each moment alongside the one who loves the theater with an unequaled love like “the only place where life expresses itself, the food of life, which no school will ever teach”, the moments of pure abandon with Isabelle Huppert make the whole film. The actress is overwhelmingly candid, opening up to the camera moments of hard work but which, as if by a miracle, open up to an infinite lightness. 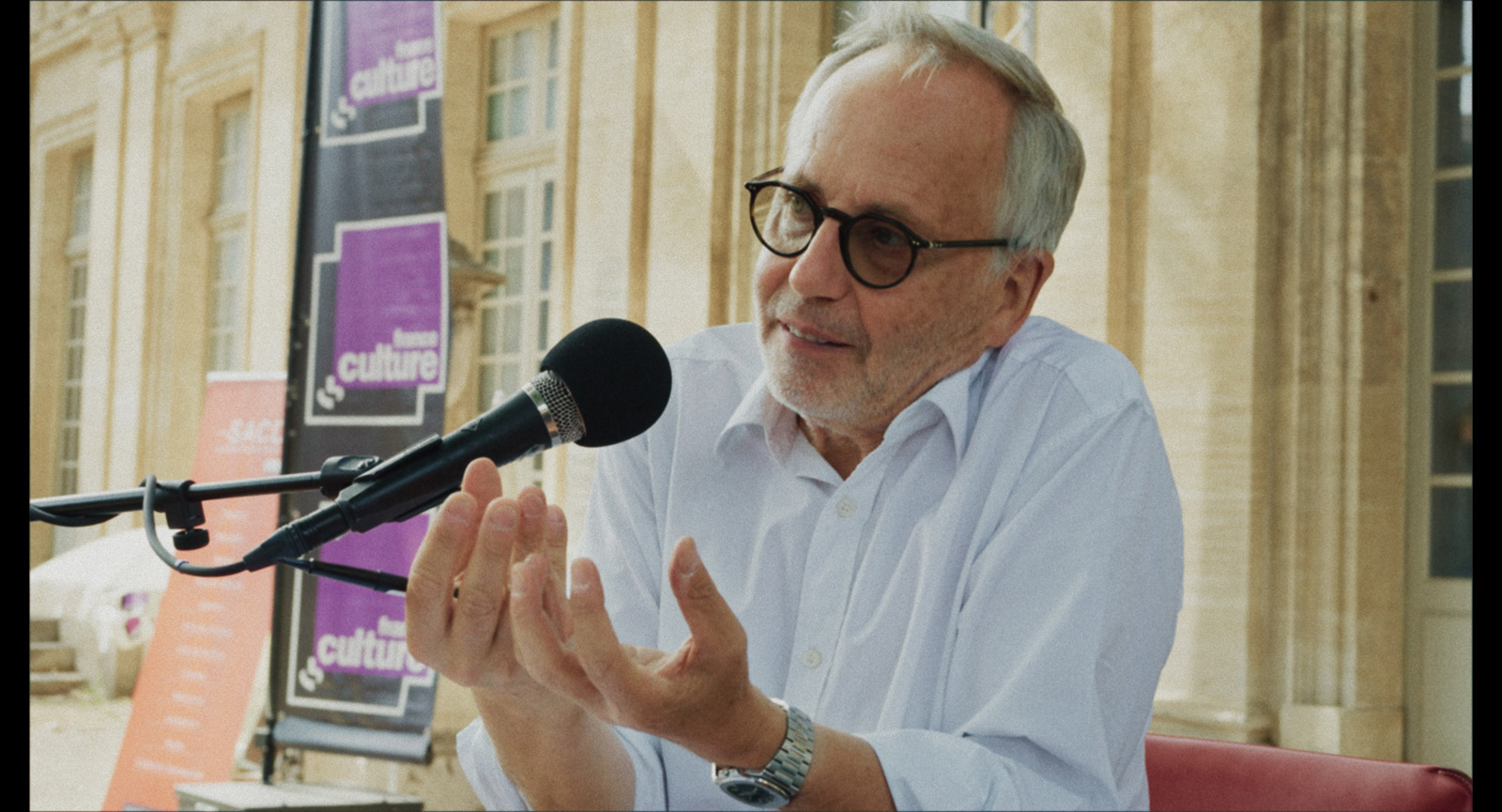 If the moments of introspection are very strong, the didacticism of the staging struggles to completely sublimate the proposal. Less than a meeting in the proper sense of the term, by heart offers a skilfully staged comparison from field to field, exploring the similarities not only between the artists, but also between the exercises in which they are found – a piece with a troupe and lines to give for Huppert, a single on stage as he likes them so much for Luchini. The simplicity of the device, reinforced by shots responding to each other at the beginning and end of the film, paradoxically ends up weighing down this documentary who fails to convey his desire for an implicit dialogue between the two actors he follows.

Nevertheless, remains an undeniable pleasure for all fans of these two great actors, a delicacy to be savored by all those who like to revel in the beautiful verb in beautiful mouths.

Editorial referent. Lawyer in constant training (pleonasm) and cienthusiastic, I have easy tears and very sure disgust.

BY HEARTS – Review of the film by Benoît Jacquot

Palermo. Christmas at Villa Sofia – Brain. For patients "Time for caresses, gestures of care withi...
The struggle of the Garífunas for their ancestral territories in Honduras: "We do not fit in their l...
Elvis never left the building... of our hearts
Tweet
Share
Share
Pin