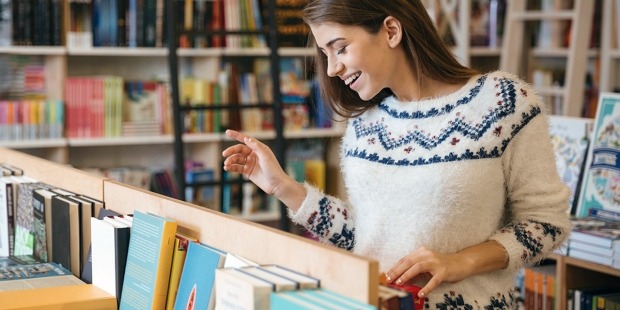 Essays, novels, biographies… Find the ranking of best-selling books from January 5 to 11, 2023 in La Procure bookstores. A strong increase in sales of books related to Benedict XVI since his death has also been noted. A selection of inspiring readings from books published over the past four months.

Summary : Collective, Magnificat, January 2023. This Magnificat Special Edition which appears today is a very beautiful tribute paid to Pope Benedict XVI as well as a magnificent opportunity to rediscover a great spiritual figure of the Catholic Church. His life, his immense theological work, his deep spiritual voice, Benedict XVI was all of this, but above all he was a great pastor of the Church as a devoted servant of Christ Jesus. Find it in bookstores.

Summary :by Adrien Candiard, Cerf, September 2022. We have never talked so much about disasters as today: climate, pandemic, war… Should we fear the end of time? But this is perhaps only a stage and then towards what? Fr. Candiard wanted to examine the texts of the New Testament which speak of all this. The apocalypse is for tomorrow and we feel helpless. However, the New Testament already evokes these disturbing signs… while providing keys to understanding which are real reasons for hope: the Apocalypse of John, of course, but also the “little apocalypses” found in the gospels. Only, these texts, we rarely refer to them, as if we didn’t see them. Or else they have been historicized or spiritualized: in short, they have been made to lose their force. Nevertheless, Jesus spoke well of “the end of time”. And when he mentions the “eschaton”, we must take him seriously. Not to look for correspondences for today, as if it were Nostradamus, but to dig into the meaning of the history that these texts deliver to us. Find it in bookstores.

3In Praise of a Warrior: Therese of Lisieux

Summary :by Jean de Saint-Cheron, Grasset, January 2023. A biographical essay dedicated to Thérèse of Lisieux, in which the author likens the saint to a warrior. It retraces his childhood, the death of his mother, his conversion at the age of 13, his martial training and his entry into the Carmel. Find it in bookstores.

4A LONG ROAD TO UNITE ME WITH FRENCH SINGING

Summary : by François Cheng, Albin Michel, October 2022. “It was at the age of fifteen that singing awakened in me. I opened up to poetry and entered, as if by breaking and entering, into the path of creation…” Since his first essay on water and thirst – the only witness to his Chinese adolescence that he took to France and of which he today delivers the translation to us – passing through his meetings with Gide, Vercors, Lacan, Michaux, Emmanuel, Bonnefoy and so many others, François Cheng shares with us the long road which led him to become, him the exile who could not say “hello” or “thank you” when he arrived in Paris, a French poet. This road, despite the horrors of the war in China, the extreme material precariousness of the first decades in France, and cruel interior torments, but is always enlightened by the French poetry that he internalizes in the depths of his solitary night. Find it in bookstores.

Summary : by Alexia Vidot, Editions Emmanuel, Versilio, January 2023. The author addresses Benedict XVI in the form of letters, each chapter presents a facet of the pope’s personality. Find it in bookstores.

Summary : by Benedict XVI, Cerf, January 2023. Intellectual and spiritual testament of former Pope Benedict XVI, teacher of the Christian faith and defender of doctrine. The work brings together in particular treatises, studies, catecheses, exegeses, sermons, notes, speeches and exhortations. Find it in bookstores.

Summary : by Bénédicte Delelis, Mame, April 2022. Inspired by various testimonies and the personal experience of the author, an open letter intended for mothers describing the faith, charity, gentleness, patience and mercy that characterize the exercise of motherhood. Find it in bookstores.

9THE SECRET OF MY SON, CARLO ACUTIS: HOW HE BECAME A SAINT

Summary : by Antonia Salzano Acutis, Artège, October 2022. Testimony of the mother of Carlo Acutis, who died in 2006 and was beatified by the Catholic Church in 2020, which traces the journey of her son and reviews the strength of his faith as well as the popular enthusiasm, especially among young people, around of his son. Find it in bookstores.

10RED LILY OF THE VALLEY

Books: Thérèse of Lisieux and Benedict XVI compete for the best sales