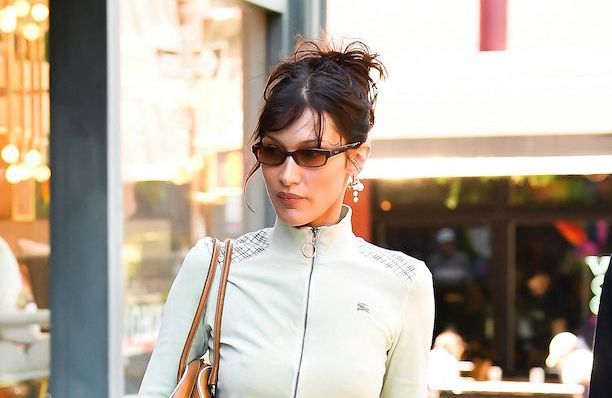 Bella Hadid opened up about her relationship with her culture and religion, inherited from her Palestinian father.

She is undoubtedly one of the most committed American celebrities for a free Palestine. Bella Hadid, she is one of the best-selling faces of the moment, a top model recognized throughout the world and the face of very big brands. But Bella Hadid is now also petitions, videos, photos, archives, open letters participating in the Palestinian struggle. The 25-year-old decided some time ago to stop ignoring what was happening in her father’s country, no matter the consequences.

In an interview with ” QG “, on August 16, in the company of her best friend, actor and director Ramy Youssef, the model confided in her new link to the Muslim religion: “For so long, I missed this part of me and I I felt very, very sad and alone. »

Growing up in Santa Barbara, with a Dutch mother, Yolanda Hadid, and a Palestinian father, Mohammed Hadid, it was difficult for Bella Hadid to remain attached to her father’s roots. Especially after the parents’ divorce. “I would have liked so much to grow up with my father every day and to be able to really live with the Muslim culture. But I was never granted that. After spending the first years of her life in Washington DC with her Palestinian family, Bella was forced to move to the other side of the country: “I was completely separated from my family when we moved to California. »

Today, Bella Hadid seems to reconnect with this part of herself. And above all, the model is no longer afraid to defend her ideas and beliefs. After sharing educational resources about the Israeli-Palestinian conflict and shocking videos of the clashes, she, along with her sister Gigi Hadid and Dua Lipa, attacked by the press which publishes her words in one. “I realized that I am not on Earth to be a model,” reacted Bella Hadid to the magnitude of this affair. “I’m very lucky to have this position, which allows me to talk about these things and to be heard. And seriously, what would be the worst? That I lose my job? »

Bella Hadid’s debut as an actress

This link with her religion has arrived at the same time as a new project for Bella Hadid: she will soon make her debut as an actress. It was by landing a role in the series “Ramy” that Bella Hadid realized that she could be openly Muslim and proud to be Arab, because she was not alone in this industry. The series is indeed centered on a Muslim character torn between his Egyptian culture, his desire to live each day as the last while finding his spiritual path. In the cast of “Ramy”, many guests from the Arab community, like Bella Hadid for the next season.

The model quickly became very close to the director and main actor, Ramy Youssef. Also a Muslim, it was he himself who offered the model this role. “When I arrived on set, I didn’t know how to manage my emotions,” Gigi Hadid’s little sister told “GQ”. “Growing up being Arab and Muslim, it was the first time I was with like-minded people. I was finally able to see myself. »

Bella Hadid: the model regrets her education far from the Muslim religion