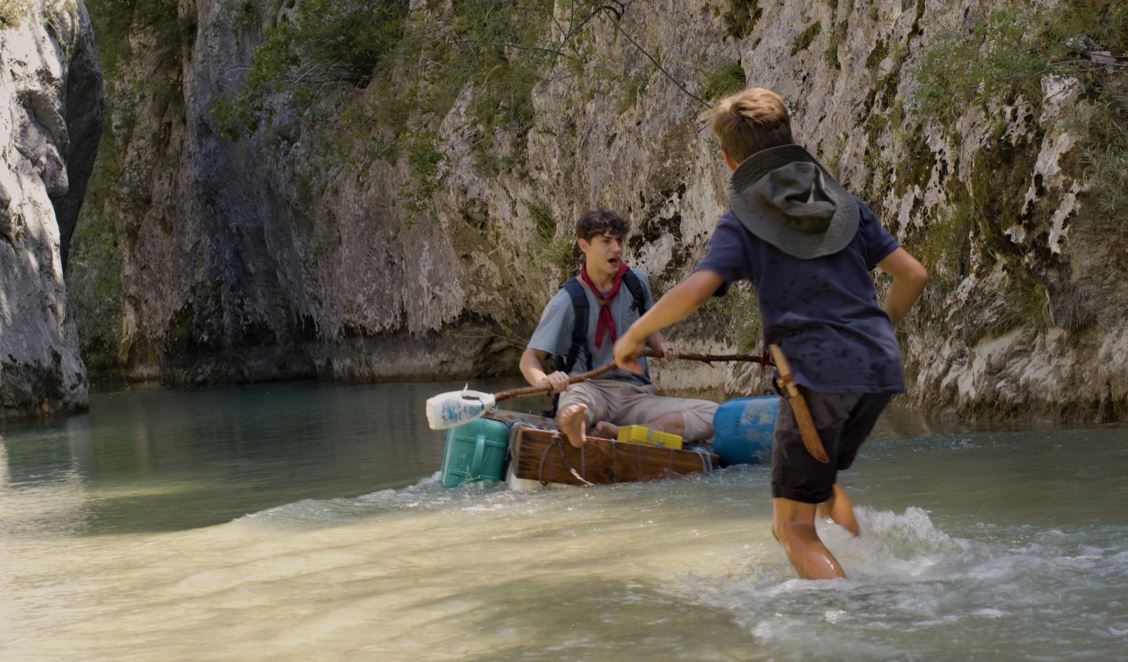 This article is an open forum, not written by the editorial staff of Salon Beige. If you also wish to publish an opinion piece, you can do so by clicking on “Submit an article” at the top of the page.

We are releasing for you the second “Making of” of the PROMESSE film prototype: that of the “raft” scene.

“Making of” the raft:

This veil that we lift behind the scenes of the filming has one objective: to train us for this large-scale evangelization that the art of cinema allows. A film like Promise should touch some seven million ordinary people. A good book touches 5000 and only among those who read.

What will be the Catholic content of PROMISE? Among other things, it will include the quest for the crown of Our Lady of New Orleans, the spirituality linked to the destiny of Mary, clues in the mountains, drawn from Scout law, the discovery of monastic life in the refuge which houses our protagonists and also the discovery in the crypt of a very beautiful liturgy, sometimes in Latin.

Before you watch, I would like to share the ambivalence in which the members of a film crew evolve. On the one hand, they are working on a playful work. But on the other hand, they have little space for lightness.

Certainly, they work with passion. But when their team is at work, they are extremely focused on their share. Everyone knows their place and occupies it diligently, no more, no less.

The clearest reason for this intensity is that a single hour of filming costs up to 10,000 Euros. Since mistakes on either side take 15 mins to an hour to correct, there’s little room for recklessness.

It is in this ethos that I invite you to discover their know-how.

I will start with a light. If there was one consistent quality, it was Cale’s game. Surprisingly, the American teenager of Acadian origin was good in almost all of his shots, whereas on average an actor does it three times.

The reason ? I think she is in the little weight in her character of “what will people say”. Cale is the son of a young nation, he can play like a 3-year-old child: he “believes in it” and that makes it more natural.

Let’s go further in “acting”. Feet in the water, Cale and the director (your truly) had to find the right balance between four major feelings that imposed themselves: short-term panic (“Damn, the raft is taken by the current and I’m going with it!” ), anguish (“How am I going to manage alone in this country which is not mine?”), pride (“I become the guardian of the treasure.”) and finally enthusiasm (“All this is heroic and in fact that I like it”) I think that in his body and his voice, this composition is there.

We had time to balance those feelings because the raft went six times with Cale on board. Indeed, the poor treasure was thrown too far or not far enough by Thomas; the young Jean arrived too early or too late in the image, myself, I forgot the green light of the sound engineer. Everyone coalesced in the desire to succeed.

A bit of image composition now.

In the second shot, the boys run out of the thickets and all remain wonderfully visible. For this, we had placed a circuit of stones in an arc of a circle on the ground.

As for when the raft leaves, Jean tries to catch up with it. Why ? Because it provides a foreground to the scene. It enriches the action. And finally, the two now divergent fates of Cale and Jean lead the audience to consider two near futures. One then puts to work one of the qualities of a screenplay: inviting the public to imagine the sequel and thus make it active. He likes it.

I think this scene will be successful. Knowing of course that it is only part of a prototype.

This is all art or craft, of course. It is not evangelism per se. But on the other hand, we have a call to express our faith through this art. The film has the mission of transmitting to children a high spiritual ambition.
Lord Baden Powell and Blessed Father Sevin tell us that this lofty view is commensurate with the questions of this age group.
The ultimate intention of the film is in short, that young people become aware that they are well and truly made like all human beings to be members of a “chosen race, a royal priesthood, a holy nation, an acquired people, to proclaim the praises of Him who called you out of darkness into His wondrous light. (1 Peter 2.9).

If you too feel called to support this work, know that it has great need of you. You are necessary to him.
Perhaps you are called to be patrons of the arts.

It would be a beautiful act of charity for the children, the charity that inquires into their souls.

Behind the scenes of a shoot! – The Beige Lounge