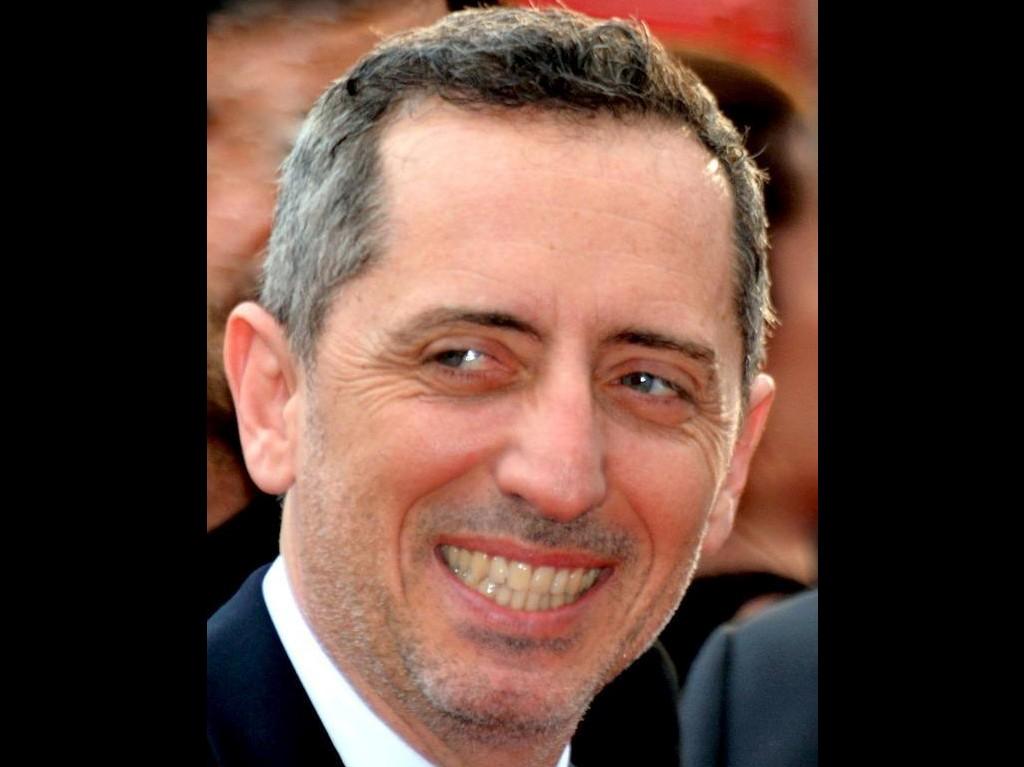 Wednesday, November 16, 2022 is released in theaters a very personal comedy where the actor Gad Elmaleh plays its own role. In ” Stay a bit “Gad Elmaleh recounts his path of faith which led him to ask the baptism in the Catholic Church.

On September 7, Gad Elmaleh caused a stir in the “cathosphere” by revealing that he had taken theology courses with passion at the Collège des Bernardins in Paris.

In a short video posted on social networks, he testifies to what he had “looked for” and what he “found. But that is in progress,” he announced, alluding to his Christian faith.

Born into a Moroccan Jewish family

Gad Elmaleh was born in 1971 into a Berber Jewish family in Casablanca, where he attended primary school in his neighborhood and then Lyautey high school.

His father, a merchant, also practices the art of mime as an amateur. He teaches his son to go on stage from the age of five. Fascinated by the world of entertainment, the child dreams of becoming “a sort of Michael Jackson” and will later draw inspiration from his work on the body and body language.

At 17, he is fluent in French, Arabic, English and Hebrew. Wanting to assume himself, he left Morocco and settled in Quebec near the capital. After studying Political Science at the University of Montreal, he arrived in France in 1992 to follow artistic training at the Cours Florent in Paris. Then began his appearances on the boards. Star of the Comédie Française in the 2000s, he continued his career for three years in the United States, trying to establish himself in Hollywood. Half success.

Elected “funny man of the year” in January 2007 by TF1 viewers ahead of 49 other comedians, he is best known in France for his comic shows. Before becoming an actor, singer and director. Gad returns to the stage in 2019 at the Théâtre de La Madeleine in Paris in “L’Invitation”.

Gad is inhabited: “I’m on the way” he hasn’t stopped repeating for a few years. A path initiated by Jean-Marie Lustiger, former Archbishop of Paris. The cardinal of the Catholic Church, born Aron Lustiger into an Ashkenazi Jewish family, for whom the “Kaddish”, the Jewish prayer for the bereaved, was recited at his funeral. Besides, Gad has chosen his baptismal name: it will be Jean-Marie.

The hardest thing for the artist remains his tug of war between the Jewish faith of his family heritage and his attraction to the Catholic religion. The most famous comedian in France sends discreet signals by taking breaks at the sanctuary of Paray-le-Monial, at the Abbey of Sénanque.

Or by meeting Cardinal Robert Sarah, former prefect at the Vatican, of the Congregation for Divine Worship.

“I am no stranger to spirituality, to faith, to the personal journey, to the quest. These are times when I need to be in front of people who experience something pure, a truth without artifice. This allows me to reconstitute myself in relation to what I live, notoriety, the world in which we are,” he confides.

When did the elusive Gad Elmaleh agree to lift the veil on his faith?

The comedian reveals on May 18, some elements of his spiritual path on the set of the show “C à vous”. Advocating religious tolerance, he implicitly evokes his attraction to the Catholic religion. He does not hesitate to talk about his questions and his spiritual journey in front of the cameras of France 5: “I want to cut a little in my relationships, in the energies that I spend, in the words that I say, in work “.

He thinks his Jewish upbringing has sharpened his curiosity for other religions: “I read Saint Augustine. It moves me and upsets me”. Adding: “I go to churches to seek calm, meditation and perhaps prayer”.

A love story is created very young between him and a woman. A woman who is none other than the Virgin Mary: “I discovered the Blessed Virgin by chance, as a child, at Notre Dame de Lourdes in Casablanca. Without the agreement of my parents whereas their belief forbade it, I pushed the door of the church and came face to face in front of a gigantic representation of the Blessed Virgin who looked me straight in the eyes. It wasn’t a vision, just a simple statue but I was petrified. Bursting into tears, I soon went into hiding for fear of being caught by my family, for fear of curses and superstition. It remained my secret throughout my childhood. Since then, having received a medal from Mary, persuaded to have been under the protection of the Virgin for a long time, I keep it as a lucky charm”.

In July 2020, proposed as co-producer of the show “Bernadette de Lourdes”, the artist was convinced to join this adventure which had already won over thousands of spectators. He agrees to come to the Marian city: “I’m just a comedian. I am of the Jewish faith but I try to understand all beliefs. And this story of Bernadette touched me. She spoke to me. It is not a tale, it is a modern fable on the given word, the faith, the truth which cannot leave anyone indifferent whatever their religion”.

And the least we can say is that this trip changed his perspective: “I discovered people, families who, each year, give their time and their hearts for the sick. I saw my son’s generation reach out to fragile people. It is a youth open to the world, in a place full of people in distress. I insist on that. In a world where we are withdrawn, where social networks eat away at our days, these young people involved in contact with others testify to universal values. All of this touches me enormously and upset me,” he says again.

A journey of conversion to the Catholic faith

In his fifties, Gad Elmaleh chose to convert to Christianity. In “Reste un peu”, even if we do not know his relationship with Jesus, we see a son, a brother, a man inhabited by an intimate quest.

His new film chronicles his journey as a convert preparing for baptism. Committed to the catechumenate, will he receive this sacrament or not? The path is steep. Because he himself assures it on the screen: “To believe is to doubt”.

The question of the “path” between man and God will remain in suspense throughout the film, even if man’s support is strong: “The hypothesis of God fascinates me. She gives me a lot of joy”.

Was this article helpful to you? Know that you can follow Actu Lot in space My News . In one click, after registration, you will find all the news of your favorite cities and brands.