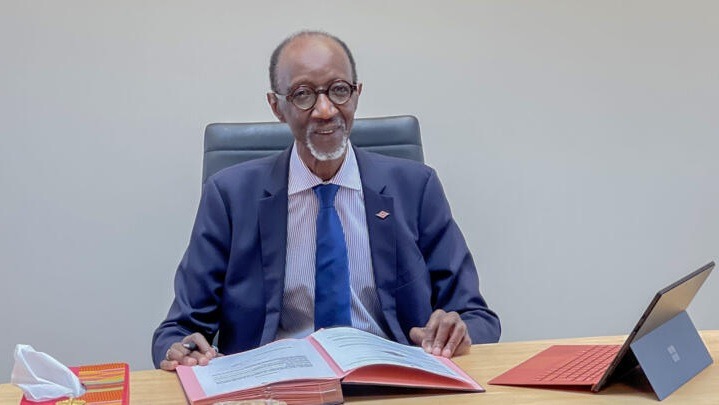 In its annual ranking of insurance companies of the year 2014, “The Witness” wondered how it was that Pathé Dione, a Senegalese insurer weighing very heavy financially, has established itself in 11 African countries since 1998 while forgetting his native Senegal? This independently of the fact that no one is a prophet in his country! As soon as the edition in question was published, Pathé Dione, who we only knew by name, called us from Paris. Among other things, he was pleased with the performance of Senegalese insurance companies in a very competitive environment where foreign multinationals reigned supreme. “Besides, the answer to your question comes in its time! Because I decided to come and invest in my own country, Senegal, with the acquisition of a local insurance company. A launching ceremony will be organized in this sense. My friend and partner Mouhamadou Moustapha Noba will take care of the invitation of the “Witness” Pathé Dione promised us. The insurance company in question was CGA, of which former Prime Minister Mamadou Lamine Loum was the president and Noba, the general manager.

Well thing promised, thing done! The promised invitations had indeed reached us and we had attended, Mamadou Oumar Ndiaye and I, the great launching ceremony in question which had taken place around the swimming pool of a palace in the capital in the presence of the All Dakar Insurance, finance, banking, industry and business in general. On this occasion, Pathé Dione had declined its projects for the continent but also for its country where it was setting foot, therefore, by the acquisition of Cga, as we have said, but also of Uasen-Vie which it had donated to the Sunu Group brings together all the companies and subsidiaries established in Africa. But above all, above all, the greatest gift he gave to Senegal was to buy Bicis, a Bnp-Paribas subsidiary, thus becoming the first Senegalese to own an establishment in the Top 10, or even Top 5, banks in the Dakar square. This while, until then, banks with Senegalese capital were subscribers to the red lanterns of the rankings!

Alas! This Pan-African Insurance and Banking magnate, Pathé Dione, died yesterday, January 12, 2023, in Paris at the age of 81. The lifting of the body will take place after tomorrow Sunday at the Principal Hospital in Dakar followed by the burial in the cemetery of Yoff, in Senegal, his country of origin where he will now rest for eternity.

A graduate of the Center des Hautes Etudes d’Assurance de Paris (Chea), Pathé Dione spent a large part of his career as an insurer within the Uap group (currently Axa) from which he bought certain “life” subsidiaries in 1998. C It was then that he founded “Sunu”, a Wolof-sounding name that means “our”. A group that he will lead and chair for more than 20 years. After buying a bank in Togo, he launched into Bancassurance and tried to buy various Bnp subsidiaries in West Africa where his ambitions were thwarted by the heads of state of the countries in which these subsidiaries. Welcomed with open arms in Senegal, the authorities have thrown all their weight into buying the flagship Bicis, which the Sunu Group is to officially take over next month, in February. Alas, God will not have wanted him to attend this great moment.

At his death, Pathé Dione left behind him a large pan-African group comprising more than 30 companies and companies established in 19 countries and employing more than 5,000 employees, associates and partners. Among them, his ex-friend, spiritual “son” and Senegalese partner Mouhamadou Moustapha Noba, former general manager of Sunu Assurances Senegal, too saddened by the disappearance of the CEO Pathé Dione whom he had visited in Paris where he was sick and bedridden. It was quite recently. “With the reminder to God of my friend Pathé, it is a Great Pan-Africanist Monument that has collapsed! Qualifiers will not be enough to evoke the memory of the late President Pathé Dione.

Very early, like the children of his time in the mid-1940s, Pathé Dione had learned to master the Holy Quran with the late venerated Serigne Mountaga Tall as master. Beyond the Koranic science that he mastered, Pathé Dione was an unknown Islamologist coupled with a great intellectual, a great financial engineer in all fields after having completed advanced studies in the major universities of Europe and America. And when the French insurers decided to sell certain African subsidiaries, Pathé Dione, as a convinced Pan-Africanist, offered to buy them back. Thus began the saga of Sunu Assurances in 1998. Today, the Sunu Group is present throughout Central Africa, Francophone and Anglophone. But also in West Africa. Pathé Dione was a man of generosity and sociability hard to match. The proof by the Foundation he created to help the poor” testifies the former president of the Federation of Senegalese Insurance Companies (Fssa).

Recognized as one of the most brilliant financiers of his generation both in Senegal and in Africa, Pathé Dione, emblematic figure of Insurance and Banking in Africa is gone!

In this painful circumstance, “The Witness” presents its saddened condolences to the bereaved family as well as to all the actors of the Senegalese insurance and finance sector.

A PAN-AFRICAN INSURANCE AND BANKING MAGNATE HAS DIE!

"Father Pio? a giant of the Spirit. And San Giovanni Rotondo a world crossroads of faith "
'Avatar: The Sense of Water' is a great war spectacle: James Cameron returns to the epic adventure i...
Netflix: This documentary is less than 6 hours long and it's definitely one of the most incredible s...
Tweet
Share
Share
Pin