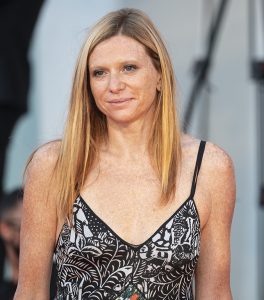 “I am not a believer, but in search: like everyone else. The story of Chiara and Francesco causes me great emotion. Chiara finds meaning with respect to the two women told before her, Nico and Eleanor Marx, and she finds a more positive end: for her faith and for the community she has been able to surround herself with. It is fun to tell an icon that works miracles: indeed, she does not do them, God does miracles, because a saint is not a magician ”.

Protagonists Margherita Mazzucco, in the cast Andrea Carpenzano (Francesco), Carlotta Natoli, Paola Tiziana Cruciani, Luigi Lo Cascio, the film both opens in Assisi, in 1211: Chiara is eighteen, and one night runs away from the paternal house to reach her friend Francis. From that moment her life changes forever. She will not bow to the violence of her family, and will even oppose the Pope: she will fight with all her charisma for herself and for the women who will join her, for the revolution.

Nicchiarelli dwells on the language of the film, underlining how “Francesco already spoke with everyone’s language: he spoke with people, not with birds. To bring religion out of the cathedral, here is the vernacular, since they did not understand Latin. We did not want to use modern Italian, but the Italian of Chiara and Francesco, taking a cue from Birds and birds by Pasolini, by the friars Totò and Ninetto Davoli who spoke Neapolitan ”.

Chiara – continues the director who benefited from the advice of the late scholar Chiara Frugoni to whom the film is dedicated – “was a rebel, even before being a feminist she had a radical political message: in front of those who have everything and those who have nothing, she wanted a community of equal, not hierarchical. A revolutionary act, because she, as she was a woman, was not allowed the active apostolate as Francis did ”.

On the choice of interpreters, he notes: “My first thought was that they were of the right age, 18 Chiara and 30 Francesco. For me it was essential to tell about kids, not adults ”.
Already Lenù ne The brilliant friend, Mazzucco says: “Young people today do not believe in spirituality, but in idols or actors. I often go to church, it reassures me a lot, and I believe the brotherhood and sisterhood of Clare and Francesco is still there today ”.

Beside him, Carpenzano speaks of his Francis as “a man among men, he had a sense of community, he loved others more than himself, something very current. When I was very young I didn’t understand why the Pope was always the third piece of news on TV, but he remains a figure to cling to ”.

To them, namely Francesco and Chiara, Nicchiarelli ascribes “a revolution based on being, on example”, then reveals Francesco della Cavani and Jesus Christ Superstar among the influences, finally he talks about location, the formerly Pasolinian Tuscania, and music : “The anonymous frottolisti, an early music ensemble, which works on period manuscripts. I wanted religious and secular music, courteous love, and in the finale Cosmo, which has a perfect text and delivers Chiara to the present day, to the need to find herself ”.

Clear will soon be distributed by 01, Rai Cinema CEO Paolo Del Brocco relies on Santa Chiara, who is the patron saint of audiovisuals: “We really need a saint in the cinema”.