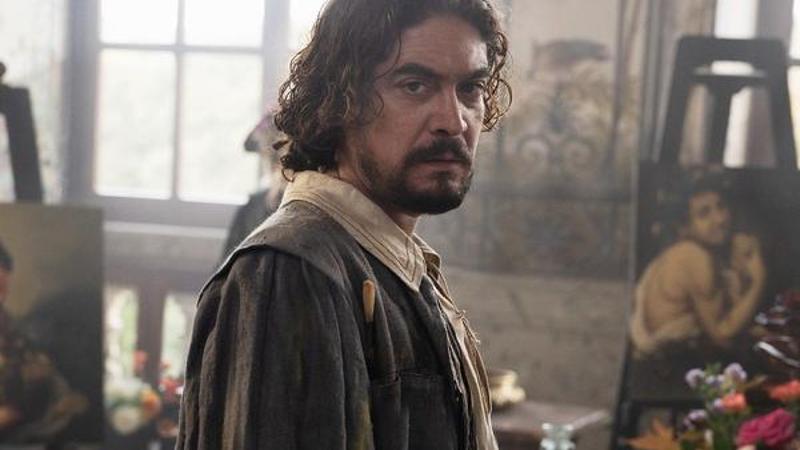 THE SHADOW OF CARAVAGGIO

Who knows if Michele Placido was attracted to the figure of Caravaggio for the artistic greatness, the luministic innovation or the sense of maudit that the figure of Michelangelo Merisi has brought with him throughout his life, perhaps identifying himself from afar with the cursed artist, as to say, after all, I too am a bit uncomfortable like him. A project that Michele Placido had been carrying with him since 1968, when he, as soon as he arrived in Rome, he spends his afternoons in Campo de ‘Fiori together with his colleagues from the Academy.

The suggestions of the big city, the story of Giordano Bruno ignited discussions on the philosopher and his era, together with future projects. The film that Placido had in mind was a story that would restore the artist’s authenticity with his vices and virtues in his deep and visceral humanity and at the same time all the truth of his time, far from any scholastic or academic patina. , a painter who in a Rome full of spies collected his traveling companions from the streets, transformed into sacred and immortal icons.

After the death sentence for having committed a murder during a fight, the painter gives himself up to a clandestine existence to avoid capital punishment, guest of Princess Colonna, under the weight of the beheading that lies ahead and this is how in his works convicted subjects and a massive presence of severed heads begin to make their way.

Certainly Placido’s film is a lost opportunity, an unsuccessful film, because if on the one hand it highlights in an almost didactic way the figure of a tormented, transgressive man, full of inner disagreements, a sort of cursed rock star , but much in demand, as he himself defined it; on the other hand, he does not deepen the themes of his art or the reasons for his perdition. So if on the one hand the controversial figure of the artist emerges, on the other hand that idea of ​​light that also inspired many directors, not least Luchino Visconti, but above all Merisi is debased as an artist too lost in the suburbs, remains on the sidelines. What is not acceptable is that Caravaggio, a native of Lombardy, speaks like a man from the Roman suburbs. A little too much, even for a cursed painter! (Michele Gottardi)

A reflection in the water. It can be seen in the opening sequence of Bogdan George Apetri’s third film but, above all, it assumes all its meaning, powerful and decisive, in its epilogue. Perhaps it is something divine or, perhaps, it is more simply the reflection of a civil conscience that re-emerges while chaos seems to reign all around.

Because “Miracle – Story of crossed destinies” (distributed by Padua-based Trent Film, a reality which does not lack courage in its “editorial” choices) is a lucid photograph of current Romanian society, suspended between archaic traditions innervated by an often obstinate spirituality (up to to become almost conspiratorial) and a more rational and scientific modernity, but not for this reason reconciled.

A clash of systems that Apetri tells through two narrative blocks. In the first follows Cristina (Ioana Bugarin), a very young and tormented nun who secretly leaves the monastery to go to the hospital and look for someone. Upon her return, Cristina will be the victim of ferocious violence by a mild-mannered and friendly-looking taxi driver, abandoned at the end of his life in one of those “non-places” between the countryside and the city.

In the second block, Inspector Marius Preda (Emanuel Parvu) investigates the episode, blinded by a feeling of justice that overflows in revenge against the guilty who risks getting away with lack of evidence. The fates of the two protagonists are the point of contact between opposing worlds, between antithetical visions in which Romanian society itself struggles.

In the end, the miracle of the title can be read with the fideistic key as with the civil one: Cristina and Marius, Marius and Cristina complement each other and, even if the price to pay is very high, they save each other and, at the same time, seem ignite a spark of hope, lifting the shroud of a nation trying to be reborn.

Between long sequence shots (remarkable and chilling the one that takes from a distance the violence suffered by Cristina) and the intimacy of a gaze more tenaciously attached to faces and bodies, Apetri finds a synthesis capable of capturing socio-political and personal drama of the protagonists. Without ever judging one or the other: always leaving a diaphragm, a reflected image in which the viewer can see only a shadow or something more. (Marco Contino)

Marek Polsky (David Hayman) is a Polish Jew who survived the Holocaust, as opposed to his family exterminated in concentration camps. After the tragedy (we are in the 60s) he moved to Colombia where he leads an isolated life in a shabby house, cultivating his beloved black roses. When an ice-eyed German (Udo Kier) moves into the mansion next to him, Marek is convinced it is Adolf Hitler who fled to South America in disguise. Thus he begins a methodical espionage operation to unmask the Führer and find justice and, perhaps, inner peace.

“My Neighbor Adolf”, directed by the Russian-Israeli Leon Prudovsky, relies on two excellent actors to tell, with the register of farce, the obsession of man and, at the same time, his own crisis in the face of the possibility of a feeling of compassion towards a monster, or rather the monster par excellence. Because Marek, in order to establish his own certainties, is forced to approach and discover unexpected similarities with “the cursed crucco” (first of all the passion for chess).

Taking a cue from the mythology of Nazi criminals believed to be dead and escaped to remote corners of the world (as, indeed, it has happened for some of them), Prudovsky finds the right step, proving to be decidedly at ease when the tragedy declines on the tracks of the grotesque, with some genuinely funny sequences. He is less effective and more predictable when, instead, he has to settle on the tones of the drama. “My neighbor Adolf” remains, on the whole, an enjoyable and balanced story with that initial self-portrait that condenses, in that wait before the shot, all the drama of a humanity that will soon be hit by the greatest tragedy in history. (Marco Contino)

100 percent cinema, the reviews of the film released on November 3